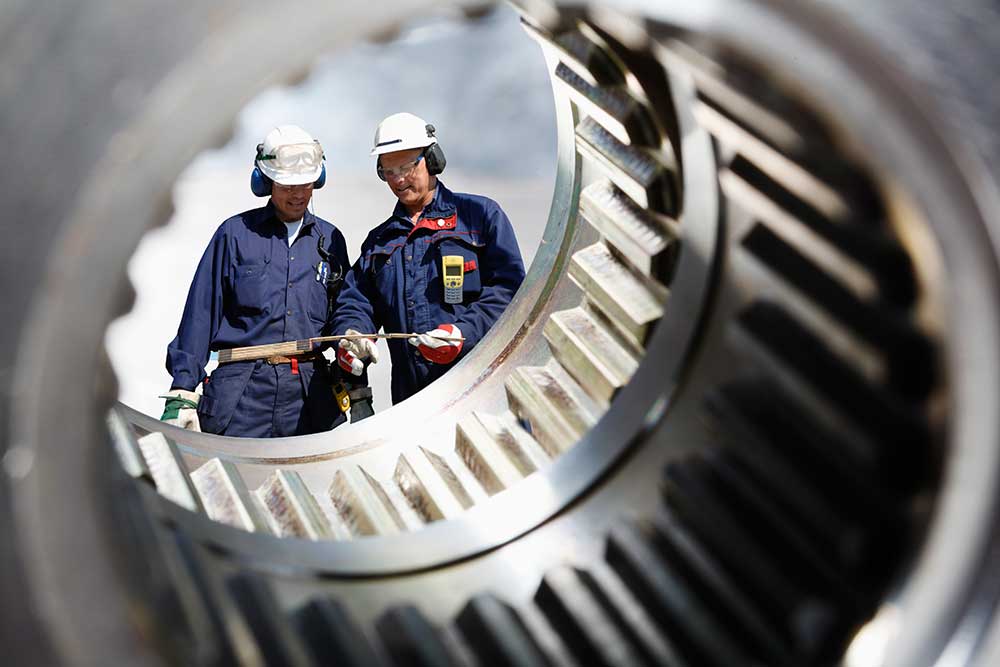 A few weeks ago, I spoke at the Economic Development Council in Brownsville, TX about the urgent need to bring manufacturing back to America.  Brownsville is an economically depressed area with 7-8% unemployment rate.  The city is working very hard to attract new manufacturers and jobs to the region by making it an attractive location for factories.

With Trump’s promises to bring manufacturing back, there is a lot of speculation regarding whether this means outsourced jobs will be coming back from Mexico and into the Rio Grande Valley region, including Brownsville. Perhaps, but at what price?

The current economy in Brownsville is dependent on the Mexico-U.S. border crossing that separates the city from Matamoros on the Mexico side. This cross-border trade provides a significant portion of jobs in Brownsville such as import brokers and their staff, truckers, warehousing and distribution services.

South of the border

On the Mexico side of the border there are huge industrial manufacturing sites in Matamoros and the industrial areas of Monterrey. In this region, Mexicans make everything from apparel to electronics and automotive parts.

Companies move to Mexico, to take advantage of low-cost labor and low-cost operating environments. Labor rates in some parts of Mexico are on par with China.

In addition, NAFTA adds to the economic appeal of manufacturing in Mexico by eliminating import tariffs between the three signatory countries: Canada, US, and Mexico.

So what might happen in Brownsville, and all along the Rio Grande Valley border areas if NAFTA is renegotiated or the U.S. withdraws from the treaty altogether, as Trump has promised? There are certainly two sides to this story. About half of the residents in the Rio Grande Valley region voted for Trump and half for Clinton, and they will readily offer their differing opinions.

Not your grandfather’s manufacturing job

No matter what the pundits on either side are predicting, and even if NAFTA is modified or scrapped altogether, it is unlikely that all of these jobs will come back to America. Returning manufacturing to anywhere in the U.S. is likely to provide opportunities to modernize and automate production, thereby reducing operating costs and enhancing productivity – ultimately requiring far fewer workers.

Much has changed in the 20 years since NAFTA came into effect. The jobs needed in advanced manufacturing factories are fewer and very different than they were when American manufacturing headed south to Mexico and west to China.

Today’s advanced manufacturing jobs require a host of new skills and technology, for which workers will have to be retrained.

Advanced factories today are full of robots, computerized machine tools, 3D printing and IoT connected machines. These things require completely different skills from those of even one generation ago.

If the NAFTA treaty ended, the U.S. would be free to increase tariff rates on imports, presumably to make manufacturing in the U.S. seem more cost competitive.  But import tariffs mask the problem and allow companies to get lazy about being cost-efficient.  Instead of focusing on productivity improvements and cost cutting, manufacturers wouldn’t have to do much to compete with higher-priced imports. Tariffs protect companies from foreign competition.  Meanwhile, we know that U.S. consumers will have to pay more for imported goods as well as American-made goods. The consumer loses either way.

On the other hand, there are economists who say that NAFTA has caused the loss of countless jobs to the lower-cost environments in Mexico, and that these jobs will come back in a post-NAFTA trade environment. They argue that instead of doing nothing, we should take every opportunity to raise all import tariffs, eliminate trade agreements, and close our borders to immigrants and trade. This, some say, will make America competitive, even though there is no gain in productivity or cost reduction in American manufacturing.

What they may be forgetting is that we have gone down this pathway before with the Smoot-Hawley Tariff Act of 1930, which raised tariffs on about 900 products.  Historians blame Smoot-Hawley for triggering the Great Depression of the 1930s.  They point out that Smoot-Hawley caused sharp increases in consumer prices, which led to consumers buying fewer products, which in turn led to low demand, lay-offs, high unemployment and ultimately the stock market crash.

For sure, NAFTA has its problems. The import/export paperwork required to track goods moving across the borders and the associated record-keeping can be onerous. Special rules for truckers from Mexico have taken a toll on American truckers, and the effects don’t end there.

But overall, most economists think NAFTA has had a net positive effect on the U.S. economy.

I hope we have learned our lesson from American history. To revitalize American manufacturing we must focus on innovation, automation, productivity and cost efficiency. Let’s not allow history to repeat itself.

For more information on maximizing your supply chain efficiency and navigating the legal issues, check out Rosemary Coates best-selling books 42 Rules for Sourcing and Manufacturing in China and Legal Blacksmith – How to Avoid and Defend Supply Chain Disputes.

Ms. Coates is the Executive Director of the Reshoring Institute and the President of Blue Silk Consulting, a Global Supply Chain consulting firm. She is a best-selling author of: 42 Rules for Sourcing and Manufacturing in China and Legal Blacksmith - How to Avoid and Defend Supply Chain Disputes Ms. Coates lives in Silicon Valley and has worked with over 80 clients worldwide. She is also an Expert Witness for legal cases involving global supply chain matters. She is passionate about Reshoring. View all posts by Rosemary Coates