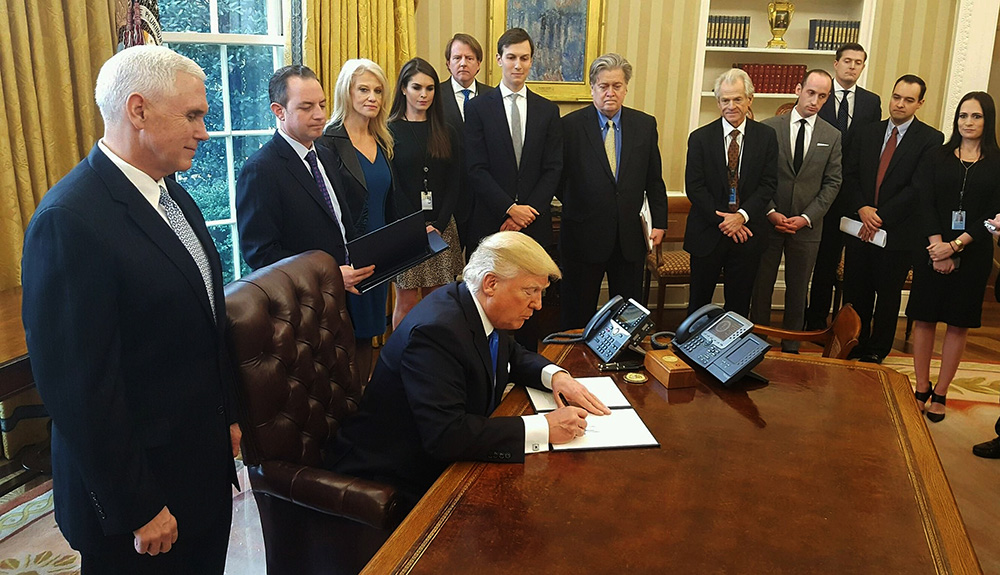 The election of Donald Trump as President of the United States has sparked a discussion in the media over whether the era of multilateral trade, of which NAFTA, TPP and TTIP were the crown jewels, is dead. Does his presidency mean the end of new major multilateral trade deals?

To some degree, that answer has to be yes; but not entirely.

For decades, trade policy has been led by Washington. No other capital has had a bigger influence on global commerce. Being the largest economic, military and geopolitical power certainly means that any major shift in U.S. trade policy will impact global trade policy as well.

This is seen most clearly with the Transatlantic Trade and Investment Partnership (TTIP) and the Trans-Pacific Partnership (TPP). President Trump has already withdrawn from the TPP, though that doesn’t mean the deal is wholly dead (more on that below). If we extend his logic on the TPP to the TTIP, as investors would be wise to do, that agreement between the U.S. and the E.U. is likely at the end of its road as well.

Under President Trump, Washington has indeed gone bilateral. Trump decries multilateral trade deals as bad for America. His focus, he says, will be on establishing bilateral trade relations and negotiating from a position of strength. He thinks the U.S. can get better deals for its workers that way.

After all, the U.S. is the biggest economy in the world, and it can easily overpower many other countries in bilateral talks. The U.S. negotiators will have an enormous amount of leverage in bilateral negotiations, even with other major economies. By contrast, American bargaining power often decreases when it is negotiating with multiple countries, as was the case with the TTIP and the TPP.

NAFTA’s future is more certain than either the TTIP or the TPP, since it is an existing, entrenched trade deal. With established links and interests, it will be much harder to nix the regional pact. However, a renegotiation is almost certainly going to occur. Donald Trump’s re-election depends on it—he won office because of votes in the Rust Belt, and those voters feel passionately that NAFTA should be scrapped or renegotiated.

NAFTA renegotiations will be an historic challenge for Ottawa. While America’s sights are largely set on trade with Mexico, Canada needs to brace itself for what could be a rough ride as well. Though trade with Canada almost never made its way into a Trump campaign speech, complacency will not serve our policymakers.

Is the TPP dead?

There were two major players in the TPP negotiations—the U.S. and Japan. It was commonly believed during the negotiations that if either of those two countries failed to ratify it, the deal was dead. While Japan ratified the pact, the U.S. will not.

However, that doesn’t mean the TPP is dead per se. Australia is pushing for the deal to continue without the U.S., though this is unlikely. Even if the deal doesn’t get ratified and the TPP is gone in name and country make-up, many of the innovations that came from it may find their way into future trade deals. The TPP was often heralded as the new gold standard for trade—these ideas don’t go away with the end of the pact. Expect to see some of those processes replicated in future deals.

Is the world following the U.S. to bilateral trade?

As Washington pivots away from decades of multilateral trade policy, will the rest of the world follow? To some degree, they will be forced to. Countries that want a trade deal with the world’s largest market will be forced to negotiate bilaterally with the U.S. This includes Japan and the U.K.

However, there is no evidence yet that the rest of the world will only negotiate bilateral deals with other countries.

Multilateral trade isn’t dead in Europe either. After Trump’s election, Canada and the E.U. ratified the Comprehensive Economic and Trade Agreement (CETA). The United Kingdom, too, is keeping a multilateral E.U. trade deal on the table in its Brexit negotiations.

Nevertheless, there are still storm clouds for multilateral trade in Europe. While the TTIP has not been officially abandoned, anyone who took in Trump’s rhetoric on the TPP cannot imagine he supports the E.U. deal.

The TTIP is further complicated by an E.U. election calendar which is not favourable to the agreement. Over the coming years, France and Germany (the major E.U. players) will both have elections in which populist candidates are either leading in the polls or rising in popularity. The result is that French and German mainstream leaders will be forced to make concessions. While they are unlikely to abandon the TTIP altogether, they may have to tamp down enthusiasm and make some changes. Of course, the victory of right-wing populists in either country could kill the deal as well.

There is no doubt that Donald Trump’s election will change world trade, marking a break from the multilateralism that has become popular in recent decades. However, there is currently no evidence that the rest of the world will shift its policy framework just yet, placing the U.S. at odds with many other countries over the future of international free trade.