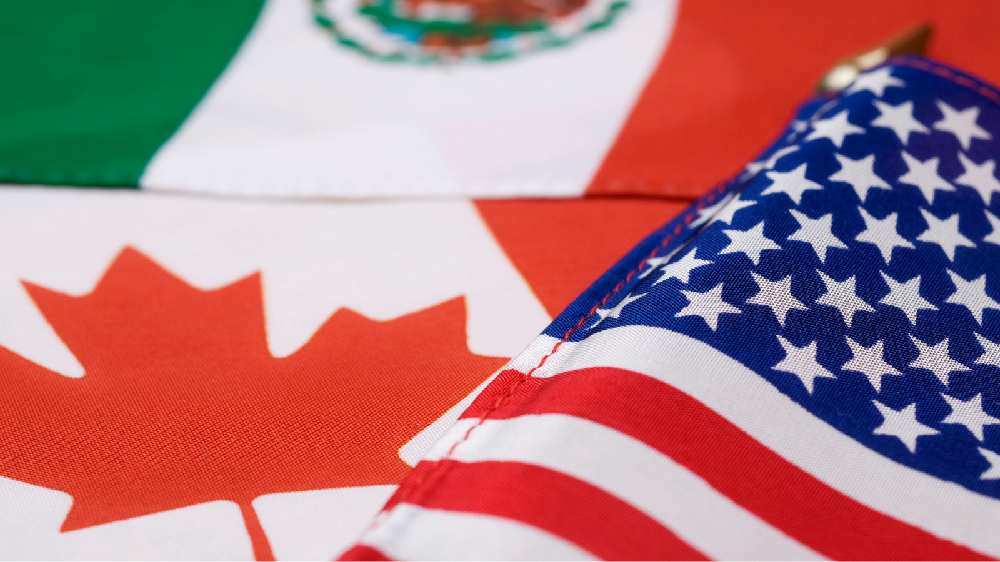 Earlier this month, Mary Ng, Canadian Minister of Small Business, Export Promotion, and International Trade, along with Tatiana Clouthier, Mexico’s Secretary of Economy, and Katherine Tai, United States Trade Representative, marked the one-year anniversary of CUSMA, also known as the Canada-United States-Mexico Agreement. This historic all-female gathering took place in Mexico and saw all three women converge, in person, to mark “their commitment to North American supply chains and economic competitiveness, which have created significant economic growth and benefits for people and workers in all three countries,” according to the official Trilateral Joint Statement.

For many, the acronym CUSMA is still not second nature—even prompting some to refer to it as the “New NAFTA” (the North American Free Trade Agreement) or “NAFTA 2.0,”—and there are many reasons for this. For starters, the countries that are part of CUSMA each refer to it differently, with the U.S. calling it “USMCA” and Mexico often calling it “T-MEC.” Beyond the name, the details surrounding CUSMA aren’t as clear-cut as they were with NAFTA (which came into effect January 1st 1994), prompting many questions about the trade agreement that have yet to be answered to this day.

To understand what CUSMA is, the history leading up to its enactment, and where it stands today, read on below:

Many refer to CUSMA as the “New NAFTA” or “NAFTA 2.0” because it is largely a revised version of NAFTA. Similar to NAFTA, it is a free trade agreement between Canada, the United States and Mexico that defines the National Treatment and Market Access for Goods between the countries, determining rules and regulations on tariffs, rules of origin, customs administration, trade facilitation, and many other trade-related matters.

The agreement covers a long list of items, from agriculture and textiles to regulatory matters such as government procurement, macroeconomic policies, Intellectual Property (IP) rights, and rules for Small and Medium-Sized Enterprises (SMEs).

The tumultuous history of CUSMA

CUSMA was created at the insistence of former U.S. President Donald Trump. He was outspoken about his dislike of NAFTA during his presidential campaign and pushed for a new trade agreement that favoured American interests—even going so far as to threaten to terminate the agreement altogether if the other countries did not acquiesce to a new agreement. Unsurprisingly, the negotiations for many of these changes were tense, and leading up to the signing, the U.S. increased the tariffs on specific imports from Canada to the U.S., causing Canada to do the same in retaliation. Mexico also had criticisms of the agreement in many areas.

Eventually, CUSMA was ratified on March 13, 2020, with Canada being the last country to ratify. Following this, the agreement officially came into effect on July 1, 2020. In a State of the Union Address, former President Donald Trump said of the agreement, “The USMCA will create nearly 100,000 new high-paying American auto jobs, and massively boost exports for our farmers, ranchers, and factory workers. It will also bring trade with Mexico and Canada to a much higher degree, but also to a much greater level of fairness and reciprocity.” Meanwhile, critics, noted that Canada, in particular, was consistently treated as an “enemy” instead of a partner throughout the negotiations.

What were the main changes in CUSMA?

Additionally, there were increased incentives for automobile production in the U.S., a higher duty-free limit for Canadians who buy goods from the U.S. online, and greater access to the Canadian dairy market from the U.S.—a move which has had large financial repercussions on the Canadian dairy industry. However, many see the provision on labour, especially for workers’ rights in Mexico, as largely positive and progressive.

How is CUSMA doing today?

The views on CUSMA’s impact in North America one year after it came into effect are varied. Many, especially those with U.S. interests, view it as a success, while critics say that other countries were forced to make unfavourable concessions. Currently, there are disputes in several areas including labour rights violations in Mexico and a USMCA dispute panel has been initiated over dairy tariff rate quotas (TRQs) applied by Canada.

Learn more about trade tariffs and quotas in our FITTskills course, Feasibility of International Trade.

To complicate the matter, COVID-19 delayed the implementation of many CUSMA measures, with all countries focusing their efforts on pandemic relief. As such, much of the impact of CUSMA remains to be seen, though, initial predictions found the economic impact to be modest, with Global Affairs Canada projecting that Canada would benefit from CUSMA by 0.249 percent of GDP by 2025 when compared to a scenario without NAFTA in play.

In a news release on the Government of Canada website, there were noted next steps for CUSMA, including the following:

“As our countries continue to combat the COVID-19 pandemic and continue our shared recovery from an economic downturn that has disproportionally impacted SMEs and underrepresented communities, we recognize that the CUSMA has an important role to play in revitalizing our region. As we continue implementing the CUSMA and ensuring that this Agreement benefits those that have historically been left behind by trade agreements, the Parties have agreed to continue to hold engagement meetings with underserved communities and to hold a Trade Deputies meeting before the end of this year to assess progress on the areas highlighted today and identify ongoing opportunities for future engagement.”

CUSMA’s chapter on small- and medium-sized businesses could be very beneficial for these businesses. Still in the nascent stages, the CUSMA additions for SMEs are moving forward with items like establishing a committee that will study how small businesses engage in trade and determining how SMEs in all countries can benefit from the agreement.

This is especially important now, as many SMEs have suffered great financial losses due to the pandemic.

Perhaps on future anniversaries of the agreement, SMEs in all three countries may conclude that the true legacy of CUSMA  is that it serves as a catalyst for equitable growth, a model for competitiveness, and a stoke for innovation while also protecting the shared environment in North America.

I am the Content Marketing Manager for the Forum for International Trade Training (FITT). My background is in copywriting, content strategy, content marketing, and content management. Passionate about stories with purpose and meaning, I connect readers to writing that's engaging, useful, and informative. View all posts by Sheena Koo