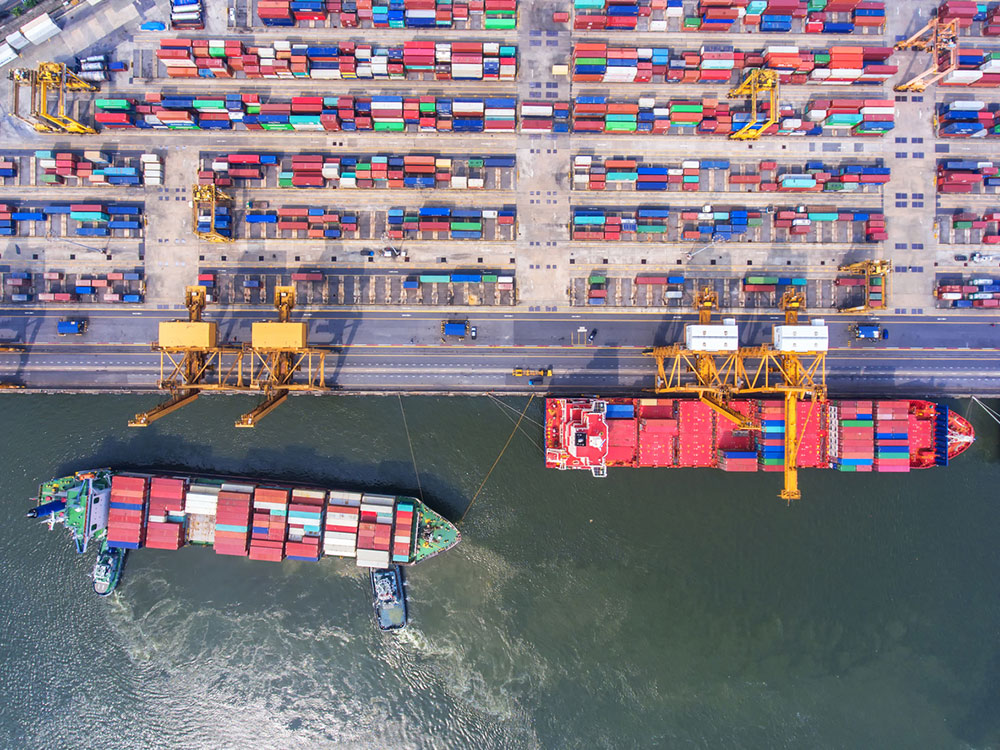 On February 8th and 9th, 2017, I had the privilege to attend the Cargo Logistics Conference in Vancouver, which gives professionals in the industry a chance to mingle with one another and learn about key topics.

Among the many events and excellent keynote speakers, I attended a presentation by Dr. David Fung, entitled “Meeting the challenges of growth demand: a shipper’s view.” Dr. Fung currently serves as Chairman and CEO of the ACDEG Group of Companies, a global technology integrator with business partnerships in several different sectors in North America, Europe, and Asia.

His analysis of the current and future business prospects for ocean freight carriers was quite pessimistic, due to changes in the economic forecast and in the business models now being used around the world. For example, with business producing more goods locally, the number of containers shipped has diminished substantially. New technologies such as 3D printing are also decreasing the need to ship by sea.

Of course, nobody wants to hear pessimistic forecasts, but we have to appreciate the contradictory opinion because it helps businesses prepare for tough times. He concluded by encouraging the audience to not look to the past for solutions, but to focus on looking forward and accept the new challenges.

Even the top companies are facing challenges

I wanted to investigate this outlook further, but data from the major ocean freight shippers is not always easy to obtain and when we do, the data is always a bit old.

I looked at the financials for Maersk, the world’s largest shipping company, whose latest data is from Q4 2016. On their financial report, they argue that the demand for transportation of goods grew below expectations in the first half of the year, leading to significant downward pressure on freight rates. In the second half of the year, and especially in Q4, demand increased while the number of deliveries was reduced, which led to a gradual improvement of freight rates.

Maersk Line nevertheless recorded a loss of USD $376 million (compared to a profit of $1.3 billion in 2015) and a return on invested capital (ROIC) of -1.9% (+6.5% in 2015). The underlying result was a loss of $384 million (profit of $1.3 billion in 2015) due to poor market conditions leading to sustained lower freight rates. The lower rates were then partly offset by higher volumes and lower unit costs related to lower bunker price, higher utilization and cost efficiencies.

Looking at the financials for Nippon Yusein Kaisha (NYK) Line as well, their revenues for the first three quarters of 2016 were ¥2,272.3 billion, but their forecast for the same time period in 2017 is just ¥1,414.5 Billion, a major decrease.

While Hanjin’s insolvency made headlines in early 2016, they weren’t the only company struggling at the time.

Due to the sharp decline in ocean freight rates, all of the world’s top 15 container shipping companies reported negative operating margins (EBIT margin) for the first six months of 2016 except the Asian shipping company Wan Hai, which only operates regionally.

Since then, the biggest news story in the world has been the election and presidency of Donald Trump. The election and its economic consequences are not still clear and it is too early to say if and when the change will bring some improvement or deteriorate the current forecast for the industry.

One possible effect is on the iPhone, one of China’s biggest focuses in 2017. Based on the iPhone’s packaging dimensions (15.5 cm x 9 cm x 6 cm, 0.385 kilograms) it is estimated that 44,000 phones will fit in a standard 40-foot shipping container before it hits the weight limit. However, based on recent announcements by Apple, more production is scheduled to happen in the United States because the Trump administration is pushing for Made in America production.

Are sunny skies ahead for the ocean freight industry?

Despite the rough start to the year, the September 2016 quarterly financial report of Hapag-Lloyd, the world’s fifth-largest container carrier, remained positive. It reminds their investors that according to the IMF, the volume of global trade, which is key to the demand for container shipping services, was forecasted to increase by 2.3%. Continued growth of 3.8% is expected in 2017.

Based on current forecasts, the growth in global cargo volumes could reach up to 4.2% in 2017. IHS Global Insight is also predicting average annual growth of approximately 5% in the global container shipping volume from 2018-2021.

The issue is of course, is whether the growth of 5% forecasted for the period will be enough to cover for capital expenditures and operating expenses, while still allowing some profit. Even this level of growth may not be enough to cover rising costs for companies, and could result in further problems unless they begin to consider new approaches.

Innovative and courageous thinking is needed to guarantee future success

The current data confirms that the ocean freight is experiencing tough times, and will likely continue to do so. The question now is whether the time has arrived to re-think their business models.

It seems that now is the time to collaborate, rather than compete, and that doing so to meet logistical needs might improve profit margins.

I want to conclude by thanking the Cargo Logistics Canada organizers for the realization of such a wonderful event. Also, a big thank you to Dr. Fung for his “courage” to share his view about the shipping industry, especially when the industry would prefer not to listen to his pessimistic views.

The challenge for the industry is now that they know about the difficulties, what can they do to turn the challenges into profit? Time will tell, but I think major opportunities await to those companies able to tackle these major challenges head-on, rather than hoping things will get better on their own.