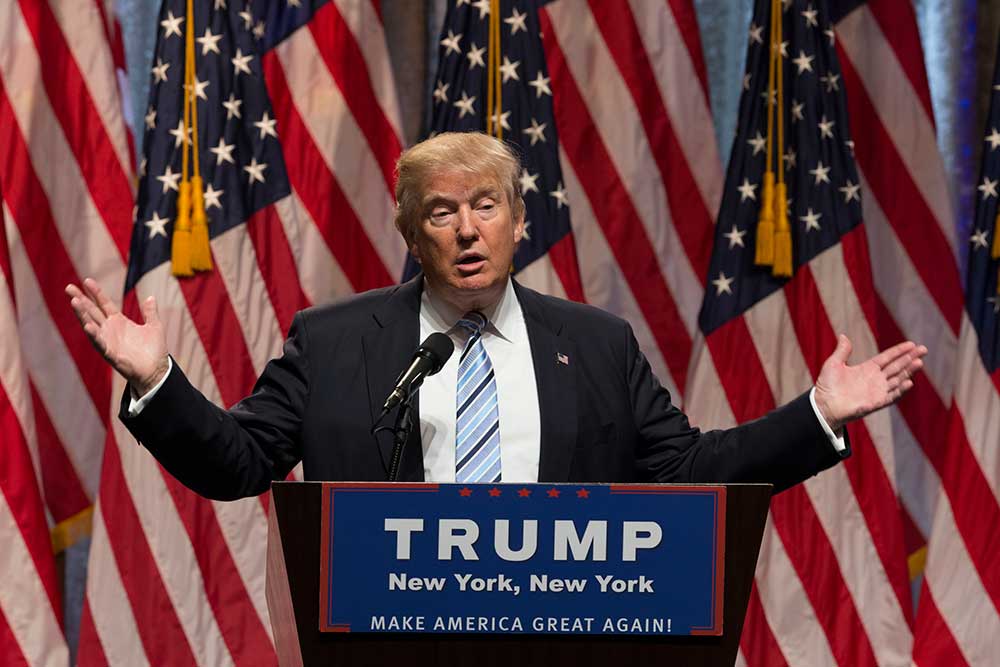 Following the global trend for political change, the United States elected a candidate Tuesday who has promised to shakeup both the political and economic fabric of the country. Donald Trump has promised to reform his country’s approach to global trade, claiming that he can revive the American economy by bringing back jobs that America has, for decades, exported to other countries. In consequence, those looking to enter the U.S. market may find protectionist measures which will create challenges in bringing their products into the country.

Here are five ways Trump is expected to change the landscape for global importers and exporters:

Trump has said that one of his first targets for reform upon taking office would be the decades-old North America Free Trade Agreement. In fact, Trump’s plan for his first 100 days in office lists the dismantling of NAFTA as a priority.

Ripping up NAFTA could have a serious effect on companies that trade across the Canadian, Mexican and U.S. borders. Since NAFTA was enacted in the 1990s, trade between the United States, Mexico and Canada has tripled, growing faster than the U.S. trade with any other country.

Should NAFTA be eliminated or reformed under the Trump administration, North American exporters in the agriculture, automotive or textile industry will find themselves navigating a new terrain as they work to keep their business models thriving while facing additional trade barriers.

Some have speculated that repealing NAFTA would still leave the Canada-U.S. Trade Agreement (CAFTA), NAFTA’s predecessor, in place. However, it remains to be seen whether this would be the case, and whether Canadians may still continue to enjoy freer trade across the U.S. border.

NAFTA isn’t the only trade deal the President-elect has promised to go after once in office. Trump has said he will reject other trade deals the United States is considering, such as the hotly contested Trans-Pacific Partnership (TPP) and TTIP.

That means that companies importing and exporting across the Pacific will be looking for alternatives to the trade paths that would have been created by the 12-nation deal. Even if they maintain current plans, they will face greater obstacles than expected and may have to revise their business and financial plans accordingly.

In recent decades, companies have enjoyed a global environment that’s been favorable to trade. Borders have been opened to allow goods to flow more freely and easily between countries. If Trump, as president, takes the strong stance against trade deals he has promised during his campaign, companies who do business globally may need to re-evaluate their current plans for international markets and expansion.

Trump has promised to challenge countries whose trade practices are questionable. That could include countries that are subsidizing exports or dumping high volumes of goods into the market. An aggressive approach to international trade compliance by the United States would mark a change that stands to disrupt the entire global trade system.

The U.S. government has largely turned a blind eye to such practices since the 1980s, when Pres. Ronald Reagan took a hawkish approach to international trade. Since then, most administrations have failed to confront countries or companies for such practices because it can be hard to prove and put a strain on diplomatic relations.

When countries take an active stance against one another on trade, it ensnares the companies trading between those nations in the disagreement.

When Pres. Obama imposed tariffs on Chinese tires, China retaliated by enacting heavy tariffs on American automotive parts and poultry entering the country. When faced with unfavorable trade positions by the U.S. government in the past, China also has penalized U.S. automakers and Boeing by favoring their European counterparts.

For countries that trade in markets that are likely to face challenges from the new U.S. government, particularly China, it may be time to start considering risk mitigation. Researching which companies or industries were involved in previous disagreements could also be a helpful step to determine whether your company may be affected.

Since trade is tied so closely to the U.S. economy, measures that make exporting and importing more difficult could have a negative effect, leading to a lack of economic growth and even an eventual recession.

Seven percent of U.S. jobs and 14 percent of the United States’ GDP depend on exports, according to a Morgan Stanley report. Therefore, a shakeup of U.S. trade deals could put these American jobs, as well as corporate bottom lines, at risk.

Mr. Trump’s anti-international trade posture would be not good for the financial prospects of probably the 1000 leading companies in the U.S.

Economists have said that Trump’s rejection of trade deals could also lead to a higher cost of goods within the United States. That inflation could lead to higher interest rates and other economic woes that will ripple across the country and could lead to a recession.

Currency declines could create an opportunity for U.S. exporters to present more competitive prices, but if countries implement retaliatory measures in the form of tariffs, both importers and exporters could face a hard time in the years ahead. Preparations to face these times, including greater monetary reserves, slower expansion strategies, and more risk-averse trade finance strategies, are strong options for businesses concerned about their long-term viability.

Markets never fail to falter when there’s an air of uncertainty. Perhaps the biggest difficulty in trade that Trump’s election will cause is the degree of disruption caused by his promise to shake up U.S. trade deals.

In the near future, importers and exporters might struggle to make new business deals from and with the United States. America’s international businesses may have trouble selecting new suppliers or forging new trade routes, as the global trade landscape transforms during Trump’s first 100 days in office.

How has this historic election affected your business plans?