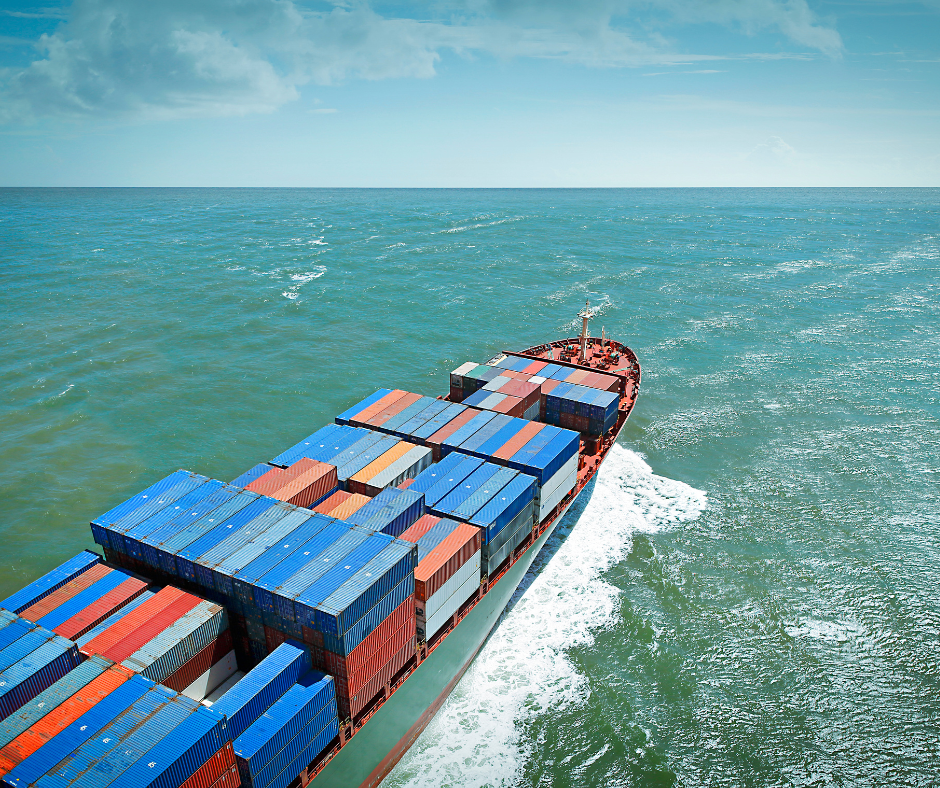 Oceans connect every continent in the world, and thus present wonderful opportunities to transport goods. However, while oceans offer great means for shipping, there are also many hazards that can go along with sea transport.

Some of the most dangerous weather-related threats to shipping by sea are hurricanes, squalls, typhoons and tropical cyclones. All of these types of storms can cause serious harm to, or even completely sink, cargo vessels.

While hurricanes, typhoons, and tropical cyclones tend to occur in different parts of the world, they all feature violent wind, torrential rain and surging waves.

Hurricane winds can be so powerful that they reach 160 miles per hour. It’s not exactly the kind of situation you want to be transporting cargo in!

Even famous ships are not immune to the incredible power of hurricanes. In 2012, the HMS Bounty, a ship used in movies such as Pirates of the Caribbean, was sunk in Hurricane Sandy off the coast of North Carolina. Sadly, two crew members died during this incident.

This technique of generating extremely strong reinforced steel, along with using older engineering strategies, such as watertight doors, help to make modern ships very safe. However, they are not completely invulnerable to storms.

Modern day container ships are also very large, which can help them ride out the intense waves during storms. In fact, the world’s largest container ship, the CSCL Globe, is so large it can carry over 19,000 shipping containers! Size can definitely be a factor when it comes to safety.

In fact, at Maersk company headquarters in Copenhagen, there’s an entire control room designed to anticipate weather patterns and use them to guide their ships away from storms.

This information is given to the ship captains, who are ultimately responsible for the lives of the crew members and the fate of the ship. The captain makes the final decisions.

Geographic hazards include anything on the seascape that can harm vessels, aside from the weather. Examples include coral reefs, icebergs, sandbars and other spots that are risky to navigate.

Most people have heard the famous story of the Titanic, the gigantic passenger ship that sank in the North Atlantic after striking an iceberg.

While major advances have been made since this incident happened in 1912, such geographic dangers are still a threat.

For example, on January, 13, 2012, the Italian cruise ship Costa Concordia struck a sandbar off the coast of Tuscany, Italy and keeled over on its side. Part of the ship was submerged. Several people died, many were injured and millions of dollars of damages to the company were accrued.

In addition to coral reefs, sandbars, and icebergs, canals such as the Suez and Panama can be a problem. These canals are very narrow and not very deep, which can cause problems. If a ship is too large, it could strike the bottom or the sides of the canals and cause untold damage.

In a worst case scenario, the canal could even be blocked up, choking up supply lines from businesses all around the world.

Such was the case on October 1st, 2014, when two giant shipping containers crashed into each other in the Suez Canal, causing significant financial losses and bringing traffic in the canal to a complete standstill.

Technological hazards are anything that can go wrong with the ships, or their equipment. This can mean structural problems, engine issues, navigational equipment failures, etc.

In 2009, an entire crew of 28 people had to be rescued by the U.S. Coast Guard from the container ship APJ Suryavir, when its engine failed in poor weather south of Alaska. If the Coast Guard didn’t intervene, it could have been disastrous.

Another important technological hazard is the loss of shipping containers at sea during voyages. Such incidents can create significant financial losses, as well as potentially damage the ship, or other ships that pass by later on.

The World Shipping Council estimates that 675 shipping containers are lost at sea every year. That’s a lot of merchandise!

Otherwise the decision could cost you more than just your cargo, it could cost lives. So be careful!

Have you ever had to deal with any of these maritime shipping hazards or their aftermath directly in your business? If so, how did you deal with them?