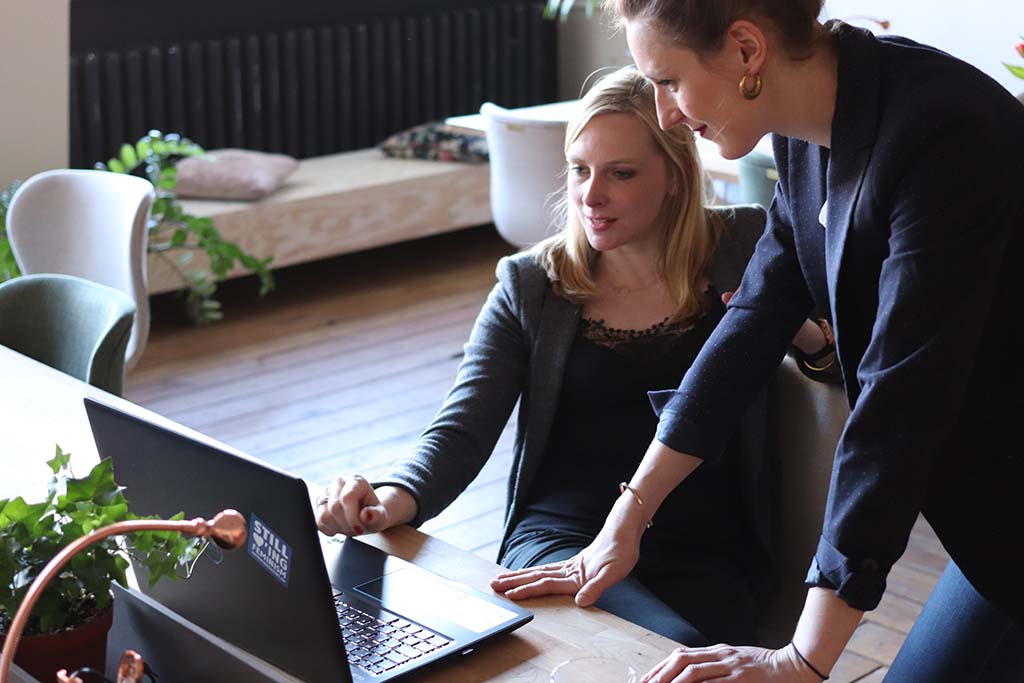 California is the place to be for technology companies, from scrappy start-ups looking for venture capital to commercialize their products and services to Fortune 500 multinationals locating there to catch the latest trends—and while it can be a tough market to crack, initiatives are in place to help Canadian businesswomen break-in.

For women technology entrepreneurs from Canada, the dynamic, uber-competitive California market can be complicated and intimidating, yet it is also highly lucrative and necessary for global expansion.

Special initiatives and dedicated resources are helping Canadian women involved in the sector get a foot in the door and get ahead in California’s technology hubs. With the assistance of the Canadian Trade Commissioner Service (TCS), they are finding mentors, programs and funding in this critical market.

“California is the sixth-largest economy in the world,” says Tina Shih, a trade commissioner in Los Angeles. The city has emerged as one of the most creative markets and start-up ecosystems in the United States, attracting skilled talent and significant international investment. “This is where Canadian women technology entrepreneurs want and need to play.”

In 2016, Shih started a project called TechWomen Canada LA. It includes an annual two-day program that helps Canadian women entrepreneurs in technology learn what potential partners and investors are looking for in the Southern California market and beyond.

“It was all really eye-opening,” says participant Kelby Price, 29, co-founder and director of sales and marketing for IR Optimizer, a Calgary, Alta.-based company. The start-up helps public companies track how they engage investors using a cloud-based platform and data analytics to improve investor targeting.

The calibre of speakers and mentors involved in the TechWomen program was “ incredible,” Price says, adding she was “blown away” by the support  she received before, during and since from the TCS and others involved. “There’s so much opportunity and so much support for women in the technology space.”

While numerous innovations by women entrepreneurs from across Canada are significant, they are often unrecognized, finds a new study released by Carleton University, BMO Financial Group and the Beacon Agency.

A report of the findings, entitled Everywhere, Everyday Innovating: Women Entrepreneurs and Innovation, was released Feb. 14, 2018. The study is based on interviews with 146 women entrepreneurs of diverse backgrounds—including 23 Indigenous women—from across Canada, and on a survey of an additional 1,000 women who own businesses.

The study looks at various factors affecting women entrepreneurs including how sexual harassment and gender bias, as well as financial and age-related challenges can disrupt the capacity to innovate (Read the full report).

IR Optimizer is looking toward California to grow its customer base, get greater exposure and possibly raise money in the future. “For us it represents the perfect market,” Price says. “There are such big players there in terms of global investment, global enterprises and global technologies. You have to be there to understand your entire landscape.”

As a newcomer to the market and a woman involved in technology, Price says she’s benefitted hugely from hearing others’ stories and advice. She feels it’s important to lean into what makes her different.

“Because I’m a young, bubbly woman, I make sure to bring that out…I’m really comfortable in my skill-set. If I’m not immediately taken seriously, once they hear what I have to say, I am.”

Price’s tips for success include finding “bridge technologies” that can be applied in a wide range of industries. She also tells women that they don’t have to be experts to get involved in new areas.

Having confidence to learn and explore

“Don’t be scared that you don’t know enough, because everyone’s learning in technology,” she says. “It’s about having that confidence to explore, that hunger for knowledge.”

Joanne Fedeyko, a Canadian now living in California, was a speaker at the TechWomen event. She says women need to develop “that boldness that is inherent in men,” and immerse themselves in the “innovation mindset” in California.

“It is different here…You’ve got to come and get into the bubble,” says Fedeyko, who is CEO of Connection Silicon Valley, a consultancy that helps companies—especially those from Canada—collaborate, connect, innovate and partner with Silicon Valley’s rich technology ecosystem.

“If you’re building any technology-related company today, this is the most important place on the planet. The whole world comes here at some point.”

Fedyko is also part of a group setting up in the San Francisco Bay area that helps early-stage female entrepreneurs learn about everything from problem solving and product pricing to the legal and accounting aspects of doing business there. “Women want to give back and share their experiences and have an impact.”

She says that Canadians seem to be generally more conservative, and they need to have a greater “sense of urgency” about the opportunities to be found in technology hubs like Silicon Valley and Los Angeles. “Everyone needs to be bold if they want to bring their idea to fruition, and take it global,” she says, noting that while California is “incredibly competitive,” it is also a “highly collaborative” environment.

“If you want to solve global problems or identify a new market for something, you want to take it outside your four walls. That’s when you need to come to Silicon Valley,” Fedeyko says. “You get here and build a network of people who can help you expansively grow your business.”

Women need to know what they want to achieve, chart a path to get it “and not let a ‘no’ or 10 ‘nos’ or 100 ‘nos’ knock them off that path,” Fedeyko adds. “There’s going to be a lot of failure, a lot of disappointment, a lot of hurdles. It’s important to have that tenacity and that relentless drive to keep moving.”

Janice McDonald, an Ottawa-based entrepreneur and leadership expert who recently co-authored two groundbreaking national studies on women and entrepreneurship, risk and innovation, says that access to capital remains particularly challenging for women, which can render them very creative in the marketplace.

“This is a really exciting time, because women are starting and growing businesses in record numbers. There’s a real movement and shift,” says McDonald, who is president of The Beacon Agency, a boutique business advisory group, and co-founder of This Space Works, a service that matches companies with excess office and meeting space.

McDonald says it’s especially critical for women to be involved in technology, for example in shaping the computer applications currently being developed. “We do see the world differently, and we want that female perspective and that female approach to be included in things that are coded and created and imagined.”

California’s technology hubs can be challenging but “you do have to be there,” says McDonald. Canadian women can do well in that environment by seeking out strong support networks and “co-operating and competing at the same time,” she says, stretching resources between two companies “and working together to make sure both businesses grow.”

She advises women entrepreneurs who come to the region to “know your business well,” tap into resources that exist and develop mentors, who are “critical to success.” Working with the TCS is especially beneficial there, she says, with “knowledgeable, committed people” who have myriad contacts and programs. “They really can help your business grow and expand.”

Shih says that as a woman and a visible minority, she feels strongly about working on initiatives such as TechWomen Canada LA. “This project is not only rewarding professionally—as it is in direct support of our priorities of helping Canadian start-ups and SMEs to expand internationally, and empowering women entrepreneurs—but it is also inspiring personally to be working with all these very determined and accomplished female executives.”

Getting a global foothold in tech

California is an important place for Canadians to get a global foothold in tech, and it can serve as a platform for companies from Canada that are seeking business and investment opportunities globally, Shih says, adding the state is a gateway to Asia and other emerging markets.

“Sitting back at home in Alberta or Ontario, you might have a preconceived notion that there’s no language or cultural barriers and the regulatory environment is similar to that of Canada. But California is one of the most competitive markets in the world,” she says. “It’s really important for people to come out and to take a look at what’s happening out here, and see some of the resources that they can rely on to give them sound advice to tweak their business plans or their pitches.”

The biggest challenge for women is getting taken seriously in order to expand their businesses internationally. “It takes financial resources to be able to do that,” Shih says, which means that perseverance, experience and encouragement are critical.

From Los Angeles, California, this story is one example of how trade commissioners located in more than 160 cities around the world help Canadian companies succeed.