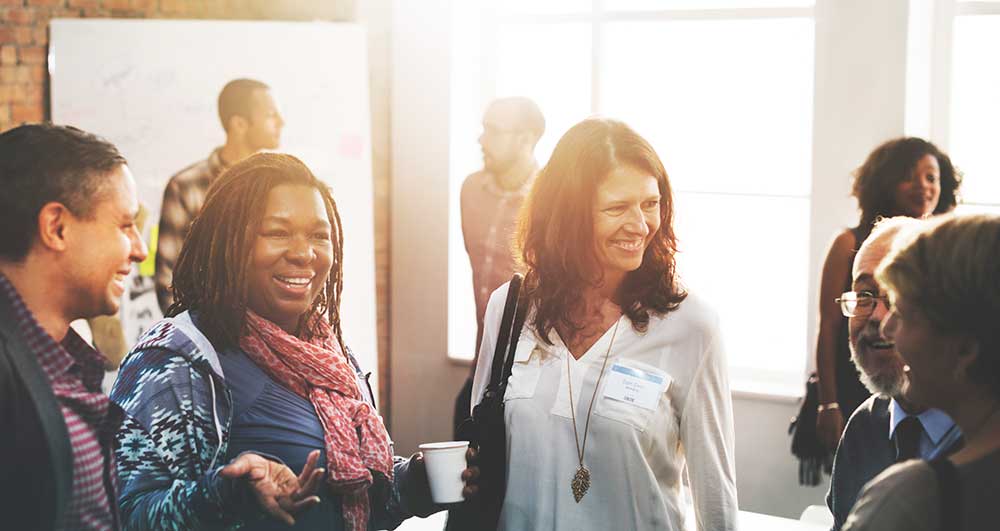 There are two established pathways to enter global markets:

Either pathway has its own special challenges for women.

Women entrepreneurs often have limited access to resources, especially to financing. This impedes their ability to scale up to meet increased demand, to properly market products or services, and to grow their businesses. In the U.S., for example, women-owned businesses are smaller across most sectors.

Women may also find it more difficult to tap into those informal networks that develop while socializing during lunch or after work. This is why we have been creating our own women-focused referral and support networks. The Organization of Women in International Trade (OWIT) and similar groups play a huge role in this regard.

When I travel overseas, I’m particularly aware of my physical vulnerability as a woman. As a result, I often sit in my hotel room when I’m not in meetings – unless I can connect with someone safely.

If I’m traveling to a country with an OWIT chapter or virtual member, I can use the network for business referrals and to make the social connections that make me feel safer getting outside of my hotel room for drinks or dinner.

Women face barriers in both emerging economies and developed economies

Women entrepreneurs in emerging economies may face legal, social, and cultural barriers with which women in more developed economies no longer have to contend. In some countries, women still do not have a legal right of ownership of the means of production.

These barriers are not specific to doing business internationally, but compound the challenges we mentioned above.

A significant number of women in emerging countries are involved in “informal” cross-border trade. For example, the average annual value of informal cross-border trade in the 15 countries of the Southern African Development Community (SADC) is estimated at US$ 17.6 billion.  Seventy percent of SADC cross-border traders are women. “Informal” traders procure or supply goods across borders and sell them on the streets or, when provided, in markets (rather than stores). These traders receive even less recognition and support from the formal economy.

Women in India wait 37% longer on average than men to see the same customs official. In East Africa, women involved in cross-border trade are forced to pay larger bribes than their male counterparts, or to provide sexual favors to border officials who detain them or confiscate their goods.

Banks rarely cater to their needs and they have limited access to formal credit. They may operate in unsafe environments that lack such basic facilities as proper lighting, adequate bathroom facilities, or proper storage for their goods.

Given the right conditions and support, why shouldn’t some of these women traders be able to set up storefronts in the countries in which they currently operate?

Richard Sears was a railroad station agent when he began selling watches to other station agents on the side. From his profits, he began the R.W. Sears Watch Company in 1886. Today, Sears & Roebuck is a major American retail operation with divisions in Canada and Mexico. His story is a great example of how a small business can grow exponentially by entering national and international markets.

Women entrepreneurs in developed economies tend to be less internationally oriented than their counterparts in emerging, less-developed economies. These women are more prone to focus on their large domestic market. In the United States, for example, only about 7% of women entrepreneurs are involved in international trade. Meanwhile, the average receipts for U.S. women-owned exporting firms were $14.5 million, whereas the average receipts for women-owned non-exporting firms were only $117,036.

It’s also important to realize that it is no longer possible to ignore global markets. This is where a company may find not only its next customer, but its next competitor.

Progress is being made slowly but surely

Companies have begun to value women-owned businesses (WOBs) as suppliers and are seeking them out – this is the best example of progress to date. Large global companies are establishing their own supplier diversity programs with the goal of integrating WOBs. The current challenge being addressed is how to make the connection between these companies and WOBs.

To address that challenge, the emerging model works to connect women entrepreneurs directly to global companies and their supply chains.

WEConnect International, for example, recruits women-owned businesses to join as members in the countries where they operate (outside of the U.S.). They then provide training and certification to groom them as certified suppliers to the corporate members who are part of the WEConnect network.

SheTrades has also been developed by the International Trade Centre as a web-based application to make WOBs visible to global buyers and to each other. Both models are still works in progress but provide key opportunities, particularly to small companies.