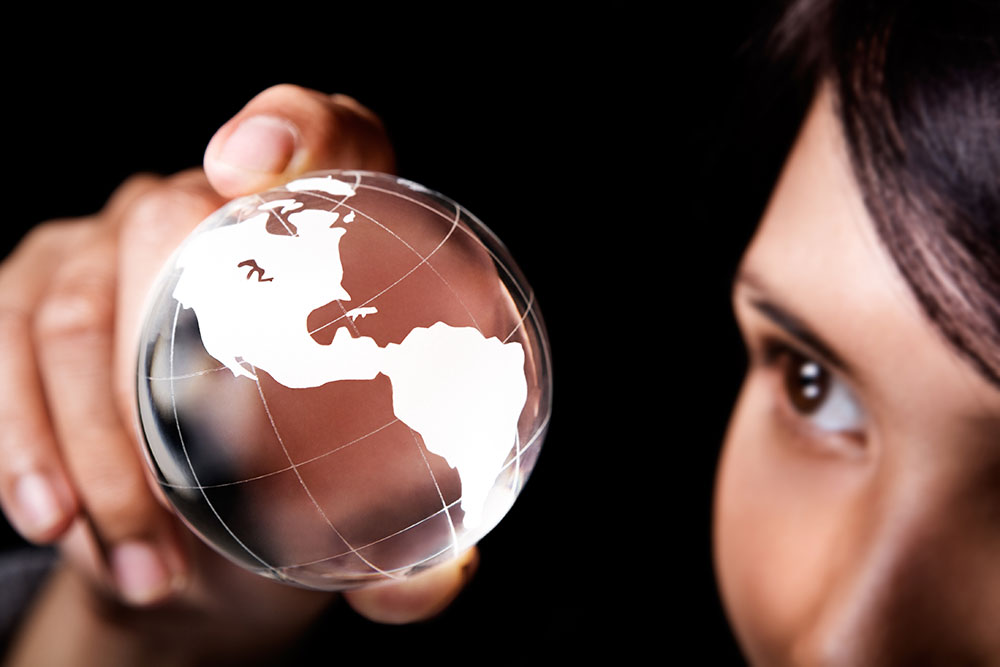 What should you look out for or expect in the international business world in 2018? Let’s take a look and see what could be dominating the headlines you read over the next twelve months.

Though President Trump withdrew the U.S. from the TPP in January, the remaining 11 countries are working to resurrect the deal as the Comprehensive and Progressive Agreement for Trans-Pacific Partnership (CPTPP). This deal, if signed, would eliminate approximately 95% of tariffs on trade between these countries, who have a combined GDP of over $10 trillion USD.

In November, Canada surprised the other 10 countries by declining to sign the agreement, to the surprise of the negotiators and the Canadian international trade community. However, amid efforts to diversify exports beyond the American market, it seems unlikely that Canada will continue to drag its heels on an opportunity to gain preferential access to the Japanese market in particular. Expect any final issues to be resolved and the CPTPP to be signed sometime in 2018.

By December 2017, the UK has completed the first phase of Brexit negotiations with the EU, covering issues such as the Irish border, citizens’ rights and financial settlements. The second phase of negotiations will cover the UK’s transition period after formally leaving the EU in March 2019. Discussions over the long-term relationship between the UK and EU will be included in phase three.

This process was complicated on December 13, when several Conservative British MPs joined the opposition to vote for an amendment requiring British Parliament to debate and vote on any final deal with the EU before it can be approved.

The second phase of Brexit negotiations are planned for 2018, and are expected to present few greater challenges than the first phase. The final phase on the long-term relationship between the UK and EU, however, presents several important questions about economic integration and free trade that Britain’s politicians and citizens have not yet agreed upon.

With two sets of challenging negotiations, and the extra hurdle of parliamentary approval, the odds that talks will drag into the final three months before the UK leaves the EU on March 29, 2019 remain high.

If you’re involved in the clean tech and sustainability sector, 2018 should be a strong year for you. Despite the U.S. withdrawal from the Paris Agreement, global regulations are still trending towards stricter environmental and emissions regulations, requiring businesses to invest in cleaner technology in order to meet those standards. According to EDC President and CEO Benoit Daignault, total global investment in cleantech has now exceeded $1 trillion and will reach $2.5 trillion by 2020.

Canada in particular is placing great emphasis on this industry. The Canadian government promised $1 billion towards clean tech in its 2017 budget for R&D. The Trade Commissioner Service is also hiring 15 new Trade Commissioners to focus specifically on cleantech.

If you’re looking for new markets over the next 12 months, Morgan Stanley recommends you take a hard look at India. They argue the country’s increased digitization, new tax laws and younger demographics present a bright future, and predict 7.5% GDP growth in 2018. Morgan Stanley also predicts that India will be the world’s fastest growing economy over the coming decade.

Brazil will also see a quick recession recovery, growing an expected by 3.1% in 2018, according to the Brazilian government.

In Russia, Putin’s approval levels are dropping as the economy struggles through lower oil revenues. Despite making fiscal changes to reduce the national budget’s dependence on oil revenues, he may push for new measures to improve his chances in the country’s 2018 presidential elections.

Saudi Arabia has plans to sell about 5% of Saudi Aramco, the state-owned oil company, through an IPO in 2018 and expects to generate up to $100 billion for the country’s Vision 2030 program, designed to shift the Saudi economy away from oil dependency towards tech and entertainment services.

Nigeria and Angola, meanwhile, are looking to agriculture to reduce their oil dependency issues. Nigeria, dependent on oil for 70% of government revenues, has launched a new program to increase yam exports to Europe and the U.S., as the country produces 60% of the world’s yams. Angola are instead focused on a broader approach to tap into their agricultural potential, which includes producing more cereals, milk, chicken, cassava, and other products.

It is practically impossible these days to tune into the business or financial news and not hear a story about the latest blockchain or cryptocurrency development. Blockchain technology, allowing multiple players to have access to a live, unalterable digital ledger, offers game-changing possibilities for international trade finance. In 2018 this buzzworthy fintech is moving beyond Silicon Valley start-ups, into the mainstream world of global financial institutions.

In March, 2017, we reported on how banks were working to bring the advantages of blockchain technology to their corporate clients. In May, the R3 Consortium, made up of of 70 of the world’s biggest financial institutions and created to research and develop blockchain adoption, announced it had secured its largest ever investment. Then in October 2017, seven major banks partnered with R3 and Finastra to develop a blockchain-based marketplace for syndicated loans. On December 6, Amazon joined the blockchain party, announcing a partnership with R3 to allow the Corda platform to be the first distributed ledger technology to operate on the Amazon Web Services Platform.

What will we see in 2018? Swiss global financial company UBS has led an initiative to create a “utility settlement coin” that would represent each major national currency. If this coin is launched, the Corda platform could be adapted to facilitate its use.

IBM is working on launching their own blockchain platform that would allow banks to rapidly clear global payment transactions. There are also several start-ups working on digitizing the bill of lading process.

2018 could be the year some of the blockchain-based payment initiatives move from development to adoption.

The past year was a big one for self-driving vehicles, culminating with the reveal of Tesla’s new fully electric semi, gaining pre-orders from big players such as PepsiCo, UPS and Walmart. Companies invested over $1 billion into self-driving and other trucking technologies in 2017.

Speaking of investing in supply chain technology, over $4 billion was invested in AI by U.S. venture capitalists in the past year. One application that has seen immediate return for companies adopting machine learning capable AI is Multi-Echelon Inventory Optimization (MEIO), which has been shown to reduce inventories by 30% while maintaining or improving customer fill rates.

Robots will also continue to play more of a role in warehouses in 2018. While some are increasingly capable of working independently, replacing human workers on the floor, others are working alongside humans, or being controlled by humans using VR applications. There’s no doubt that the demand for the skills needed to work with robotics will continue to rise in the year ahead.

8. Planning for the possibility of a world without NAFTA

The sixth round of NAFTA talks is set to kick off in Montreal January 23. But as the negotiations near, there doesn’t seem to be a lot of positivity. The first five rounds reportedly saw very little progress, putting even more pressure on this next round.

What’s the problem? The U.S. is seemingly immovable on five issues that pose major problems for the agreement’s other two member countries, Canada and Mexico.

The five issues include:

“NAFTA, by itself, will not collapse,” said Mexico’s Economy Minister ldefonso Guajardo in October, but even if Mr. Guajardo is right, it may change drastically from what we have in place today.

If this really does spell the end of NAFTA, the Canadian auto, pulp and paper, chemicals, mining, aerospace and oil and gas industries are likely to be most affected, according to BMO chief economist Douglas Porter.

Even without NAFTA, trade between the three nations is inevitable. Supply chains between Canada and Mexico criss-cross the U.S. How businesses adapt to the realities of a new – or non-existent – NAFTA, is something we’ll be watching closely in 2018.

As technology gets more sophisticated and ingrained in our work and personal lives, so too does the threat of cyber security breaches, which in turn compromises our intellectual property. Sixty-four percent of companies surveyed reported some experience of web-based attacks in the past year. Companies of all sizes are targeted and face the risk of cyber threats from simply being connected to the internet. And the costs are large – the average cost of a data breach in Canada is a jaw-dropping $6.03M.

So what types of threats are growing in 2018? Phishing, social engineering attacks, malicious code, botnets, denial of service attacks and ransomeware are all on the rise.

Ransomware in particular is growing in frequency, attacks rose an alarming 50% in 2016. Demonstrative of the damage a ransomeware attack can cause was the aftermath of the WannaCry attack in May 2017. Hundreds of thousands of individuals lost access to their data, compromising intellectual property, private customer information, and disrupting commercial processes.

As a business, it has never been more crucial to include cybersecurity programs directly in your strategy, and engage IT professionals to help cover all aspects of your web-based properties.

10. Demand for global trade skills higher than ever

Despite continuing turmoil and uncertainty on the global political stage, Canadian businesses still hold an optimistic outlook about their export opportunities. According to Export Development Canada’s Fall 2017 Survey, the majority of respondents believe that export sales will increase in 2018, citing new opportunities, growing demand, and expansion into new markets as stimulating factors.

As more businesses of all sizes get involved in international markets, the demand for talent skilled in global trade processes, is also growing.

“We hear from exporters all the time that knowledge is one of the most important tools for building international success,” said EDC Senior VP, Business Development Mairead Lavery.

In 2017, the FITTskills international trade training program underwent a major update, including the addition of 60% new content to reflect the changes we’ve seen in technology, ecommerce, trade agreements and more. In October, FITT also partnered with EDC to expand access to the available resources for businesses of all sizes looking to take advantage of international opportunities.

There’s no doubt that we all face an exciting year ahead, full of innovation, an ever-shifting global political environment, and risks, alongside ample new opportunities for business growth.

What trends will you be watching in 2018?