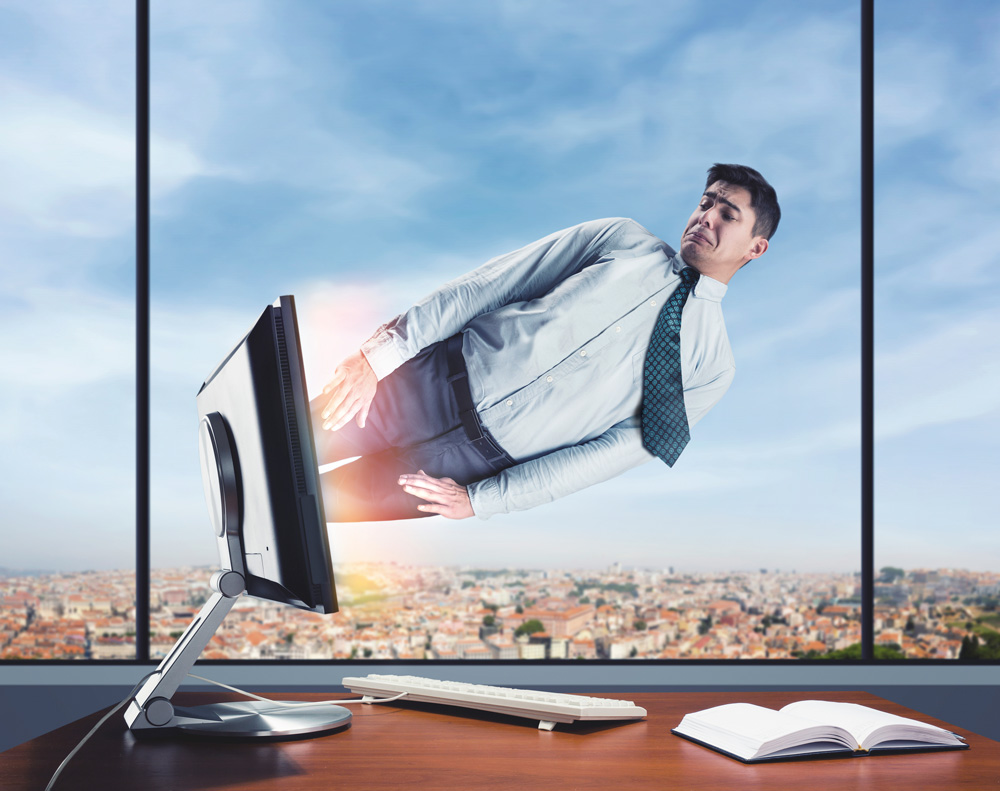 I grew up reading comics about a city taken over by robots. While I was amazed by this concept at the time, I can see that the future envisioned in those comics is now turning into reality.

Oxford University estimates 47% of U.S. jobs are at risk of being replaced by robots within the next 20 years. Other estimates predict that the majority of jobs requiring basic repetitive skills, including manufacturing jobs, will be automated.

These estimates also conclude that two-thirds of white collar jobs will be lost to automation within that same time period. This includes several levels of global business professionals, from banking and finance and legal professionals to researchers and marketers.

There is reportedly a 65% chance that a child born today will grow up to work at a job that currently doesn’t exist. Though I am an optimistic person, I worry about the implications of these fascinating statistics on the economy and on international trade.

We are soon going to be living in a society where there won’t be enough work for everyone. More importantly, many of the remaining available jobs, even in white-collar industries like finance or law, will be paid less and require less responsibility, critical thinking and high-level skills than an average job today.

Though we are all born with different aptitudes and IQ levels, society has so far done a fairly decent job in providing work for the majority of the population. Even though job satisfaction levels are at an all-time low, most of us can still find work to put food on the table. Low-skill work involving heavy repetition often has a very low job satisfaction rate, but ultimately provides jobs that are essential to the economy and employment rate.

As these jobs are increasingly outsourced to lower paying countries, or replaced altogether by technology, what happens to the people who once held them?

We are now into our fourth phase of industrial revolution. The first one, which centered on the invention of steam engines (1817-1865), pioneered industry, and electric power brought the second revolution from 1865-1914. The air travel era (1914-1973) is now considered to be the third phase.

In our current phase, with the invention of the Internet and other related technology, we are seeing changes in our lives that are unprecedented in the history of mankind.  The good news is that millennials today are the savviest, best-educated generation to date. The bad news, is that they’re also earning less than ever before.

The average earnings of adults aged 18-34 between 2009 and 2013 ($33,880 USD) is the lowest since 1980, the New York Times reports. Many manufacturing, blue-collar and low-level white collar jobs which supported America’s international trade have been replaced by technology or outsourced. As a result, there are fewer stable, well-paying employment opportunities.

Many young professionals are unable to enter into the higher echelons of the workforce immediately. Instead they are forced to scrape together low-level, poorly paying work to support themselves, a phenomenon often referred to as “underemployment.”

Even high-level professionals may be under threat from technological change

The Internet of Things (IoT) is also connecting humans with devices to make our lives easier, and many tasks can be completed more efficiently than ever due to advancements in manufacturing engineering.

Robots are still far behind in terms of human intellectual levels, serving to make people’s jobs easier, rather than replace them. What distinguishes them, however, is their seemingly infinite ability to share and learn. Imagine millions of robots working on the same job and documenting their learnings in a cloud environment. This information sharing and machine learning could potentially outclass human intellect within a matter of years.

The counter-argument is usually something along the lines of: “Okay, I can probably order a burger through a robot, or even book an appointment or run some numbers through one, but what about skilled global trade roles such as logistics managers, trade lawyers, marketing executives, or CEOs?

These professionals not only have the theoretical knowledge, but also the ability to make intelligent decisions based on their assessments. Robots, on the other hand, have to depend on past data and are very limited in their decision-making capabilities.”

With the plethora of information available online, however, the need to consult a professional has been minimized in many cases. For example, prior to meeting up with a lawyer,  I have already drafted my case, minimizing the time spent on paperwork.

Doing business internationally is becoming easier due to access of information. This is leading to less autonomy for many professionals than they have enjoyed throughout the centuries. Now, professionals may not be the only expert in the room when dealing with the client, and instead can act as more of a facilitator. Software automation is helping people to do everything from filing taxes to planning travel, and therefore reducing the related service jobs.

I learned how to incorporate and trademark in a foreign country solely through guides available online, and then did it successfully without any issues.

You can research the latest trending items, source a manufacturer and then ship the product directly without even physically touching the product. And you can do this from anywhere in the world, all without the help of an experienced professional.

I was selling products made in China to Australian customers through a U.S. warehouse while sitting in Canada. There are even more complex examples out there.

The Internet is enabling far greater levels of globalization than ever before, all without the help of specialized professionals.

Big Data has been a buzz word for a few years now, but we haven’t been able to fully exploit its potential because it’s not consolidated. When it comes to much of the latest international trade news and research, it’s impossible to keep up with all of the best information out there. Other human import/export professionals may have trouble keeping up too, but soon robots will have no problem doing this.

Today, we trust humans more than we do machines for intellectual problems, but this could change. Once robots know more than us, they will be able to analyze data and make predictions much more accurately than human professionals because they will be able to read, analyze and interpret far greater amounts of data at a significantly faster rate.

So in the future, a robot might diagnose a supply chain issue, a legal problem or financial irregularities, research similar issues and how they were solved, analyze all possibilities and then present conclusions and recommended courses of action. The supply chain professional would then simply have to read through the robot’s report and choose whether or not to approve the recommendation. Such an approach could cut an estimated 60% of the current jobs in manufacturing.

While I remain concerned about how automation may improve the lives of the socioeconomic elite far more than average people, I think that it will bring greater efficiency into our lives and significantly lower the cost of delivering services. This will allow people to have access to things they never had in the past, such as medical surgeries, drugs, travel, or legal services.

The bad news is for the people who are not interested in personal growth and want to stay within their comfort zones. There is no place for marginal work in the future. So get ready to expand your skillset, improve your technical knowledge and work alongside increasing numbers of robots and automated systems as you find your niche in the changing employment landscape.

If you know which side of those two categories you want to be in, start changing now to ensure your place in the international trade world of the future.

Haseeb is CEO & Founder of Efani. Efani provides currency hedging to SMEs. He is an electrical engineer by degree and entrepreneur by profession. He has been involved with many successful ventures in the past and was part of summer'14 Y-Combinator class. He has been listed among the top 100 people in Fintech. View all posts by Haseeb Awan