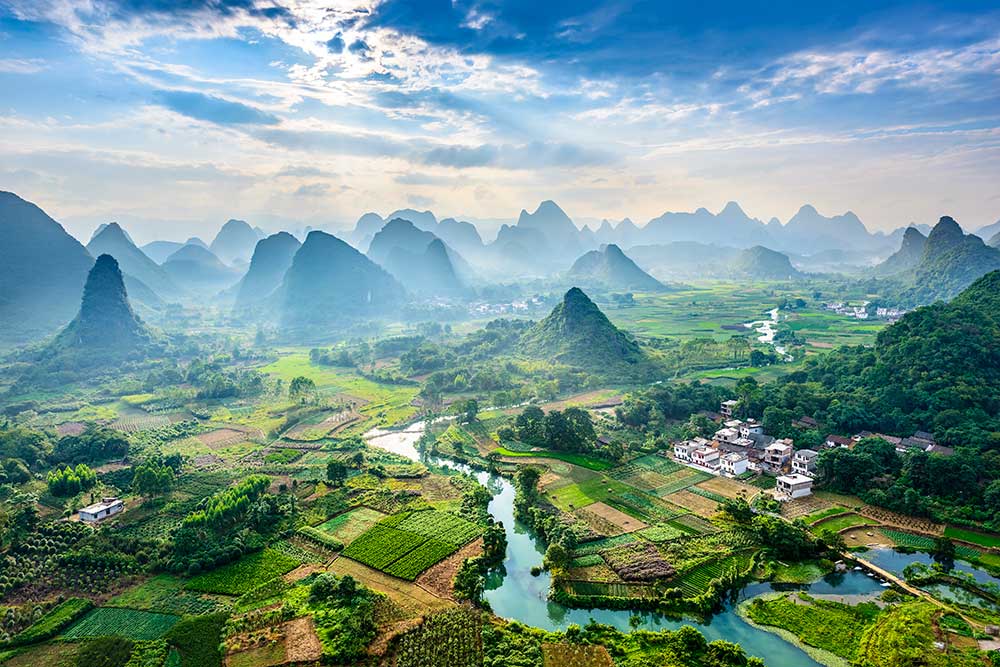 China has made their move into the next stage of economic development official. The country has charted out a $300 billion plan to become nearly self-sufficient by 2025 in a range of 10 important industries – from planes to computer chips to electric cars. This has left other countries wondering how it will impact not only companies who are invested in China today, but also China’s overall position in the global marketplace.

This “Made in China 2025” program would provide:

The goal of the program is making China largely self-sufficient in the targeted industries. In fact,

The Chinese government’s plan states that targeted Chinese industries should own as much as 80% of their home market in just eight years.

Western companies are concerned that this would force out competitors from abroad and lead to government-subsidized global players that would compete unfairly. Companies that are currently selling to China are asking for tougher enforcement by the WTO (World Trade Organization). But quite frankly, China has already been doing this for years – this is just the status quo amplified and formalized publicly.

The Chinese have been learning from the West and developing their own innovation capabilities by acquiring companies, technologies, talent and resources worldwide. And the Chinese government has been subsidizing the growth and global expansion of many of their homegrown companies on an ongoing basis for almost two decades.

Why is China looking inwards economically, even though its economy boomed by being open to the international market?

China is not changing course, but this is a building block along their course. By opening themselves up, they became manufacturing giants. By being the manufacturing source for the West, they learned from these other companies. China wants to compete further up the value-chain and this is a natural evolution in their economic development. They want to be known as more than an outsourcing destination for low-cost manufacturing and have been evolving into innovators, not just replicators. China is also preparing for their next generation of advanced workers.

It makes sense. And why wouldn’t the Chinese want to maximize their profit share of their own highly sought-after domestic market?

What should foreign companies already in China do now?

China is too big of a market opportunity for foreign companies to give up on entirely. However, the Chinese government makes it extremely difficult to do business in China, and it will likely only get worse. Currently, many foreign companies are required to establish joint ventures with domestic Chinese companies in order to have access to their market, and they are often required to give up majority ownership to the Chinese partner. This also leaves foreign companies feeling insecure about the protection of their intellectual property, among other concerns.

This self-sufficiency declaration will only amplify the bureaucracy challenges and market access barriers. Foreign companies need to operate with their eyes wide open in China.

They might also consider diversifying investments and global expansion efforts into other emerging countries, where it is easier to do business. That’s why I believe that, in the bigger global picture, this “plan” might be good for overall global trade. It could provide other countries more opportunities as Western companies hedge their bets, so to speak, and seek China-alternatives. If other emerging countries make it easier to do business therein, it would offer a natural migration option.

Protectionism, or “nation-insulation”, has short-term benefits but is not a long-run productive solution. The economies of nations are too interdependent and intertwined. This approach often provokes retaliation from other nations that will close their doors to China exports as well.

Why China is positioning itself as the leader of free trade even as it seeks to essentially cut off the world market in the long term?

This could be a re-branding strategy. China may simply be repositioning themselves as a quality goods provider as opposed to just a manufacturing source, and letting the world know that they are in an officially new position of strength and evolution.

It could also be a way of letting foreign companies know that China is on a buying spree if they want to sell – or sell out.

Although aggressive, the plan only furthers China’s existing strategy and makes even clearer their desire to be a dominant global player. With the right strategy, there will be foreign companies and countries who find opportunity in the #MadeinChina2025 plan.

The optimal approach for all nations involved – China included – is one of co-opetition (a combined competitive and cooperative attitude) and reciprocity. Stay tuned for more on that in the next article.

To learn more about the best strategies for doing business in China, check out The China Factor: Leveraging Emerging Business Strategies to Compete, Grow, and Win in the New Global Economy

Amy Karam is a speaker, consultant, author and corporate instructor of Stanford University professional development courses, as well as her own workshops. With a unique and engaging style, she lectures on topics including innovation, sales, marketing and management. As a global expansion and competitive strategy consultant, Amy equips startups and established corporations to succeed in global markets with actionable strategies by applying her diverse Silicon Valley and international experience with over 50 countries. She has worked with companies such as Cisco, Apple, Visa, Nationwide, Capital One, Kaiser Permanente, Bell Canada, AT&T, CMC, and institutions including the World Bank. Her website is www.karamconsulting.com. View all posts by Amy Karam