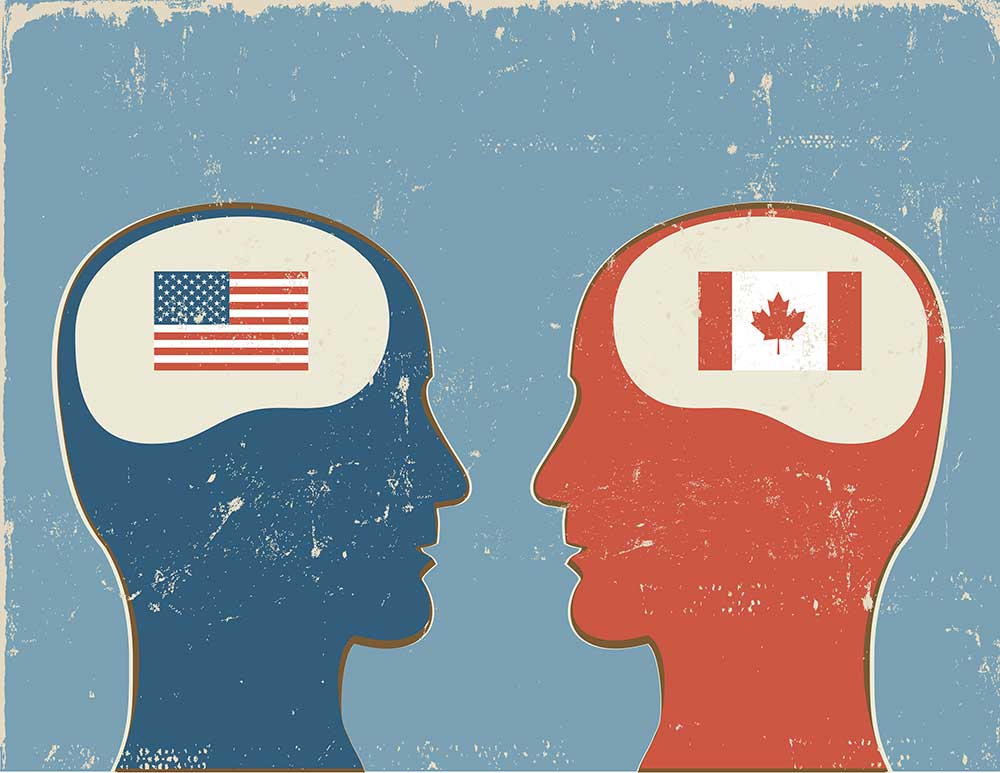 Whether you’re looking forward to barbeques, fireworks and patriotism, or just having a long weekend, it’s time for those of us in both Canada and the U.S. to celebrate our nations’ birthdays.

As Canada turns 149 on July 1 and the United States has its 240th birthday on July 4, we want to talk about the long history of trade between the two countries.

In 2015, the goods and service trade between Canada and the U.S. totaled $662.7B USD in 2015, and the two nations remain each other’s largest trading partners. In 2014, the U.S. also estimated that its trade with Canada supported 1.7 million jobs across the country.

You probably already know about CAFTA, NAFTA, the TPP and other agreements between the Canada and the United States, but the two countries already had over a century of trading history by the time CAFTA was agreed upon in 1987. Here’s four fun facts about pre-CAFTA U.S.-Canada trade you may not know, and what both countries can learn from them as they continue to maintain and work to improve their trade relationship.

Remember, those who ignore history are doomed to repeat it!

1. Starting the relationship with pre-existing grievances

Before gaining independence in 1867, Canada was considered a colony of the British Empire, and retained some of that baggage as it entered into a newly independent relationship with the United States.

In 1854, the U.S. had signed the Canadian-American Reciprocity Treaty, or Elgin-Marcy Treaty, with Great Britain to allow the freer trade of raw materials.

This short-lived treaty was placed in serious jeopardy by the American Civil War, which lasted from 1861 to 1865. While technically neutral in the conflict, the British lent aid at various points to the Confederacy during the war. In response, the United States terminated its treaty with Britain, including the Canadian colonies, in 1866.

The U.S. remained largely uninterested in resuming trade with Canada after gaining its independence, preferring protectionist measures and tariffs to free trade. Canadian leaders spent the next 40 years trying to convince the U.S. to adopt some sort of trade agreement, without any success.

Lesson for today: Though the U.S.-Canada trade relationship now feels long-lasting and indispensable, it wasn’t always the case. While both countries should continue to pursue trade with other regions, they must take care to maintain and grow the relationship between them, outlasting any disputes.

2. One of Canada’s most famous Prime Ministers lost an election because of U.S. trade

Even Canadians who don’t know much about Sir Wilfrid Laurier will recognize him from his appearance on the $5 bill.

He still holds the Canadian records for most consecutive terms won (4) and longest uninterrupted term as Prime Minister (15 years), and has a university in Waterloo, Ontario named after him.

So what led to his downfall as Canadian PM? A desire for freer trade with the U.S.!

In 1910, U.S. President Howard Taft became the first American leader since Canadian independence to advocate for an improved trade situation with Canada. By the following year, Laurier had agreed to greater reciprocity in trade with the U.S. and an agreement for freer trade of raw products, including agricultural products.

After much debate on the issue in Parliament, Laurier called an election centering on the issue of whether to support more and freer trade with the United States, even though he already had a majority.

Laurier then lost the 1911 election to Robert Borden and the Conservatives, ending his decade and a half in power.

Lesson for today: Even when governments are supportive of free trade, they must remember that it is difficult to develop stronger trade relationships if public opinion is against them.

3. Great changes after the Great Depression

While initial responses to the Great Depression in both Canada and the U.S. were to raise tariffs and protect their own economies, the two countries eventually realized they could improve their own situations and their trade relationship at the same time.

U.S. President Franklin D. Roosevelt pushed through the first Canada-U.S. agreement in 1936, followed by a second set of tariff reductions in 1938.

This improved trade of not only raw materials and agricultural products, but also machinery and equipment for the first time in the trade relationship.

Lesson for today: Despite great pressure to the contrary, opening up trade in times of economic stagnation, recession or depression can be a valuable step towards economic improvement.

4. Auto pact really gets trade rolling towards its current state

In 1965, the Canada-U.S. Automotive Products Agreement (also known as the Auto Pact) was signed into law by the two countries. The deal not only significantly lowered tariffs on all automotive vehicles and parts, but also prevented Canada from pursuing automotive trade agreements with other countries.

From this, negotiations eventually led to the Canadian-American Free Trade Agreement in 1987, coming into effect in 1989.

Lesson for today: As long as trade between Canada and the U.S. is seen to be beneficial, both sides will work to strengthen the relationship between the two countries.

Happy Canada Day and Independence Day to all our friends in Canada and the United States!