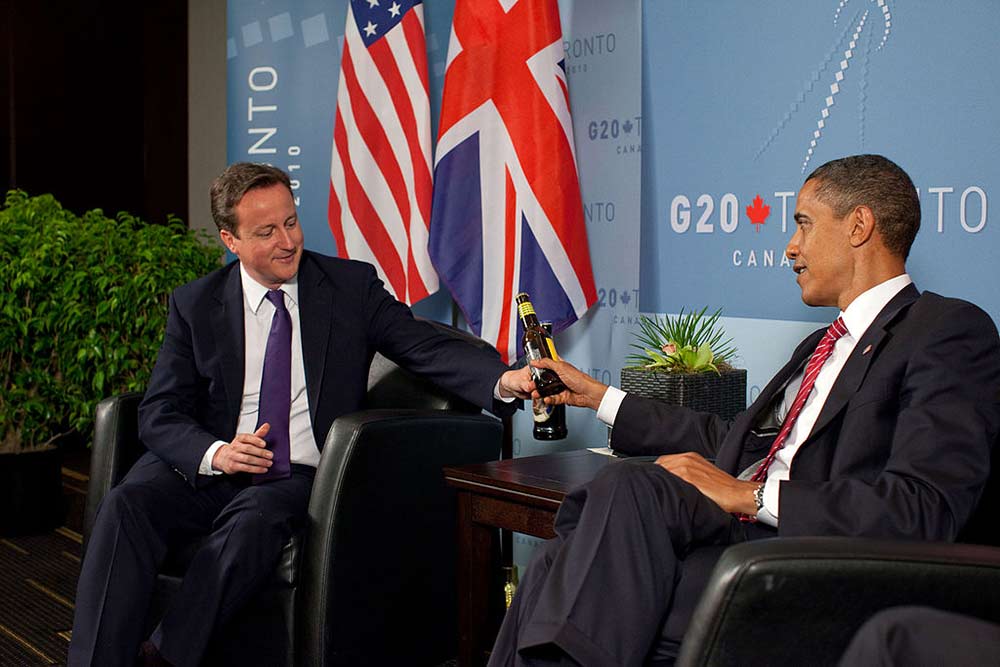 Great Britain has stirred up a host of global economic debate as the country prepares to hold a referendum election on June 23 to determine whether or not it will split from the European Union.

Supporters of the so-called “Brexit” say that continental Europe’s economic upheavals are holding back the British economy, while opponents contend that abandoning the EU could discourage investment in the UK market and lead to a recession.

In Canada and the United States, leaders are warning that a Brexit would have a profound economic impact on this side of the Atlantic Ocean.

New trade agreements will be years in the making

The need to hash out new trade agreements presents a long-term issue for the UK that could leave all countries trading with Britain, and companies dealing with trade, facing a period of uncertainty.

North American trade agreements could take some time to hash out. In speaking out against a potential Brexit, U.S. President Barack Obama said that if the UK votes to leave the European Union, the United States will not prioritize establishing a bilateral trade agreement with the UK. As such, Obama warned, it could take five to 10 years for the U.S. and the UK to reach an agreement.

In a news conference in Britain in April Obama said:

I think it’s fair to say that maybe some point down the line there might be a UK-U.S. trade agreement, but it’s not going to happen any time soon because our focus is in negotiating with a big bloc, the European Union, to get a trade agreement done.

“The UK is going to be in the back of the queue.”

A UK-Canadian trade deal could suffer the opposite fate: Britain could be the one putting the establishment of a deal with Canada on the backburner as it works on relations with larger trade partners, including the United States, China and Japan.

Both the United States and Canada are in the midst of establishing trade deals with the European Union that could be jeopardized if the EU loses one of its largest and most powerful members.

For the past three years, leaders in the United States and the European Union have been hashing out the details of the Transatlantic Trade and Investment Partnership (TTIP).

The TTIP has been hailed as an all-encompassing trade deal for the 21st century, covering nearly all sectors of the economy, including, agricultural goods, textiles, telecommunications, and intellectual property. The deal, between the largest economic bloc and the largest single-market economy, is meant to ease trade by lowering tariffs and regulations.

The TTIP faces opposition on nearly all sides. With the turmoil caused by a Brexit, the TTIP negotiations could be delayed. If the deal is not approved before Obama is out of office at the end of this year, the deal could face increasing delays, warned U.S. Under Secretary of Trade and International Commerce Stefan Selig in a May 16 press conference.

I think it’s clear to both us and our European colleagues that if we miss the opportunity to conclude [TTIP] negotiations this year, it might be months and perhaps even years before we are in the position to constructively re-engage on substantive negotiations, given not only the political calendar here but also in the Atlantic.

In an even longer process, Canadian officials have been working with the EU for seven years on the Comprehensive Economic and Trade Agreement (CETA), which, like the TTIP, addresses industries across the board and is meant to make it easier for corporations to do business between Europe and Canada. Should the EU’s largest economy — the UK — exit the union, it may cause Canadian officials to rethink some terms of the deal. And while the hope is that CETA will move forward as early as next year, progress could be put in limbo as the EU copes with the Brexit.

Perhaps the most profound economic impact of a potential Brexit will be on the markets, as they deal with the uncertainty of the political situation and how it could impact trade deals, currencies and corporations.

That uncertainty is likely to build, and potentially spook investors building up to the June 23 vote. Currently, it is nearly impossible to tell which way Britain’s referendum vote will go. A May 15 Financial Times poll shows Briton split 46-44% against approving a Brexit.

If the Brexit is defeated, much of that uncertainty will be squashed. If the Brexit referendum is approved, however, the economic repercussions could be profound. International Monetary Fund Managing Director Christine Lagarde and Bank of England Governor Mark Carney have both cautioned that a Brexit could trigger a recession.

Upon approval, the UK would enter into a never before tested EU exit process. During that time, the UK and the EU would have to determine how they would sever existing ties and how they would form new trade agreements and regulations. There also is a concern that if the UK votes in favor of a split with the EU, it could lead the way for other discontent EU countries could follow.

When it comes to the economic and trade repercussions of a break-up between the EU and the UK, only time will tell if the 40-year-old political and economic bloc will break, and how such a break will impact North American and global trade.