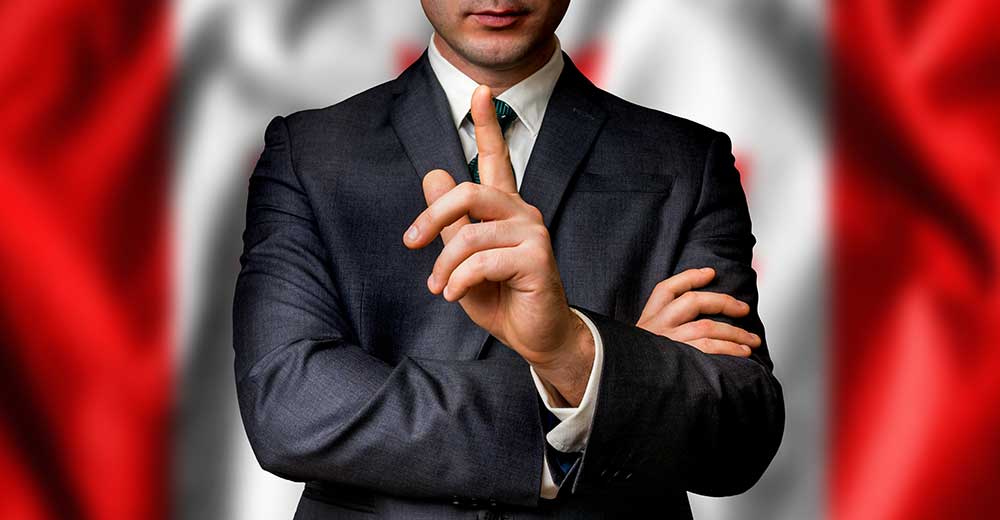 After nearly 20 years of allowing facilitation payments, the Canadian government has repealed a section of its anti-corruption laws to eliminate the exception for facilitation payments. The revised law protects employees by making it clear that all forms of bribery are prohibited and will be sanctioned.

According to the finance and investing portal Investopedia, facilitation payments are made, generally to low-level government officials, “to smooth the progress of a service to which the payer is legally entitled, without making this payment.”

Under the 1998 Canadian Corruption of Foreign Public Officials Act, these payments were legal.

This regulation was similar to one included in the US Foreign Corrupt Practices Act of 1977, which excludes facilitation payments. But companies operate in a gray area here.

Most routine public processes do not automatically lead to the desired result, but include some kind of control. If the request for required documentation is not complete or does not comply with the process, for example, the approval is denied. This is a stumbling block, as countries with a higher perceived level of corruption often  have an inefficient bureaucracy.

A comparison of the 2014 World Bank’s Ease of Doing Business Index with the Transparency International Corruption Perception Index from the same year presented a correlation coefficient of 0.79, a strong statistical relationship. As a corrupt government official has no interest in making the process transparent, it is nearly impossible for the individual to understand whether a potentially missing document is based on process or has been invented by the official to provoke a payment.

Employees traveling from countries with a lower corruption risk, such as Canada, to those with a higher risk are particularly vulnerable because they do not have experience handling such requests. This includes understanding how to avoid risky situations and how best, based on local culture, to decline the request.

If corruption has not played a role in the individual’s life, it may be difficult to connect their existing inner values such as integrity or honesty with the attitude “do not bribe.”

Business travel only offers limited opportunities to meet local employees or other citizens, especially when there is a language barrier. Clichés like “corruption is part of the culture” or “locals are happy with it” can be easily assumed. Corruption becomes perceived as a faceless crime, and the employee’s positive self-image is not challenged by this cognitive dissonance.

In most countries, facilitation payments are defined as classic bribery and a deviation to local laws. If an organization wants to be a good global corporate citizen, these payments must be forbidden.

Corrupt government officials often take advantage of gaps in knowledge and time pressure. Uninvolved employees who are unaware of the human cost of corruption, such as lack of infrastructure, inefficient public schools, restricted access to healthcare and legal impunity, are easily persuaded to pay the bribe. Companies are responsible for their employees. If they send them to places with public safety or health risks or corruption, they must be prepared for the potential risk scenarios.

To ensure adequate behavior, companies not only have to inform employees about law, culture and business behavior, but their Ethics & Compliance Officers have to go a step further and motivate employees by explaining which regulations apply, and why.  This means detailing the relationship between bribery, slowed growth and poverty to develop empathy for the victims of corruption. Facilitation payments can speed up a process, which means the process for someone who does not make an additional payment becomes slower. An advantage for one always means a disadvantage for someone else.

Laws, like corporate guidelines, fulfill an important task. Based on government’s opinion and its role representing the population, laws define adequate behavior and how to sanction violations. It is imperative that laws be as strong as necessary to protect individual rights, and as non-bureaucratic as possible. Efficient laws draw thin red lines that separate the adequate from the non-adequate and eliminate gray areas. Individuals can act and live safely inside this space. Less efficient laws enlarge gray areas and limit the individual’s safe space. Based on these premises, efficient laws (and corporate guidelines) are ethically justified.

On October 30, 2017, the Canadian government eliminated the gray area in its anti-corruption law and drew this type of red line when it repealed the exception for facilitation payments.

The change is more of a protection than a limitation for employees. No longer do they have to interpret potential mixed signals from management to understand what is expected of them because all forms of bribery are forbidden and sanctionable. If they are faced with a situation in which a government official requests such a payment, they can refer to the law and decline the payment while keeping the discussion short.

After nearly 20 years, the law’s repeal is a sudden, but relevant change. For a company that did not sanction facilitation payments in the past and allowed them as an option for their employees, this creates a risk, because human behavior is difficult to change overnight. Experience has shown that not all individuals are willing to adapt or are capable of adapting to major change. The organization has to accept that certain employees will have to be dismissed and some will leave on their own. To accomplish the change as smoothly as possible, the company will have to educate its employees through planned communication and interactive workshops.