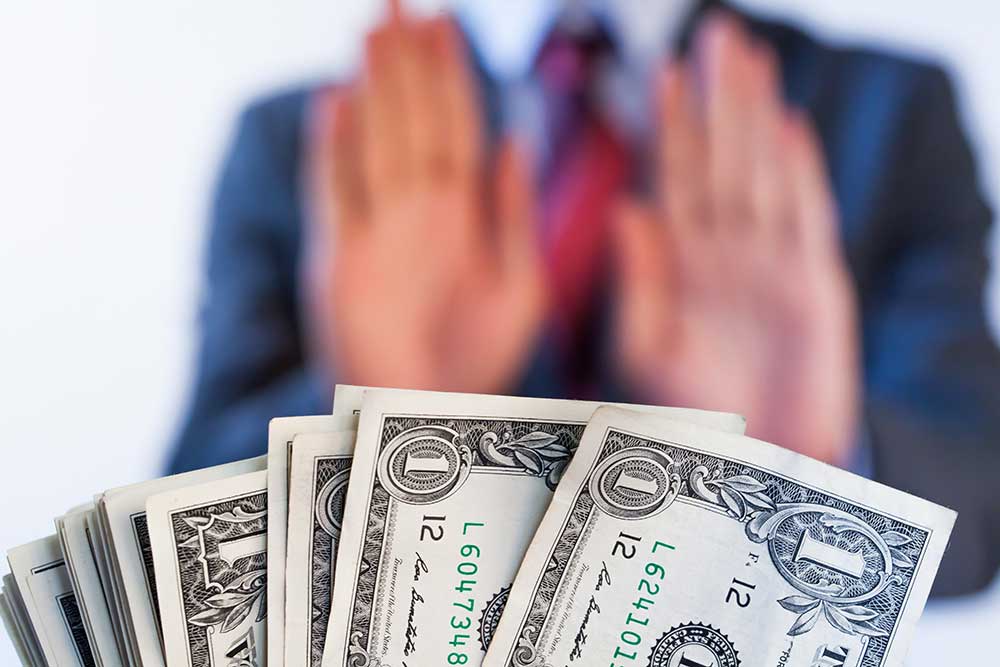 For all of the benefits international trade can bring—profit, stability, development, peace—it can also serve as a channel for humanity’s worst impulses. This happens, for example, when the legitimate apparatus of trade is hijacked for personal gain by public officials who hold the keys to market access, and who are willing to condition that access on the payment of a bribe.

From low-level customs officials guarding the ports of entry, to high-ranking government ministers able to effect preferential policies quid pro quo, the political leadership and the civil service of a country have a tremendous capacity to influence trade. They can either help the market system operate freely and fairly, or subject it to devastating exploitation by criminals and kleptocrats.

Those who engage in international trade need to understand the different political and social environments in which they operate—including the varying likelihood of being confronted with corrupt demands by public officials.

For reasons both ethical and pragmatic (given the severe legal consequences of paying a bribe), business organizations need to be prepared to resist such demands. And adequate preparation requires knowledge of the nature and extent of the specific risks in each country.

The 2016 TRACE Matrix is the latest tool businesses should have in their arsenal to understand and confront the challenges of fighting bribery in international commerce. It provides a snapshot of the factors that make it more or less likely that someone doing business in a given country will be asked by a government official to pay a bribe.

The combination of these factors can be thought of as reflecting a kind of public-sector commer­cial health for the country—just as an individual’s health might be reflected in a chart of his or her vital signs. The relevant numbers (e.g., body tempera­ture, pulse rate, etc.) are measured objectively, but care must be taken in deter­mining their significance, reaching a diagnosis, and setting an approp­riate course of treatment.

These four interlocking domains present a picture of the various conditions that keep corruption in check or allow bribery to thrive.

They do not provide certainty about whether or how bribery demands will be encountered, any more than an annual physical check-up will tell me with certainty whether I’m going to suffer a heart attack in the coming year. But, when carefully interpreted, they can clarify what areas might warrant particular attention and preventive measures.

How the TRACE Matrix works

The Matrix arrives at its numbers by aggregating information from a variety of reliable sources, including surveys conducted by institutions such as the United Nations and the World Bank. The inputs are standardized, a series of comparative and predictive statistical techniques are applied, and the results within each domain are expressed on a scale of 1 to 100. An overall risk score for the country is then calculated based on a combination of the four domain scores.

This objective approach to calculation yields numbers of a certain precision. But the significance of those numbers needs to be understood in context, and they require a certain amount of interpretation to be truly meaningful—just as with an individual’s precise blood pressure, cholesterol level, or body-mass index. In general, lower numbers represent a lower bribery risk than higher numbers. But, one shouldn’t be preoccupied with small differences at the expense of attention to the story the collection of numbers can tell.

How does Canada score?

As an encouraging example, we can look at the 2016 Matrix report for Canada.

The coun­try receives an overall score of 28 out of 100, which is considered low-risk. But what accounts for that low risk? With respect to companies’ engagement with domestic officials in Domain 1 (score: 28), the Matrix reveals “a low degree of government interaction, very low expectation of bribes, and a low regulatory burden.”

The transparency reflected in Domain 3 (score: 30) skews in favor of procedural openness, with “very good governmental transparency and [only] moderate civil-service transparency/health.”

Comparing overall risk scores across different countries can give you a rough sense of which ones carry more or less bribery risk.

Examining the reasons for the risk scores is more likely to give you a meaningful understanding of the actual conditions you are likely to face there.

Used judiciously, the TRACE Matrix can help you take appropriate precautions to avoid becoming complicit in bribery wherever you may trade.


Disclaimer: The opinions expressed in this article are those of the contributing author, and do not necessarily reflect those of the Forum for International Trade Training.