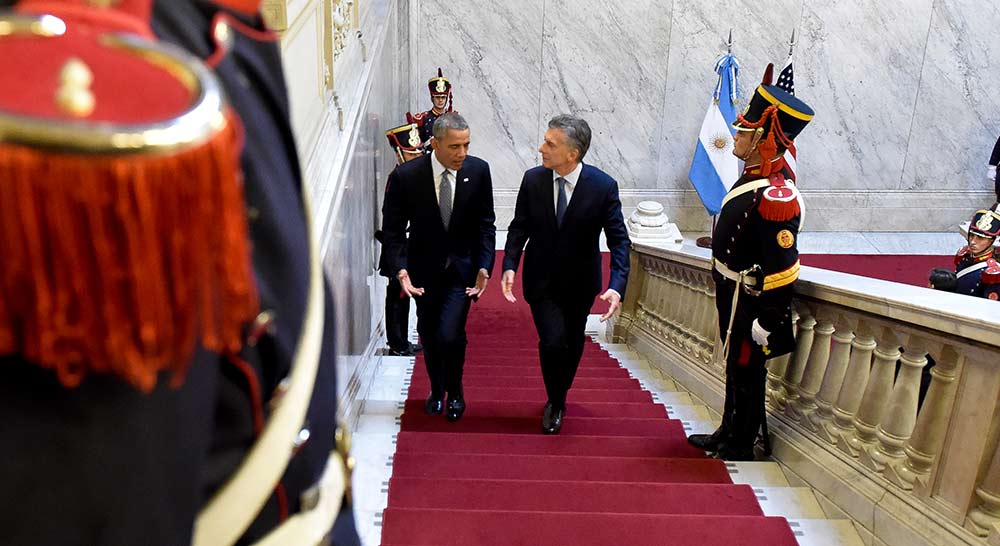 Barack Obama became the first U.S. president to visit Argentina in 20 years last week, another landmark trip on the heels of his recent visit to Cuba.

Following the Argentine fiscal crisis of 2001-02, the U.S. supported the decision of the International Monetary Fund to cut off assistance to Argentina until the Argentinian government agreed to an economic recovery plan.

Anti-American sentiment in Argentina increased in 2011 when the White House neglected to visit Argentina during Obama’s first trip to South America.

Tensions between the two states mounted in August 2014, when a U.S. court declared Argentina’s plan to address its debt default to be illegal.

However, the U.S. court instead labelled the plan as a “violation of the current orders” of the court.

Fernandez de Kirchner fired back, telling Argentinians the next month that “if anything happens to me…look North.”

Macri moved quickly to resolve Argentina’s outstanding debt to creditors, reaching a US$4.65 billion settlement which would see the largest remaining holdout creditors get 75% of the outstanding amount on their full judgments.

The move also allowed Argentina, Latin America’s third-largest economy after Brazil and Mexico, to return to international capital markets for the first time in over a decade.

That set the stage for renewed talks with the U.S., and resulted in the signing of the bilateral Trade and Investment Framework Agreement (TIFA) on March 23. The agreement gives the two countries a framework under which to advance economic cooperation.

Included in the trade agreement is a commitment to work together to increase their cooperation in the World Trade Organization, improve market access on both sides, and strengthen Argentina’s capacity to combat organized crime.

The agreement also sets plans in motion for the U.S. to send six trade delegations to the Latin American country.

The first will take place in April and be led by U.S. Small Business Administrator Maria Contreras-Sweet, who will then sign a Memorandum of Understanding with Argentina’s Ministry of Production. The focus of this delegation will be on supporting and promoting women entrepreneurs.

The bilateral pact will also help the Argentine government establish a network of business assistance centers, and help connect existing Argentine businesses to international partners via the Small Business Network of the Americas.

The agreement provides a vehicle for strengthening U.S.-Argentina trade and investment relations at an important time.

“It reflects President Obama’s strong interest in improved bilateral relations with one of the most important economies in the western hemisphere, and to promoting increased economic opportunities between us.”