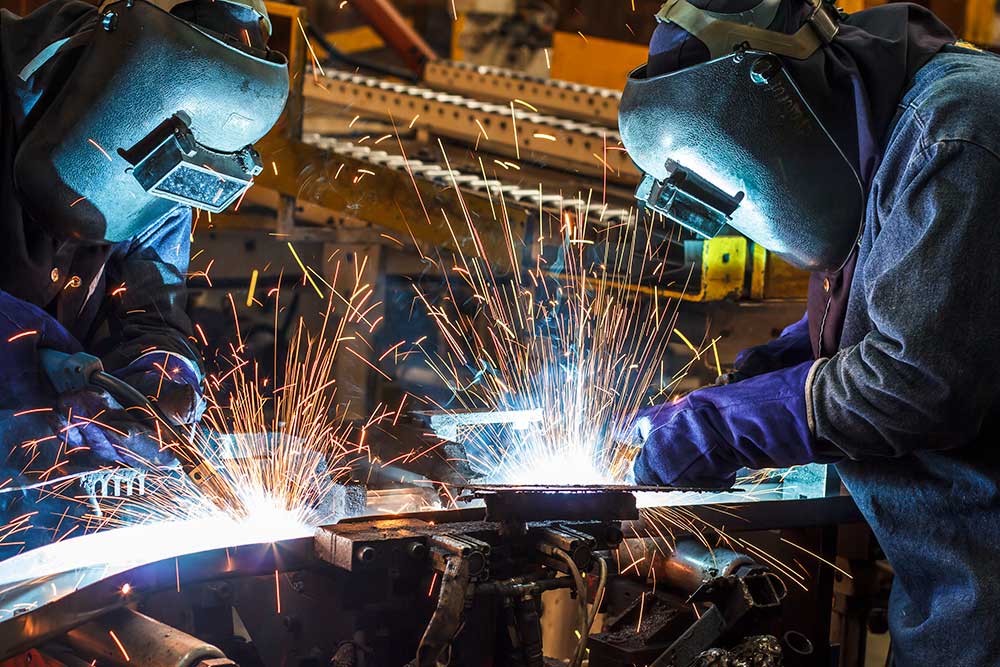 I come from a long lineage of autoworkers. Approximately half of my family works for one of the Big Three automotive manufacturers in Canada (GM, Ford and Chrysler).

As a result, I have long heard about how free trade agreements are detrimental to manufacturing workers and how beneficial the Auto Pact (signed by Canada and the U.S. in 1965) was for everyone.

Whenever my dad would mention the Auto Pact, I would roll my eyes and claim union brainwashing on his part. My response was always something along the lines of, “Well, the WTO deemed it illegal so obviously it wasn’t that great!” In 2001 they ruled that the pact unfairly hindered efforts by European and Asian automakers to sell their vehicles in Canada.

The Canadian Big Three labour contract negotiations began again this past September. Once again, talks about the Auto Pact began making its way into social media posts from autoworkers fed up with the race to the bottom.

I had never stopped to look at the Auto Pact or trade agreements from the viewpoint of someone that wasn’t involved in the trade industry. It would be very difficult to have almost two decades of international trade experience, as I do, without being pro-trade.

It was time to take a more detailed look into the Auto Pact and see why this was so favourable to autoworkers. I also wanted to try to understand why they view trade agreements as the downfall to their livelihood and how this can be changed.

What was the Auto Pact, and how did it impact trade today?

The Auto Pact guaranteed duty-free imports and exports of vehicles produced by the Big Three manufacturers across the Canada-U.S. border, so long as specific criteria were met.

For every import of a certain class of vehicle into Canada, a vehicle of the same class had to be manufactured in Canada to maintain the same production ratios as before the Pact. The ratio was 1:1 for passenger vehicles, 0.75:1 for trucks, and 0.55:1 for buses.

The vehicles also required a minimum amount of Canadian Value Added (CVA) in its local production to count as being made in Canada. These amounts were 60% for passenger vehicles, 50% for trucks and 40% for buses.

This agreement worked well for all involved. The Big Three companies could import and export their products across the Canada-U.S. border duty free, and the auto assemblers knew that for each vehicle that was imported, they would be manufacturing a vehicle of their own for export.

No matter what you think of it, free trade is on the rise

I began to examine job losses and gains in both Canada and the United States since the implementation of NAFTA. NAFTA superseded the Auto Pact, which was already on its way to being deemed illegal by the WTO.

There have been approximately 540,000 manufacturing jobs lost in Canada and 682,900 lost in the United States since NAFTA went into force. Although there have been significant gains in employment, most of the high paying jobs that were once available in manufacturing during the height of the Auto Pact have been replaced by precarious service industry jobs with much lower rates of pay. It does not take an international trade consultant to tell you that many of these once high paying manufacturing jobs have gone.

Despite the many arguments made against these agreements by workers and others, it would appear that the Canadian government is aiming to be a part of as many trade agreements as possible.

Who benefits from free trade most, and is it worth it?

From a business standpoint, I encourage trade agreements and believe they are beneficial to our economy. After all, it is how I make a living. But at what point does the cost of trade agreements for some outweigh the benefits for others?

Unfortunately, what we have seen more and more in these agreements is that, as Martin Khor, Executive Director of the South Centre describes it, “trade measures have become a vehicle for big corporations and social organizations in promoting their interests.”

Governments are giving corporations and lobbyists too much stock in consultation of trade agreements, while those working in manufacturing in North America often do not have the same consultation opportunities and are largely ignored. Lines seemed to have blurred between government and big business, which is one of the first things that needs to be changed.

A simple solution to end the “race to the bottom”

All of this has brought to mind a simple solution to the issues that stem from trade agreements and the “race to the bottom” for workers. Those who oppose trade agreements argue that inequalities between countries abound in these agreements, such as companies exploiting cheaper labour, less stringent standards and laws, and the loss of good manufacturing jobs.

My solution seems rather simple when stated but I believe it would be beneficial to all countries involved in trade agreements; start a Global Manufacturing Pact. It would be very similar to the Auto Pact, but allow manufacturers from all around the world to benefit.

This would hold companies who outsource and offshore responsible for keeping manufacturing jobs local. It would also prevent less developed nations to be taken advantage of by developed nations, and eliminate the race to the bottom as there would be no direct competition between the same workers in different countries.

While corporations have benefited greatly from free trade in recent decades, the Auto Pact illustrates that there are ways to enable freer trade while also building a more fair and equitable system for those without corporate lobbyists or shareholder requirements. It is time to make sure that free trade benefits everyone, whether they are a consumer, a corporate professional or even a manufacturing worker.

Tanya is an international trade consultant in Hamilton, ON and runs her own consulting business, Prosser Trade Consulting. She offers a diverse portfolio of services to meet our clients import and export needs, as well as offering market or segment specific research for both Canada and abroad. View all posts by Tanya Prosser