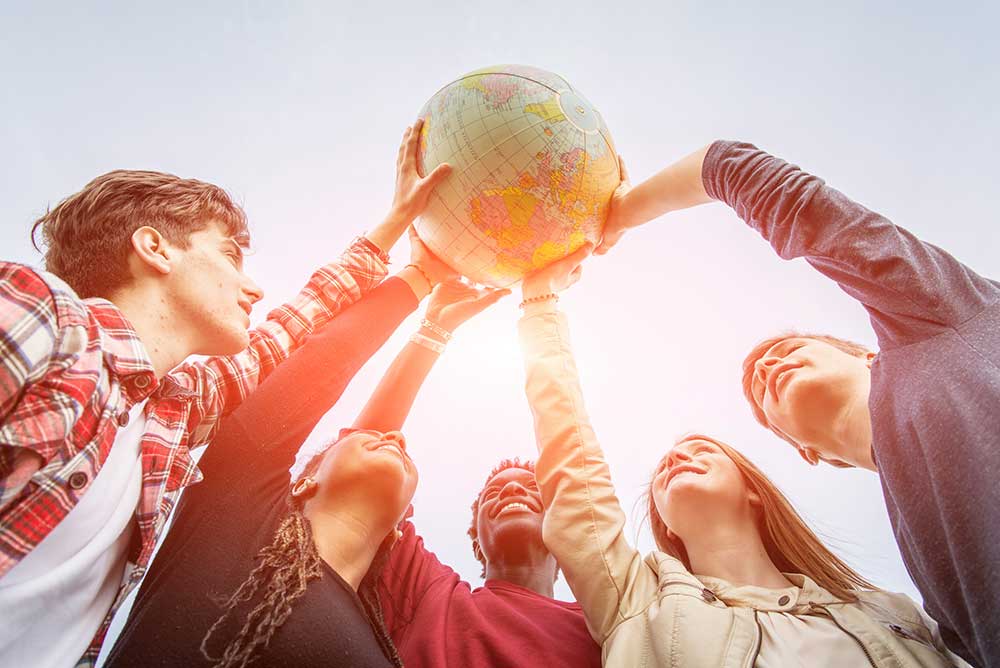 In its report card, The Council of Councils, a global initiative to connect leading foreign policy institutes, has identified ten global challenges that every nation should consider in order to build a better world. These challenges range from mitigating climate change and combating transnational terrorism, to promoting global health and expanding global trade.

Although each of these ten challenges deserves special attention, expanding global trade is particularly important because it represents a unique opportunity to contribute to local wellbeing and economic development.

To date, there are 277 regional trade agreements (RTAs) registered with the World Trade Organization (WTO) which might seem like enough. However, there is still room for greater socioeconomic improvement by promoting and implementing more RTAs and other initiatives to facilitate and expand trade among nations.

Rohinton P. Medhora, President of the Center for International Governance Innovation (CIGI) in Canada, said that “Global trade is sputtering, but has not degenerated into damaging protectionism.”

Likewise, Jaime Zabludovsky, President of the Mexican Council on Foreign Relations, pointed out that expanding and liberalizing global trade are key elements “to provide better access to globally significant markets, diversify the investment relationships between states, and promote the growth of regional supply chains.”

Everyone can participate and benefit from global trade

Despite the benefits of international trade, there are misconceptions that promoting global commerce is against the principles of sovereignty, or that it is an activity accessible only to countries at an advanced stage of economic development.

However, international trade is an inclusive activity that allows any nation or business potentiates to expand its growth, regardless of economic size, and link its domestic economy to global opportunities. Promoting the effective use of global trade should be a priority, not only for governments or economic development agencies, but also for educational institutions and business associations.

We need to create more awareness about international trade in society as an essential component to achieving economic development and welfare locally. Countries resistant to promoting global trade are losing opportunities to boost their economies and businesses.

Thus, the challenge of expanding global trade should be embraced by everybody, keeping in mind that this is an activity that demands having a global vision, a lot of planning and strategic execution.

One of the most important recent RTAs is undoubtedly the Trans-Pacific Partnership (TPP), signed on February 4, 2016, by 12 Pacific Rim countries after seven years of negotiations.

According to the World Bank, the TPP is a mega-regional trade agreement (MRTA) with the potential to have such a significant impact on global trade that it will change the path that international trade has been following. In its final text, the TPP has upgraded and integrated issues and opportunities that had never been discussed before. The cutting-edge approach of the TPP addresses topics such as intellectual property, the environment, transparency and anti-corruption, small and medium enterprises (SMEs), government procurement, state-owned enterprises (SOEs), cooperation and capacity building, and e-commerce, among others.

To understand the relevance of having these themes integrated within the TPP, consider the data provided by the World Economic Forum (WEF) stating that “bringing the internet to the four billion people not currently online would add $6.7 trillion to the global economy and lift 500 million people out of poverty.” Thus, integrating rules for e-commerce within TPP nations has been a very important step of this new agreement.

As for traditional themes, the TPP has eliminated close to 18,000 tariffs on goods, ranging from agricultural to manufactured products. This will benefit both producers who might export their products to new markets, and consumers who will have access to a broader range of products.

Some people believe that the TPP is just another RTA, or that it won´t add any value because several of those countries already had an existing trade relationship. However, even the closest trading partners in the TPP will benefit from expanded economic benefits, thanks to the depth of the agreement in different areas.

Particular attention has been given to the participation of NAFTA partners in the TPP: Canada, Mexico and United States. These three nations will not only be preserving their common interests through their participation in this new trade pact, but also increasing their trade relationship.

The TPP will allow them to strengthen their integration and collaboration to the benefit of several industries that share capacities such as aerospace, automotive, mining, agriculture, advanced technologies, financial services and more. The agreement will allow NAFTA partners to expand their markets and work together throughout the Asia-Pacific region.

According to the report “The Road to a Reinvigorated North American Partnership,” these three countries have the opportunity to increase their productivity. This productivity has been estimated to represent as much as $7.3 trillion USD to North America’s region.

To achieve this, they should solve common issues enabling them to compete together in international trade. These issues include harmonized cross-border standards for trucking, harmonizing regulations in a tripartite manner, improving rail, road, port and airport infrastructure, and solving migration issues.

Trade deals can help business, but you must make your own destiny

It’s important to underline that the TPP, or any current or future RTA, will not create these benefits by themselves. Every single nation and company needs to plan, research and “plant the seeds to harvest their crops.” The mistake that some have made in the past has been believing that RTAs will ensure success and that they just have to wait to reap the benefits.

RTAs set frameworks, rules and parameters, but it’s the responsibility of governments, businesses and stakeholders to prepare to compete in these new conditions. Sometimes people blame free trade agreements for their losses, but they don´t realize that the cause of their losses was their lack of planning and execution.

A key factor to succeed in international trade is building partnerships, in combination with finding new clients or purchasers. Partnerships are long term relationships where you and your partner can support each other in an infinite number of ways. The governments of Mexico, Canada and the United States have the opportunity to strengthen their partnership and growth capacities together within the TPP; I would suggest companies do the same for this new trade pact.

Finding partners abroad helps businesses overcome the main challenges that companies face in global trade such as product quality, customs, delivery, logistics, risk management, costs, foreign exchange fluctuations, and social, cultural and political issues. International trade practitioners must adapt their global thinking in terms of local actions. As an entrepreneur running my own international trade company and promoting partnerships, I can testify that free trade agreements offer tremendous advantages to compete and obtain positive results even if you are a small or medium enterprise.

Arriba Mexico Food Company and CMX Partnerships work hard every day to build bridges between Canadians and Mexicans in business making use of NAFTA and other initiatives.

Working with these companies, I have seen the power of bilateral collaboration when you build alliances with institutions from private and/or public sectors. These types of collaborations, often made possible by RTA’s, produce joint initiatives and can ultimately benefit society. International trade, supported with global partnerships, offer endless opportunities to promote economic growth.

The Council of Councils is positive about the global progress that international trade can achieve worldwide in 2016.They have ranked this challenge second in terms of opportunities for breakthrough because “the momentum of the TPP may propel progress for other regional and interregional trade.”

There are currently discussions happening about new agreements such as the Transatlantic Trade and Investment Partnership (TTIP), the Regional Comprehensive Economic Partnership (RCEP), and hundreds of other bilateral agreements between trade blocs and nations. These agreements can offer a promising future and the opportunity to create economic prosperity in regions and communities around the globe.

Promoting international trade as a tool to create wellbeing in society is the responsibility of all of us. Nations, provinces and companies should create their own strategies to participate and succeed in global markets. Finding your own niche and the right partnerships are fundamental in your strategies to participate in international trade. Finally, I recommend you consider the savvy words of Steve Jobs: “Think Big, Start Small and Move Fast.”

Juan Navarro is an Associate Faculty at Royal Roads University, the Director and Principal Researcher at CMX Partnerships and a former economist of the Mexican Central Bank. He is an active member of the Vancouver Island Economic Alliance, the Canadian International Council and the Forum for International Trade Training. He is the founding president of the Society of Mexican Talent in British Columbia and a recognized Business mentor at Futurpreneur Canada. He has collaborated with international organizations such as the World Bank Group, the Asia-Pacific Economic Cooperation (APEC) and the APEC Business Advisory Council. Juan can be reached at juan.navarro@cmxpartnerships.com. View all posts by Juan Navarro, CITP|FIBP