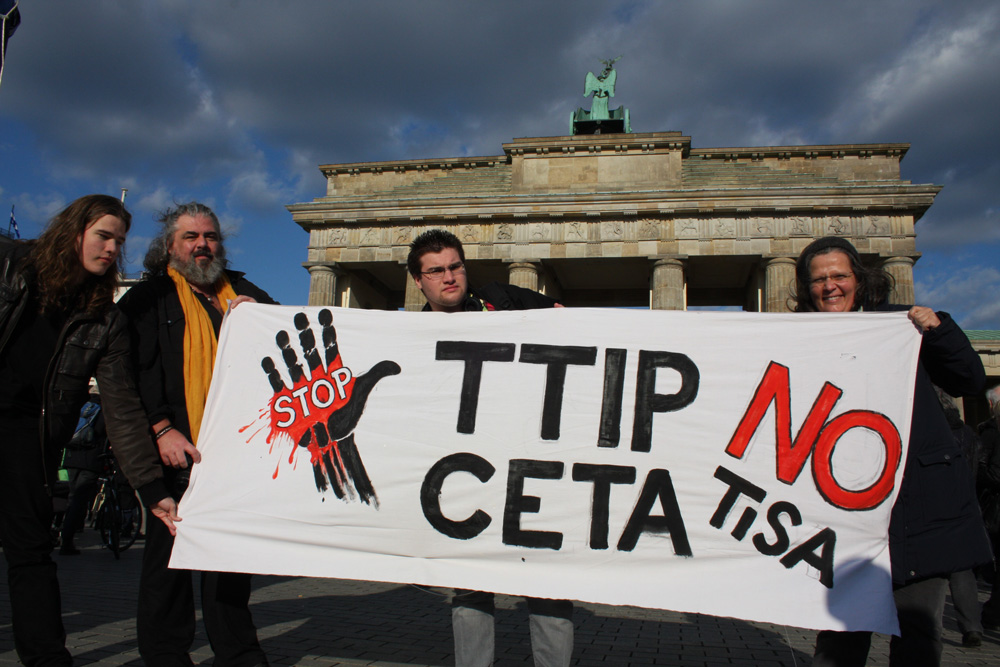 The Comprehensive Economic Trade Agreement, or CETA as it’s known in political circles, is a landmark free trade deal between Canada and the European Union. For those of a certain age, CETA hearkens back to the days of NAFTA and the Mulroney government’s role in brokering the landmark deal.

While it has been overshadowed in the media by the TPP (Trans-Pacific Partnership), CETA is Canada’s largest bilateral initiative since NAFTA was signed in the early 1990s. The agreement is designed to lower trade tariffs by eliminating 98% of them between Canada and the EU, and increase the trade of goods and services. CETA is part of a strategy to make the most of two qualities that define both signing partners: Canada’s immense natural resources and the EU’s large population.

CETA was designed from the ground up to streamline the trade process between signing members, but has also been met with immense criticism on both sides of the Atlantic.

From the Canadian side, much of the criticism has to do with rising costs in pharmaceuticals, as well as the potential for outsourcing to severely handicap the dairy and automotive industries. It should be noted, however, that the Canadian federal government has promised to compensate the industries affected to the tune of an estimated $4.3 billion.

On the European side, criticisms of CETA are much different. First and foremost of these is the implementation of a suitable legal framework. When one considers that from the EU side, a full 28 member states are involved in the deal, compared to only one on the North American side, it seems that the EU’s fears are justly warranted.

“We live in an era of increasingly complex global issues,” says Rick Badger, International Trade instructor at Ashton College in Vancouver. “The completion of a legal review of CETA is of importance to everyone involved.”

Considering that Canada has been sued a total of 34 times for trade violations as a result of NAFTA, the fears of EU member states are understandable.

Europe not happy with ISDS

Fearing a repeat of NAFTA-era legal disputes, European countries like Germany have repeatedly cited fear that CETA’s ISDS would drastically lessen protection for European governments from trade deals gone wrong. Arbitration aside, the ISDS component of international trade deals are precisely the reason for their success.

From the Canadian side of things, formalized agreements and ISDS clauses allow smaller Canadian businesses to compete on a level playing field with larger EU corporations, says Badger.

Still, CETA has been a hard sell for Europeans, extending all the way into immigration. With all 28 EU member states needed to sign off on the deal – and by all accounts, this is imminent – the concerns of two states in particular, Romania and Bulgaria, threaten to derail the entire process. While Romania and Bulgaria are EU members, previous political problems have caused Canada to insist that travellers from the two countries need visas to visit. And given that CETA won’t be fully ratified until all 28 nation states sign off on it, Romania and Bulgaria have a powerful bargaining chip in the form of veto power.

The ratification of CETA is expected to take approximately 12 months. But given that the document is 1,500 pages in length, the ratification period is designed to iron out any remaining kinks. Judging from the latest round of spats in the press between Canadian dairy farmers and autoworkers, pharmaceutical firms and Eastern European countries, it’s safe to say that there is still much work to be done before all signing parties are satisfied.