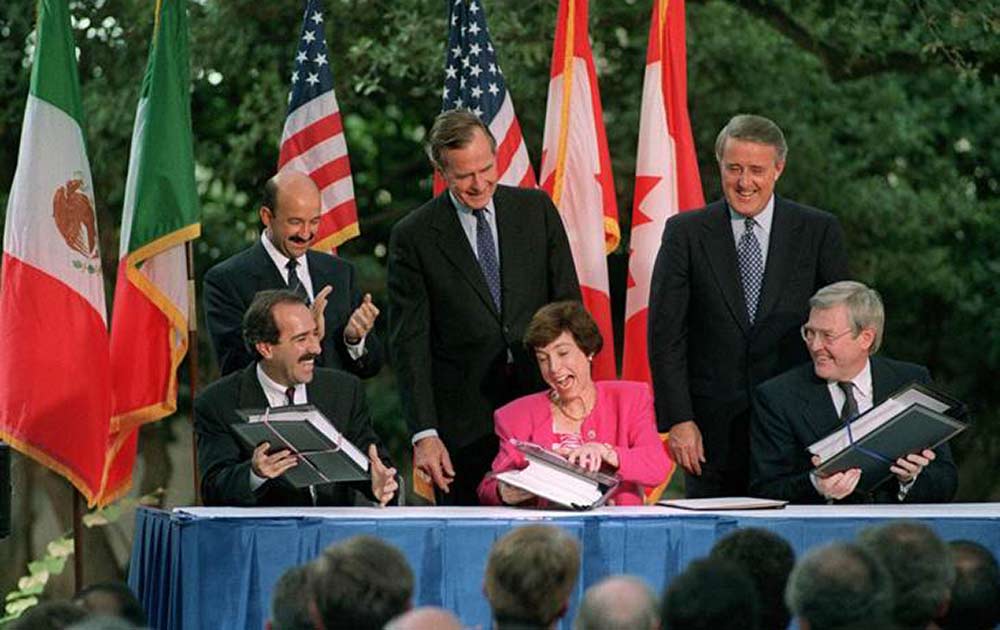 One of NAFTA’s most famous chapters is Chapter 11, otherwise known as the Investor-State Dispute Settlement (ISDS) chapter. ISDS chapters are consistently found in a large number of modern trade agreements across the globe.

Using NAFTA’s Chapter 11 as an example, we will explore how ISDS works, and why being knowledgeable about it is important to global investors and international businesses.

What NAFTA’s ISDS does:

NAFTA’s Chapter 11, like most ISDS chapters in trade agreements, establishes obligations for the parties’ treatment of investors and their investments.

If those obligations are breached by a foreign government, investors can seek to have these obligations and/or standards enforced by bringing a claim under NAFTA’s Chapter 11.

Once a claim is made, a tribunal will be established pursuant to Chapter 11, which will determine if the established standards and/or obligations have been breached and whether the investor may be entitled to recover monetary damages.

What are the main Chapter 11 obligations?

Who can bring a claim?

In order to commence a Chapter 11 claim, one must be an “investor of a Party”. In other words, the investor must be from one of the countries who are part of NAFTA (Canada, Mexico or the United States).

For instance, a Russian investor doing business in Canada could not bring a claim under NAFTA Chapter 11 because he is not an “investor of a Party” to NAFTA, meaning he is not an investor from either Canada, the U.S. or Mexico.

A Canadian investor doing business in the U.S. or Mexico, however, would have standing to bring a claim as an “investor of a Party”, that being Canada.

An “investor” can be any citizen (corporate or individual) of any of the three Party countries (Canada, Mexico, U.S.), who has an investment in one of the three Party countries, but cannot bring a claim against his/her own country. In other words, a Canadian investor could not bring a claim against Canada, but could bring one against the U.S. or Mexico.

Who are the Parties?

NAFTA Chapter 11 allows investors, whether corporate or individual, to bring a claim against one of the three Parties’ governments. This is the only avenue through which private individuals or corporations may seek damages or start a claim against a foreign government entity.

In order to start a claim, one of the obligations listed in Chapter 11 must be breached (i.e. national treatment, MFN, expropriation, etc.). If an investor does put forward a claim under NAFTA Chapter 11, they are essentially starting an arbitration process.

Although there are many general criticisms of ISDS, it still remains an important element to consider when doing business and/or investing abroad.

The ISDS chapter in a trade agreement of a country where you are considering doing business or investing could act as a shield against any arbitrary foreign government measures that would negatively impact your business.

Has NAFTA’s Chapter 11 or any other trade agreement’s ISDS impacted your business?