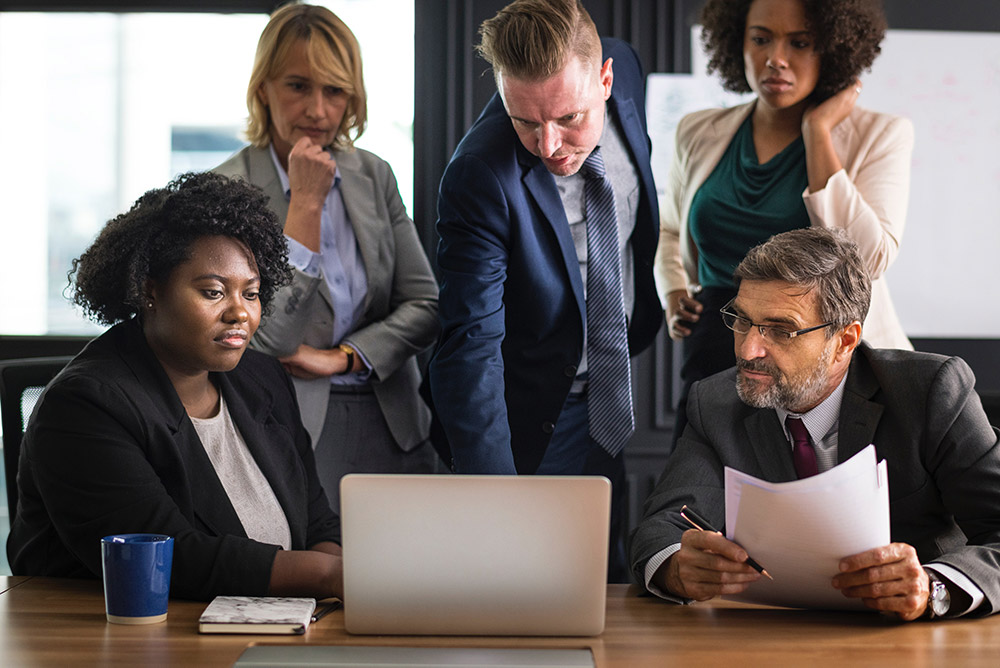 The goal of most companies is to grow and make a profit, and this does not usually happen without customers. As a result, most firms never stop searching for new clients who will buy their products and services, taking advantage of multiple courses, thousands of publications and ongoing conferences on how to succeed at business development.

One of the most effective ways to enact this is through greater information sharing between company departments. While it is human nature for departments to be protective of their input to the company, sharing information for the benefit of all should be encouraged by upper management.

Many division managers and their staff subconsciously believe that their particular department is the only vital activity to the ongoing success of their company. For example, Manufacturing believes that without the products they produce the company simply would not exist and Sales boasts that without the clients they bring in, nothing at all would happen.

However, all departments should think of themselves as part of a large team rather than compete with each other.

Manufacturing could be looking for production technology to better produce their products and pass this information to upper management. Salespeople, who are active in the marketplace, often pick up information on market trends to pass to marketing. HR could hire multilingual staff to better serve foreign clients.  Accounting and Finance could search for better billing systems to streamline their invoicing process, and so on.

Here’s one example of how this can have major benefits: a recent graduate was hired to work in a large bank’s telemarketing centre to find new clients. He was given lists of new company registrations to contact and told that the basic reason for a bank’s success was its ability to find new clients to whom it could offer competitive loans.

One morning a phone call was routed to his desk from a former client. The client recounted that 3 years previously the company had negotiated and successfully repaid a loan, but the firm was expanding and now was in need for more capital. The young man passed the lead on to the bank’s closest branch and recorded his first “new business” success.

He then reasoned that reactivating former clients (who were already known and approved) would bring better results than trying to convince brand new contacts to do business with his new employer. He searched the bank’s “dead files” department and found detailed records of several thousand former clients who had successfully repaid their loans, but whose files had been closed. Apparently nobody had ever followed up nor checked if the companies required other services from the bank. A further search found that half were no longer in business, but the other half were still active and had often grown considerably.

He had found a gold mine of potential “new” clients who already knew his bank and would presumably be happy to renew a relationship and hopefully do more business.

This mindset applies in the public sector too

Governments are also in the business development game, and many have active programs designed to attract foreign investment (FDI) and trade to their territory.

One such administration had appointed representatives abroad whose responsibility was to increase international business by finding potential foreign investors, interested business partners and importers. Details of these potential overseas business opportunities were publicized in a bulletin regularly mailed to many thousands of domestic manufacturers. The concept was that companies would jump on these leads, but unfortunately most executives were too busy running their domestic businesses to consider international relationships. The result was that consequent successful deals were minimal.

The outcome was the creation of a list of domestic manufacturers whose specific interests were then described and distributed to the overseas-based representatives. The profiles provided details of what each company was potentially interested in – foreign technology related to their business, an international partner, a possible import-export opportunity, a joint venture or licensing agreement. The number of completed partnerships increased exponentially.

The government department finally had the chance to successfully encourage domestic businesses to expand internationally by providing real opportunities. Simultaneously, the entrepreneurial manager was head-hunted and went on to a successful career in the private sector.

A team effort can make something old new and profitable again

The expression “business development” describes a vital activity that should not be contained to a few employees, but instead must be consciously done by all departments in a company or organization.

A business development mindset suggests a proactive management style, confirms a commitment by top executives to find new clients, and feeds into companies’ visceral need to always seek ways to prospect for business – be it “new” or old.

Traditional efforts to seek out new customers are important, and must be continued. But when paired with new methods to work with other departments to find new information, make processes more efficient or enact new ideas, the growth possibilities for your business become nearly endless.