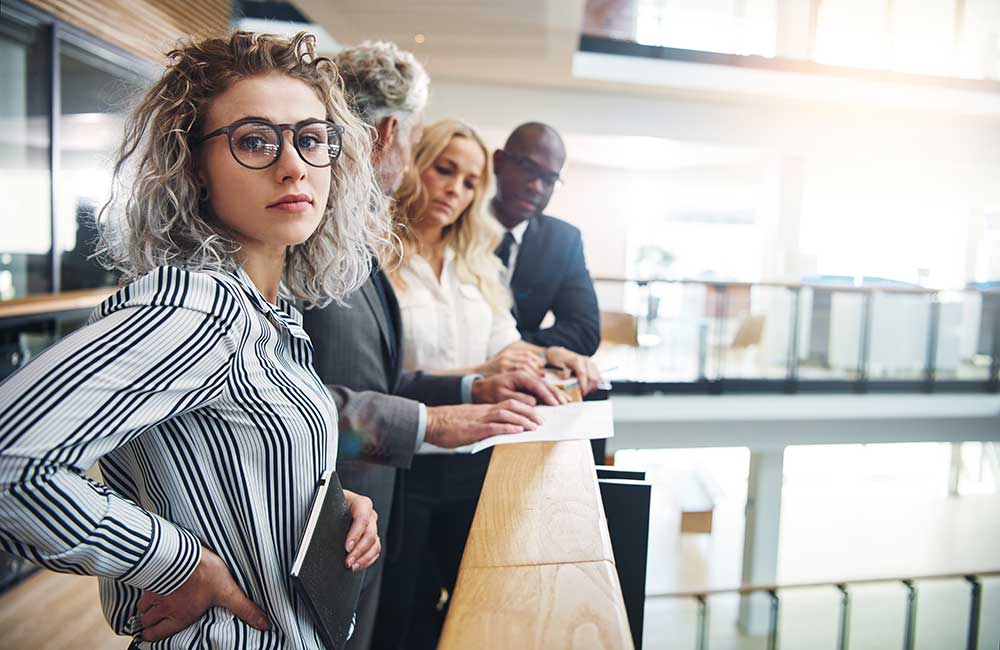 There is not a week that goes by where we do not see a headline reporting some type of bribery and corruption scandal, or yet another example of unethical behaviour by an executive or politician.

After 35 years with the RCMP, and several years as the Compliance and Anti-Corruption expert with the Sensitive and International Investigations Unit, these types of headlines should not really surprise me. From the Panama and Paradise Papers to revelations of corruptions amongst company executives and politicians, it appears that the ugly spectre of corruption is being highlighted everywhere.

One could easily become jaded and cynical by these constant reminders of how some people let greed and a lack of integrity distort their moral compass.

Bombarded by continual headlines of corporate and government corruption, the general public cannot be blamed for their anger, distrust and frustration at such behaviour. These feelings are further fueled by the belief that those actively involved in corrupt conduct are not being made to account for their unethical and criminal behaviour.

Contrary to the prevailing wisdom, however, I see this growing trend of headlines and scandals as a very good sign that we are on the right path to slowly change the culture and environment that has allowed corruption to thrive for so many years. The reality is that ten, even 5 years ago, we would not have seen these headlines. Those corruption scandals would have been buried, and the individuals involved would have continued to operate with impunity and without fear of public disclosure, let alone being prosecuted.

The very fact that that we now have high ranking public officials, senior corporate executives, and well-established companies being named, shamed and prosecuted for unethical behaviour is a clear sign that the fight against corruption is evolving in the right direction.

More aggressive enforcement action, new laws, as well as the growing demand for greater transparency and accountability around the world is having a visible impact.

Two key factors that are driving this change are the growing push-back from civil society, along with the power and immediacy of social media platforms. These platforms are empowering civil society to organize, and people to report instantly on corrupt and unethical conduct. Consequently, it has become much harder for public officials and companies to hide their corrupt activities or control the narrative.

In this new and changing environment, it is likely that the corruption headlines will continue for some time and we will see more disclosures similar to the Panama and Paradise Papers occur.

The millennial generation are also playing a critical role in changing the business culture. This next generation of business leaders are much less accepting of unethical behaviour, and crucially, are connected through social media with countries and people being victimized by corruption. As a result, those millennials are more likely to speak-up and report unethical and corrupt behaviour.

Organizations who fail to have a robust compliance program, which includes an effective whistleblowing program, will see millennials report wrongdoing to authorities or leak information to the web.

I have always warned managers that if I get a complaint of wrongdoing by an employee, they and their company have failed in implementing an effective anti-corruption compliance program and ethical business culture.

Having a robust compliance program is a very important step in mitigating and managing corruption risk, but will invariably fail if it is not supported by a corporate culture that not only supports compliance, promotes integrity and ethical governance.

An organization’s culture influences the integrity of those employees that are either on the fence or would rationalize wrongdoing. This occurs when the culture promotes willful blindness, permits ignorance of policies and controls, or encourages the avoidance of those controls through unreasonable business goals and rewarding ‘success by any means’.

No controls, policies or compliance program can totally eliminate or prevent unethical people from getting involved in wrongdoing, but the absence of those measures greatly increases the capacity of wrongdoers to operate with impunity and fear of detection.

The absence of a robust anti-corruption compliance program:

On the flip side, the existence of a robust compliance program and an ethical business culture can not only prevent, detect and mitigate misconduct, but will markedly increase the chances of authorities going after the individual wrongdoers instead of the company itself.

In addition to an organization’s culture, business and thought leaders must also consider what role greed, selfishness, blind ambition, reckless need for recognition or even performance anxiety can play in the non-compliance rationalization process. These leaders must be pro-active and continuously diligent in their efforts to mitigate individual and organizational risks by exploring new, creative ways to recognize performance and incentivise ethical behaviour.

In this changing business environment insurance underwriters, development banks, financial institutions, venture capitalists, pension funds and a growing number of businesses and government agencies are looking at mitigating their risk and exposure to bribery and corruption. Having a robust compliance program and adopting ethical business practices is now becoming a competitive business advantage.

We need to raise the bar collectively and work towards creating an environment where compliance does imply integrity.

You can find more information on the CCEAC’s anti-corruption and ethics training here.

Pat Poitevin is an ethics, compliance and anti-corruption expert. He spent 35 years with the RCMP where he took on a role educating Canadian businesses on the costs and impact of corruption on businesses and communities. He is also the co-founder of the Canadian Centre of Excellence for Anti-Corruption (CCEAC) at the University of Ottawa and of the Global Anti-Corruption University project. View all posts by Pat Poitevin