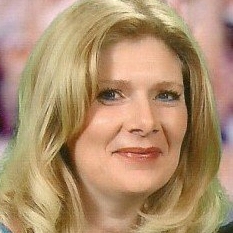 Bernadette Terry always wanted to see the world and meet new people. Her passion for travel is what led her to one of her first jobs, working as part of a UK travel company’s marketing department to promote vacations in Europe. In this role, Bernadette had the opportunity to travel across Europe.

Building bridges for businesses on opposite sides of the Atlantic

In 2004, Bernadette emigrated to Canada. She worked in various roles in the private sector before taking a new role with UK Trade & Investment in Canada as a Trade Officer in 2006.

After all she had achieved, Bernadette still wanted to add onto her vast experience. She then decided to enroll into the FITTskills training program, which would put her on the path to earning the CITP®|FIBP® designation.

“It was very challenging at times to complete the online courses while working full-time and traveling on business. I was fortunate that I was already an experienced international trade professional and had the benefit of assisting hundreds of companies from different sectors with their international expansion, which gave me additional perspective.”

“I already had many years of training and experience in international trade from my work in the UK. When I emigrated to Canada, I felt it would be useful to obtain a professional qualification, especially one with a Canadian/North American perspective.”

Bernadette’s hard work paid off when she attained her CITP®|FIBP® designation.

By 2012, Bernadette had moved on from UK Trade & Investment to Invest Ottawa. There she acted as Senior Business Development Manager for the International Trade and Investment team. Bernadette supported local companies to explore new markets and expand internationally. She facilitated international trade opportunities, foreign direct investment and business expansion into Canada.

As part of her work, Bernadette organized and facilitated successful trade delegations and international trade events in Canada and all over the world.

She used these opportunities to build strategic partnerships. One such partnership included developing a Soft Landing exchange program to facilitate new business opportunities between Canada and Europe.

Branching out on her own as an expert trade practitioner

Bernadette’s exceptional skills and experience in international trade allowed her to start her own international consulting company in 2016, BTI Global Innovation Inc. Her company works with various international clients, both from individual companies and government organizations.

Being the client-focused trade practitioner she is, Bernadette focuses on how her designation benefits her clients.

The CITP professional designation was created to prove an individual’s level of competency and experience in international trade and is therefore a useful reference for potential clients.

Want to connect with Bernadette?