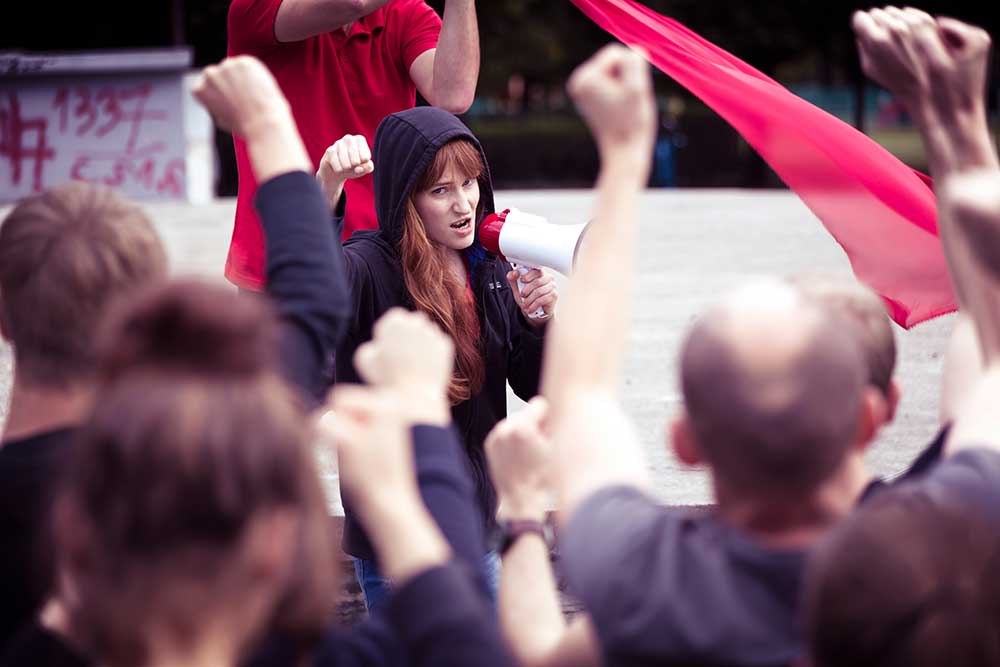 While the details should be left to the specialists, a general awareness of how they affect international marketing decisions is essential. The turbulence of unexpected political or legal issues can damage even the best business plan.

It is important to anticipate unexpected circumstances and take appropriate actions when preparing the international marketing plan.

Politics are a crucial factor in the conduct of international trade. Characteristics such as political stability, the attitude of political leaders to foreigners and foreign trade, or the degree of state intervention in the economy will affect a company’s ability to enter a foreign market and turn a profit.

Government actions can influence the operation of market mechanisms positively or negatively. If the international political context in the target market changes continuously, it is imperative that the international marketer fully understand the political situation (current and potential).

Political systems affect the degree of freedom that businesses can exercise in running their operations. Democracies maintain stable business environments primarily through laws that protect individual property rights. In a centrally planned political system, there are government rules, regulations and approval processes affecting many routine decisions.

Political risks are present in many countries in different degrees. In general, political risk is associated with a country’s history of stability and consistency.

An unstable government or an environment of political conflict will increase the risks faced by international marketers. Inefficient governments can cause expensive delays (especially at customs posts) and difficulties in financial settlements. Weak governments can court popularity or try to make themselves seem strong by taking highly visible and restrictive measures against foreigners, especially foreign business people. Most types of political risks arise out of the following sources:

Property seizure: Governments sometimes seize the assets of companies doing business within their borders. Methods of seizure include confiscation, expropriation or nationalization (which might result in the full or partial transfer of ownership). While governments rarely use confiscation and expropriation (usually with some monetary compensation) these days, nationalization continues to remain a vehicle for governments that have ambitions regarding specific sectors. For example, consider Venezuela’s nationalization of the mining and energy sector.

Conflict and violence: Outbreaks of hostility, either within a country or between countries, can have catastrophic effects on the conduct of trade. Over the past few decades, the incidence of wars between states has declined, but there has been a proliferation of domestic conflicts (civil wars, terrorist campaigns, secessionist movements), which inevitably bring instability and economic uncertainty. Conflicts may also be associated with embargoes or sanctions, which are equally disruptive to a company’s plans and prospects. In the past, sanctions were used regularly against the countries of the former Soviet Bloc as well as against the apartheid regime in South Africa.

Local content requirements: Laws stipulating that foreign companies must obtain a specified amount of a product or service from local suppliers can force companies to use locally available materials, procure parts from local suppliers or employ a minimum number of local workers. These requirements can limit the foreign company’s direct exposure in the local market. They can also have an adverse impact on product cost, product quality and quality of the workforce.

Change in government: There are situations where a change in government may result in the new government not honouring some of the previous government’s commitments. This generally affects industry sectors that are critical to the country’s economy (e.g., mining, energy, etc.).

Virtually all international marketing decisions—how to market the company’s goods in the target market, which technologies to employ, who to hire in the foreign operation, etc.—have to be implemented within the parameters set by the national business environment of the target country.

The national business environment is essentially a conglomeration of its politics, laws, regulations and economic policies.

The international marketer has to understand all the dynamics reflected in the legal, policy and political environment of the target country. Exporters must also develop strategies and tactics to deal with the inherent constraints in this environment and make the best of the opportunities.