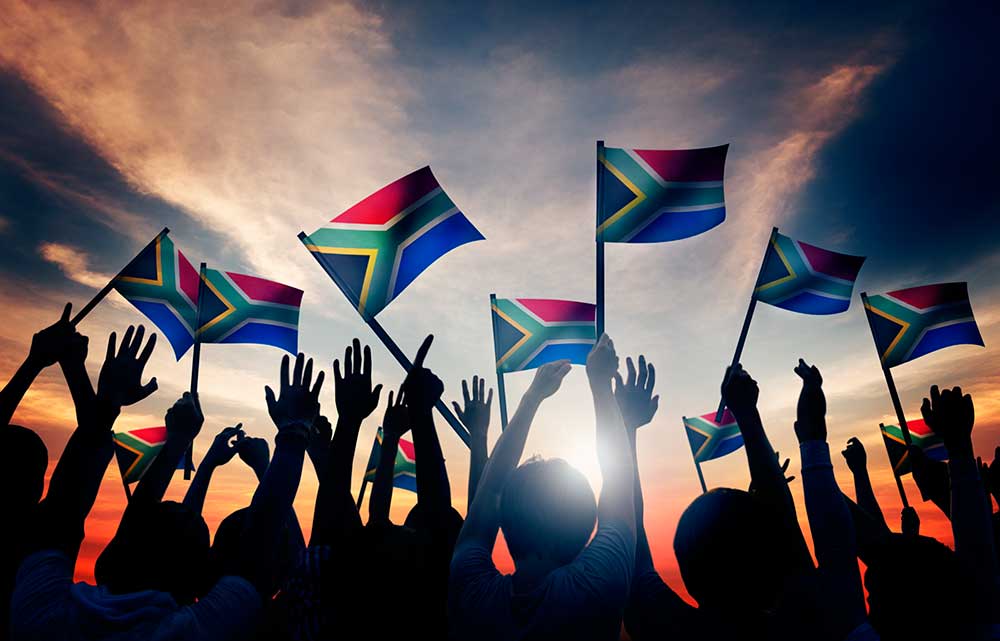 As the ‘S’ in ‘BRICS’, South Africa has received some major attention as a top emerging market.  While the populous, diverse nation certainly offers opportunities for would-be importers and exporters, it also presents its fair share of challenges.

South Africa boasts a total population of 54,956,900 people and counting, making it the 36th largest export economy in the world. Trade is growing and in the past five years both imports and exports have increased at promising rates. In 2015, South Africa imported US$85.7 billion worth of goods and exported US$81.5 billion. To date, its top imports include petroleum products, cars, computers and gold.

The World Economic Forum’s Global Competitive Index lifted South Africa two rankings in its 2016 report from 49th to 47th overall and improved its ranking in 10 out of the 12 pillars measured, making it that much more enticing for potential investors. In fact, South Africa has the most competitive economy of all nations on the African continent, often referred to as the “Powerhouse of Africa”.

This rise in ranking marks the best outcome for the country in five years, largely thanks to improvements in the competitiveness of its markets and business and labour relationships. In the past year South Africa has also made moderate improvements to its quality of education.

The African Growth and Development Act (AGOA), signed in 2000, is another boon to prospective exporters from the United States. The trade agreement eliminates a significant portion of tariffs on almost all marketable goods produced in AGOA member countries that enter the U.S.

2. Be prepared for a lengthy and costly set-up

The business environment in Sub-Saharan Africa is known for its lengthy and costly start-up procedures and, unfortunately, South Africa is no exception. That being said, the cost of starting a business in South Africa settles in at about 0.3% of income per capita, compared to up to 60% in other parts of the continent.

The country has made some big improvements in smoothing import and export procedures, but one can expect it to take approximately 43 days to start a business, involving seven different procedures. Compare that to the other BRICS nations: Brazil (101 days), India (26 days), China (28 days) and Russia (11 days).

Infrastructure is also a concern. Both transport and electricity infrastructure development has stalled and numerous power disruptions have occurred over the past year. Political uncertainty also increased over the course of 2015 and into 2016 with a rise in security concerns, a drop in overall transparency, and some loss of trust in the nation’s politicians.

Consider doing business in South Africa as a long-term investment. The business culture in the region favours personal relationships and business owners there are more likely to do business with companies that have a local presence. Seeking an introduction via a mutual contact will yield much better results than cold calls, and keep in mind that the first meeting will be more of a ‘get-to-know-you’ exchange to establish trust and a rapport before business can proceed. To get connected with local business people you can contact one of the many business networking organizations, such as the South African Chamber of Commerce and Industry.

Though South Africans tend to make decisions based on facts and figures, an overly aggressive hard-sell technique will often be unsuccessful. Business is typically done in a more informal setting but businesspeople take a more direct approach in communication.

South African business culture isn’t typically tied to hard and fast deadlines, and businesspeople like to take their time to come to decisions. The upside of this for those doing business with South Africans is that they also prefer for both parties to come out of negotiations with some gain, and will work to reach a consensus.

South Africa is a country of long-standing traditions which are highly valued. The country is also known for its personable people, and those who take the time to establish a rapport based on mutual understanding and respect will be rewarded.

4. Forget about a one-size fits all approach

South Africa is known for its cultural, ethnic, religious and linguistic diversity. There are 11 national languages and many others are spoken as well. You will also find diversity in the region’s sociopolitical framework, levels of education, rural and urban populations, and class structure.

When applying business strategy to South African markets, it simply doesn’t make sense to apply a blanket one-size-fits-all approach. Companies looking to do business in the region should take the time to do careful research and study each cultural subset to determine which segment it makes the most sense to target.

It’s crucial that any business entering South Africa take the time to understand the unique needs of each group as influenced by their culture.

5. South Africa is a nation under construction

South Africa depends on its ability to move goods into, across, and out of the country to support its economy. A significant effort has been made to make that easier in the past decade, including a $5 billion investment in transportation ahead of hosting the 2010 FIFA World Cup. However, those in the import export business bemoan the lack of investment in freight and logistics infrastructure, including ports, railways and pipelines, which are often subject to delays.

South Africa is leading its continent in transportation infrastructure, but a pivot away from major investments in this area have driven up usage costs and created transport slowdowns and bottlenecks over the past few years.  Fortunately, due to strong public pressure, the government has renewed its focus on infrastructure, introducing projects that will expand container capacity among other transport improvements. South Africa is once again under construction.

The country is also working to address socio-economic inequalities with programs such as the Black Economic Empowerment (BEE) project, issuing guidelines for investors in certain sectors, including companies bidding on government procurement projects.