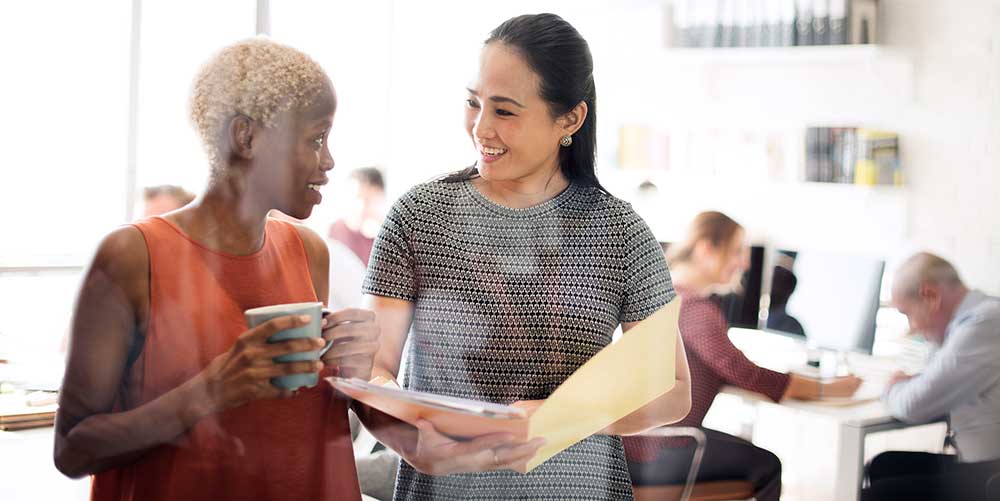 The goal of gender equality in trade policy formulation is to anticipate the unequal impact of trade policy and trade commitments across gender – to minimize the negative consequences and maximize positive outcomes.

Where does trade policy formulation and gender equality development intersect?

These goals should then be used to inform all aspects of the countries’ policies, including trade policy formulation and implementation. So, the intersection begins with having the goal of gender equality clearly enunciated in the country’s development strategy.

Secondly, while trade policy formulation begins with the state, civil society participation is an essential component of the process. It helps to determine and give voice to the goals and needs of the population and brings accountability to the process. Civil society participation is key to advancing pro-development goals in trade policy formulation.

Accordingly, a gender-sensitive approach to stakeholder selection during civil society participation is another key point of intersection. This means identifying men and women as distinct categories of stakeholders.

This approach will support the collection of gender-sensitive anecdotal and other pieces of data. For example, what are the relevant issues that face men and women as distinct categories of stakeholders?

Collecting and analyzing data from a gender perspective will help us find out if there are ways in which men or women will be disproportionately affected, positively or negatively, by proposed policies and their implementation.

Let me give an example:

Trade liberalization is a strong component of most countries’ trade policy. The policymakers might further decide that this commitment requires lowering tariffs on those goods most in demand by business owners. In the United States, 6 in 10 women-owned businesses are found in four sectors. Salons for hair, nails, and pets account for 22% of women-owned businesses in the country.

Trade liberalization of tariff rates for imported shampoos and hair-styling products used in the salon industry would have a disproportionate impact on women owners and workers. Understanding and taking decisions on trade policy in light of this reality is a simple example of collecting and using a gender-sensitive approach to shape trade policy.

Trade liberalization is just one step in the right direction

Policies that liberalize trade can have both a direct, or more indirect, impact on women, and it is worth exploring these effects in light of ongoing debate surrounding free trade and protectionist ideals.

Let’s start with some obvious benefits – reduced or eliminated tariffs generally get translated into lower prices on consumer goods. And trade facilitation is aimed at reducing the time and costs of moving goods from Point A to B, creating more savings that can be passed onto the consumer.

As a result of trade liberalization, most women can now select from a wider range of goods at more affordable prices when shopping for themselves and their families. And we know that women are the primary buyers in the majority of households.

There are concerns expressed about whether trade liberalization leads to a proliferation of low quality, shoddy goods masquerading as “consumer choice”. I think most women would prefer to be able to buy something, than nothing at all.

But undoubtedly, trade liberalization needs to be accompanied by heightened consumer protection – a regulatory environment and agency with real teeth!

A look at the impact of trade liberalization on jobs and income shows more nuanced results. Studies, which have focused on developing countries, have found that trade tends to create jobs for women in export-oriented economies.

At the same time, these jobs tend to be lower-skilled and lower-waged, most notably in the textile sector. This disparity is the result of less access by women to the time and resources they need to be trained to assume more skilled roles.

Finally, in the area of entrepreneurial activity, the results are abysmal. The same factors that hold women back in the domestic economy make it difficult for them to take advantage of opportunities created by trade liberalization, whether in the export or domestic market.

These limitations include, less time, less access to resources, as well as to the financing they need to grow from subsistence activity or even to enter into business at all.

Gender issues in global business are starting to be addressed

I see more reports and studies coming out on this issue, which remains under-researched.

The International Trade Center, whose mission includes the provision of solutions to support the growth of exports from developing economies, has developed a series titled, “Case Story on Gender Dimension of Aid for Trade.”

Organizations like the World Trade Organization (WTO) and the United Nations Conference on Trade & Development (UNCTAD) are also doing more work in this area. The World Customs Organization (WCO) held a conference in 2013 to examine “informal” cross-border trade.

I also think that the growing number of women-centered international and regional networks is a big plus. Some, like WEConnect International, are focused on supporting women entrepreneurs to enter into global markets.

Others, like the Organization of Women in International Trade (OWIT), provide education and support for women involved in international business and trade.

So, how can we as individuals support women in global business?

We can buy from each other; refer business to each other; and support companies that buy from and promote women-owned businesses and women entrepreneurs.