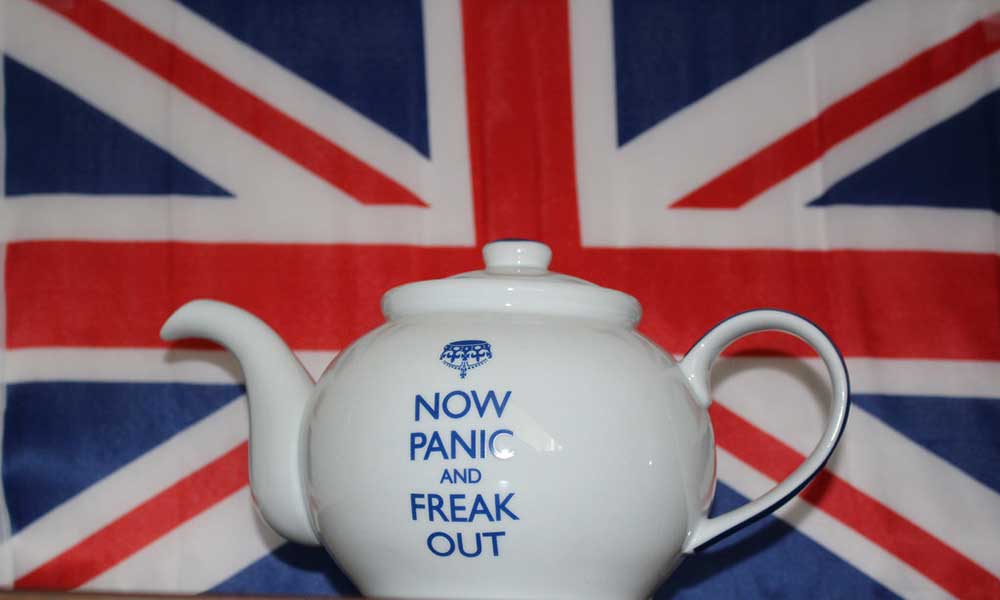 Brexit – the term is now familiar to anyone who turns on a news channel or surfs the internet. Britain’s divisive decision to exit the EU has raised a firestorm of speculation and spawned endless articles. So why should you read yet another? There are some things about the results of the Leave/Remain referendum that may surprise you.

As the first nation to decide to exit the EU, Britain would also be the first of the trade bloc’s original 28 states to invoke Article 50 of the Lisbon Treaty, the mechanism by which a country could leave the union. UK Prime Minister David Cameron had stated he would be required to notify the European Council and initiate the process of leaving the EU if the country voted Leave. However, he has yet to do so, now stating that the move should be up to his successor, the next PM.

Since the move is unprecedented, speculation is rampant, but the truth is that nobody quite knows what to expect in the aftermath. Brendan McManus, CITP|FIBP, former Trade Officer with UK Trade and Investment, sums it up nicely:

Much remains to be seen regarding how the UK’s separation from the EU will progress, and what the new relationship will look like.  There is too much ambiguity, at this point.

For importers and exporters trading with the UK, the possible outcomes could have serious impacts on their businesses. Two issues of major concern are the future of trade deals with the nation and trade financing.

“The outcome of the Brexit vote has numerous implications, the full extent of which are unclear even to those who championed the “Leave” option, not least in reshaping the dynamics of trade within the EU and with partners of the United Kingdom. The consequences will range from renegotiation of trade deals and regulations to currency volatility, and likely impacts on sovereign credit ratings, at least in the medium term. All of this will directly affect investment flows as well as access to and cost of financing, including trade financing,” says Alexander Malaket, CITP|FIBP, President, OPUS Advisory Services International Inc.

2. The Brexit may never actually happen

You read that right. Many are arguing that the UK referendum is not legally binding in the country’s Parliament. How can this be? Within the final provisions of Article 50 of the Lisbon Treaty it states:

Any member state may decide to withdraw from the Union in accordance with its own constitutional requirements.

Many are interpreting that to mean that in order to invoke Article 50 and begin the Leave process, it first has to be approved via an act of Parliament. The text in the agreement is ambiguous and untested. There is no predetermined way for a member of the EU to decide to leave the trade bloc, the matter is left up to each individual member state. A prominent UK law firm is currently working to make sure Parliament has its say in the matter.

In fact, it’s possible that Britain may never invoke Article 50. Some even argue it would be political suicide for the PM’s successor to do so. The volatile reaction to Brexit – including stock market fluctuation, the devaluation of the GBP, the threatened secession of Scotland and Northern Ireland, and the tough economic times ahead – amounts to a pretty rough go for the country’s next leader.

Another factor making headlines is the need for the EU to make bold moves to discourage other members from making their own exits from the union. This could include taking punitive measures against the UK to make an example of the nation and show the value of remaining within the trade bloc.

3. Could the UK Brexit without invoking Article 50?

Pro-Brexit groups have argued that the UK could use the Leave vote as leverage to renegotiate for more favourable terms with the EU. That would involve Article 48 of the Lisbon Treaty instead of Article 50. Article 48 allows EU treaties to be revised by member states, but it remains unlikely that the other 27 nations would allow this to occur. Members of the European Council would have to agree, by a majority, to consider any amendments proposed.

Another option is that Britain could repeal the 1972 European Communities Act to withdraw from the EU through a sort of loophole. This seems a more feasible alternative to Article 48, but would still ultimately place the UK in a poor position on the world stage.

In the end, it’s possible that Parliament will come to the conclusion that invoking Article 50 and initiating the Leave process would go against national interest.

Setting aside the what-if’s and wild speculation, how will Brexit affect those trading goods and services with the UK?

4. Fear not – trade finance is resilient and adaptable

Though there is concern about what might happen a few years down the road, once Britain has fully separated from the EU and formed new trade deals, many agree trade finance flows won’t be affected in the short (or even medium) term.

The GBP has recently been downgraded by Standard and Poor, which may impact the cost of funds for UK importers, general pricing and corporate risk. However, other nations have faced similar downgrades, most notably the U.S. in 2011, yet trade financing is not difficult to obtain in that market.

“Britain was not part of the Eurozone and maintained its own currency, the Great British Pound, and thus facilitates some of the economic elements of the separation. Companies which plan to continue to trade with the UK will still exchange GBP and their operating currencies during their international trading activities.  A currently lower GBP makes it cheaper to source British goods and services, thus providing a good time for British exports and foreign direct investment into the UK,” states McManus.

“The GBP is a strong currency, and I speculate that once markets settle from initial Brexit news, the GBP will appreciate to its true value.  The UK has well-diversified global trading partners and opportunities. However, specific to Europe, I imagine that the UK wishes to continue to trade with the EU and existing trade partners in its new capacity, and vice versa.  It remains to be seen what degree of trade openness, and which trading models there will be in Europe (from tariffs to retaining free trade),” he continues.

“Ultimately, the UK is an important economy and trading nation, and the business of trade finance is highly resilient, well accustomed to adapting to shocks and times of crisis.”

To the extent that businesses remain interested in pursuing trade opportunities, trade finance and supply chain finance will be available to support those flows, through banks and private sector providers, export credit agencies, and where necessary, international institutions. The net result will be about a recalibration of the market, rather than an absolute shift in the availability of trade financing.

Though so many things are still up in the air in the aftermath of the UK’s decision to exit the European Union, the region will undoubtedly remain a profitable market for importers and exporters everywhere.