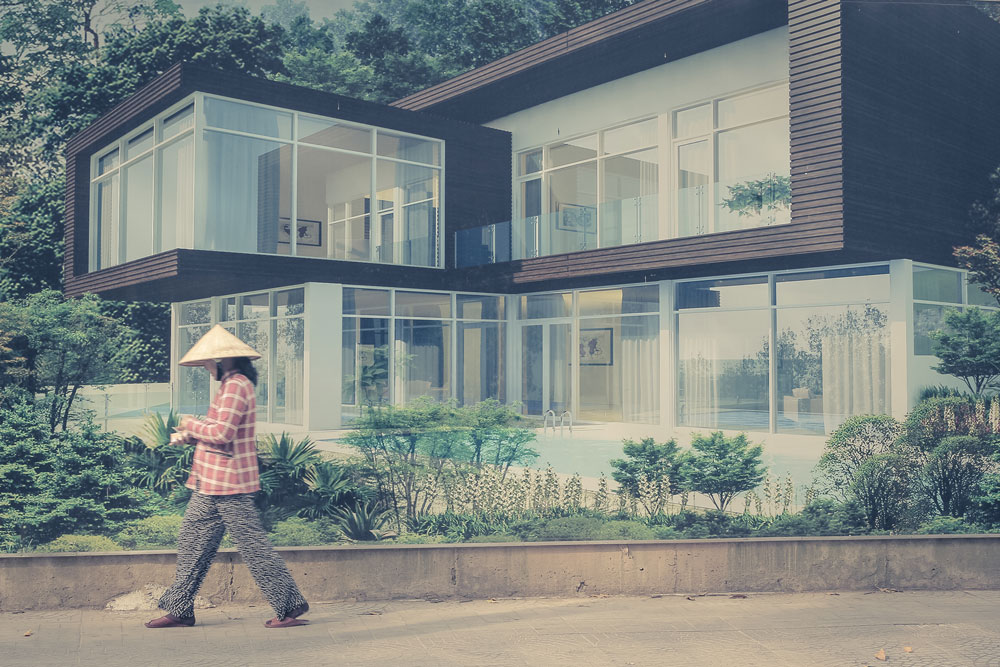 In the last 25 years, the odds of an older person being a millionaire have improved slightly. For young people, however, the odds have become much worse.

These figures come from a new paper by economists at the Federal Reserve Bank of St. Louis’ Center for Household Financial Stability, which shows evidence of a growing wealth gap that few people are talking about – the gap between the young and the old.

The paper, by William Emmons, Bryan Noeth and Ray Boshara, draws on surveys of 40,000 families that the Center carried out between 1989 and 2013 to examine the all-important role that your age plays in how much income you make, and how much wealth you accumulate. It offers a few clues as to how young people can game the system and end up like their wealthy older counterparts, as well as a lot of evidence to show that things are different for young people today.

In my opinion, if the “wealth gap” is this pronounced in the U.S., one of the few economies that continues to create new jobs, one can imagine what it is like in places like Europe and the Middle East, where economies are stagnating and youth unemployment is particularly evident.

While this dire situation exists, the globe is chock full of opportunities for wealth creation. As explained in the 2014 McKinsey Global Trade Institute Report, many of these are directly from or connected to global trade, whether it’s with North America, Europe, Asia, South-South trade, etc.

How SMEs can be included in global growth through e-commerce

E-Commerce is one of the newer and most accessible avenues for business people from all walks of life to participate in global trade and grow their wealth and sales.

Walmart has 250 third party vendors on its e-commerce platform. Amazon and Alibaba are tremendous vehicles for the sale of third party products on their sites. Unilever has seen the value of selling in China through TMall, though they do not sell through Alibaba. Mondavi, Costco, and P&G are just a few of the American companies which sold their products through Alibaba on Singles Day. On this one day alone in 2016, Alibaba achieved sales of $14.3 billion.

I have not heard one U.S. politician whisper a peep about e-commerce as an avenue for small business engagement in global trade.

The ramifications in regard to inclusion, economic egalitarianism, wealth-building, economic growth and job-creation are all too obvious. Politicians prefer to dwell on the dark side of globalization. This is because, despite Bill Clinton’s iconic quote “It’s the economy stupid” holding true in the political arena, ignorance too often trumps the audacity of hope.

In order to build new wealth, what the world’s youth clearly needs is a crash course in international trade and trade finance, pardon the pun. The traditional solution is that of “certified financial advisers,” CFAs who provide ideas about savings and investment.

The problem with that “solution” is that the majority of CFAs have no idea how to capitalize on global trade opportunities, much less how to teach youth about what will be the greatest future source of wealth-creation. In this incapacity, CFAs are joined by economists and consultants who are largely ignorant of international trade, and international business in general. They are in no position to be advising anyone about the acquisition of wealth, and certainly not advising countries on how to grow.

Joseph Stiglitz, the Nobel Prize winning economist, noted that “much of America’s inequality is the result of market distortions with incentives directed, not at creating new wealth, but at taking it from others.” When it comes to markets, “Wall Street” is great at shock and awe, but this hardly benefits “Main Street”. Can nations create wealth without men, as Lincoln wrote, “wringing their bread from the sweat of other men’s faces?” They can!

We all realize that there is a need for a new direction, but first the leaders and the next generation of business professionals have to be educated to take it.

Global trade, more than manipulating stocks and financial markets, will create new jobs, opportunities and wealth across the nation, yet too many professionals do not feel ready or trained for it. Whether through e-commerce or more traditional solutions, today’s youth need to be ready to buy, sell and expand worldwide if they want to achieve the same financial success as generations before them.

“If you want to build a ship, don’t drum up people together to collect wood and don’t assign them tasks and work, but rather teach them to long for the endless immensity of the sea.” ~ Antoine de Saint-Exupéry