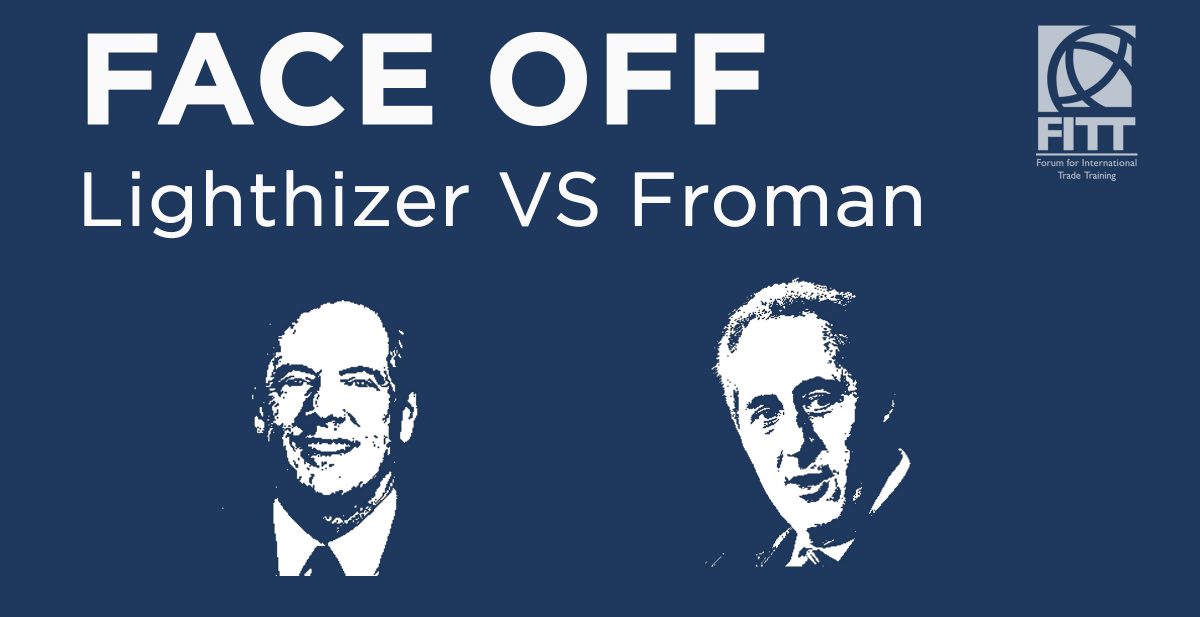 A shift in government typically brings with it a shift in policy. With the election of Donald Trump in the United States, it’s clear that there will be a big change in the nation’s approach to international relations and trade.

To get a sense of the types of changes to expect we can look at the contrasting the viewpoints held by incoming U.S. Trade Representative Robert Lighthizer with those of his predecessor, Michael Froman.

The two men take nearly opposite approaches to trade: According to Lighthizer, American jobs and businesses must be protected from what he views as unfair global competition, while Froman has expressed that negotiating free trade deals helps America to set the standards for international trade policies that benefit American economic growth.

Their differences are illustrated by their past statements on trade, along with their stances on two major trade issues: Renegotiating NAFTA and reducing the trade deficit with China. 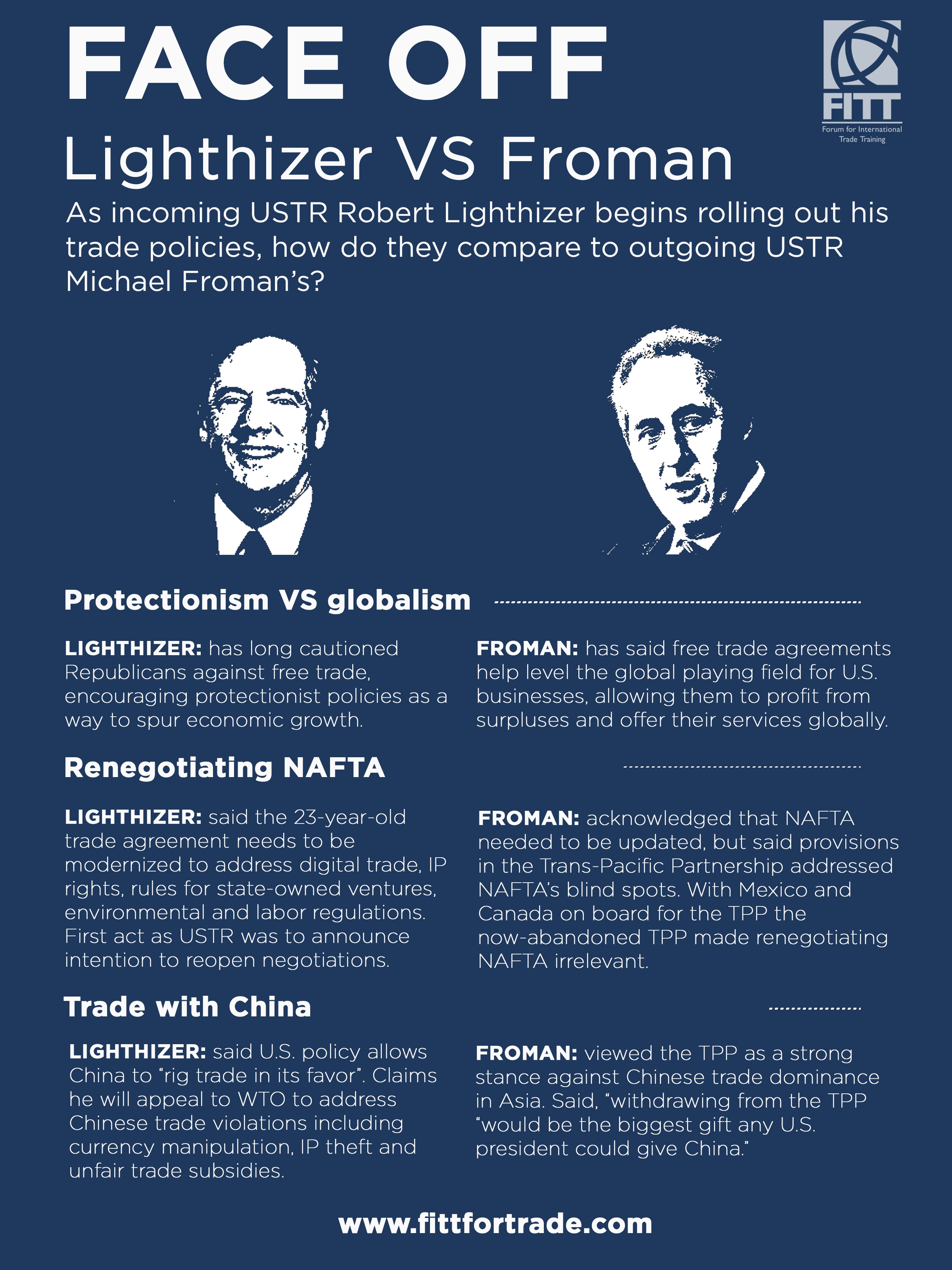 Lighthizer is a well-known trade attorney who served as the United States’ deputy trade representative under Pres. Ronald Reagan. He has long cautioned Republican lawmakers against free trade and encouraged protectionist policies as a way to spur economic growth. He has also been an outspoken supporter of Trump’s protectionist trade policies since his unsuccessful 2012 run for president.

“The recent blind faith some Republicans have shown toward free trade actually represents more of an aberration than a hallmark of true American conservatism,” Lighthizer wrote in a Washington Post piece voicing his support for Trump in 2011.

Since accepting the nomination to serve as Trump’s Trade Representative, Lighthizer has reinforced his support for Trump’s anti-trade “America First” policies.

Lighthizer: Just days he was approved as U.S. Trade Representative, Lighthizer sent a letter to the U.S. Congress announcing his intention to reopen NAFTA negotiations. While the letter did not include details of the goals of the renegotiation, or mention Trump’s previously stated objectives in renegotiating the treaty, Lighthizer has said NAFTA has benefitted U.S. agriculture and investment services, but has harmed manufacturing.

Froman acknowledged that NAFTA needed to be updated, but he said provisions in the Trans-Pacific Partnership addressed NAFTA’s blind spots. With Mexico and Canada on board for the TPP, issues left out of NAFTA, such as energy, investor protections and intellectual property rights, would have been hashed out. The now-abandoned TPP made renegotiating NAFTA irrelevant, according to Froman.

Lighthizer: When it comes to challenging China on trade, Lighthizer has been known to use strong language. He has said that U.S. policy allows China to “rig trade in its favor” to support a $270-billion trade surplus with the United States. Lighthizer has accused China of currency manipulation, intellectual property theft and employing unfair trade subsidies. To address this, Lighthizer has said he will appeal to the WTO to use its laws to address Chinese trade violations. Trump, meanwhile, has threatened a 45% tariff on Chinese imports as a way to lessen the trade deficit.

Froman largely viewed the TPP as a strong stance against Chinese trade dominance in Asia. By negotiating the TPP, Froman said, the United States would be able to set trade standards for the region. Withdrawing from TPP would have “broad and deep consequences, both economic and strategic,” Froman has said, as it leaves China to create its own trade bloc within the region.

Withdrawing from the TPP “would be the biggest gift any U.S. president could give China,” Froman stated.

Of course, Trump announced U.S. withdrawal from the agreement as his first executive action after being sworn into office in January, 2017.

Can we expect a tempered approach?

While Lighthizer is unabashedly protectionist on his approach to trade, many trade industry experts, including those who know him personally, have said Lighthizer could be the force needed to temper Trump’s aggressive “America First” policies. After all, Lighthizer has spent his career as a trade attorney, putting trade theory into practice, and he does have experience under Reagan negotiating bilateral trade agreements. That means that while the United States’ current trade rhetoric is a marked change from the past, U.S. trade in practice may continue to be one of globalization, albeit more measured.