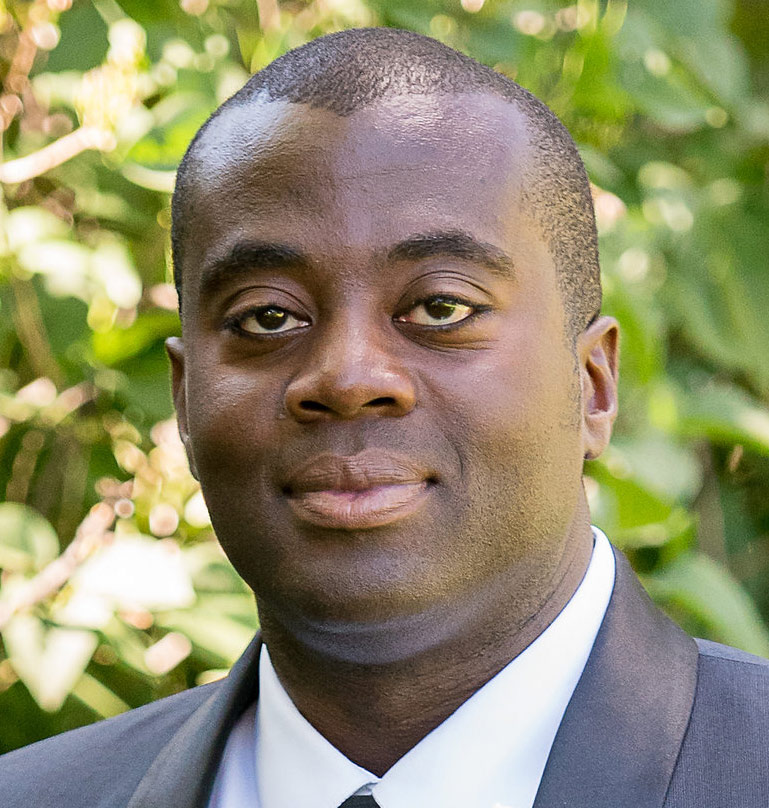 Being good at working closely with others as part of a team, travelling all over the world, and dealing with challenging, often unexpected problems are all characteristics of international trade professionals.

They’re also important qualities for those in the military, where Nord Mensah first began his career in international trade. Nord pursued his passions, enlisting in the Royal Canadian Navy a year after completing his degree at the University of Alberta, and eventually found a perfect fit in logistics.

“I began my career in international trade in December 2000, when I became a Logistics Officer in the Royal Canadian Navy (RCN). At the time I was not aware of where my professional career might take me. However, I was very interested in business, international relations, and international trade. My career as an officer in the RCN allowed me to travel all over the world while negotiating contracts for goods and services to support both my ship and Canadian military operations overseas.

Perfecting the art of negotiations and closing deals at sea

The immense scale and complexity of the Canadian military’s logistical strategies provided a number of challenges Nord encountered that he never could have imagined before working there. Many of those came in the Middle East, where he spent a significant amount of time over the years.

“Having sailed in many of the world’s oceans, I fondly remember reconciling multiple invoices from foreign ports while transiting towards the Arabian Sea. The invoices were particularly challenging because I had to manage a total of three foreign languages before finally being able to verify all contracted work had been completed.”

As part of his responsibility to negotiate contracts, Nord took meetings with businesspeople all over the world. Over the years, he says one of the most important lessons he had to learn was to adjust his expectations regarding time management to fit with local norms.

“People around the world appreciate time differently, and all good negotiations begin with a clear understanding of how each party understands and employs time.”

During Nord’s years of service, the Canadian mission in Afghanistan represented a major commitment of personnel and resources. This required vast numbers of logistical contracts and agreements to manage the needs of those stationed there.

Canada’s eventual military withdrawal from Afghanistan also presented a massive logistical undertaking, in which Nord played an important role. This work remains one of his proudest accomplishments to date.

“I was awarded a commendation by the Chief of the Defence Staff for my work and leadership in managing and eventually closing Canada’s military contracts in Afghanistan at the end of Canada’s combat mission in the country. The task entailed reconciling and terminating thousands of agreements over a period of six months.”

How the student became the teacher

Over the course of his naval career, Nord pursued several opportunities to further his education to meet his career goals. First, he earned his MBA in 2007 after two years of hard work and studying. The next year, he began his Ph.D in business administration, with a focus on management and operations.

In 2014, he not only completed his doctorate to earn his Ph.D, but also his Master’s of Defence Studies through RMC.

By 2016, with over 15 years of experience in logistics and four degrees to his name, he had built an exceptional career and accumulated a wealth of knowledge he could pass onto others.

With that in mind, he decided to take on a new opportunity as a full-time professor at Fanshawe College, one of FITT’s educational partners. He became heavily involved in the school’s international business management program, teaching courses on business administration, supply chain, logistics, finance, management, leadership and organizational design, as well as taking on design and supervising responsibilities for other courses.

In May 2017, he became the new coordinator for the program and continues his teaching responsibilities while ensuring all courses run smoothly. Shortly after, he applied for and earned his CITP®|FIBP® designation and is confident it will be highly beneficial to his work moving forward.

“I chose to apply for the CITP®|FIBP® designation because I wanted the formal recognition of my professional experience and education that is associated with the CITP®|FIBP® designation. Now as a post-secondary professor I can share the value of this credential, based on my experience, with my students and fellow faculty. I can now give them greater perspective and insight into international trade activities and opportunities.”

On a personal note, I am extremely proud of my CITP®|FIBP® designation. It is one of the most significant culminating accolades in my professional career.

As he continues to run the program there, we know he’ll do an exemplary job for students and faculty alike, fostering the next generation of trade professionals and guiding them towards a path for success.