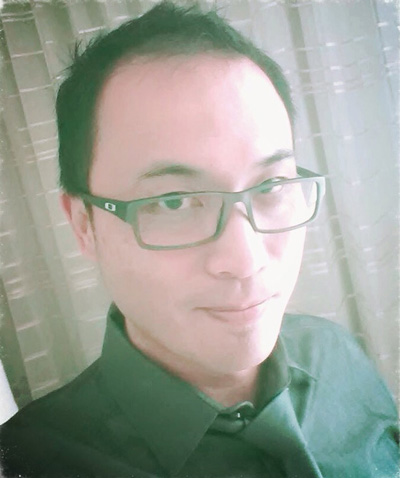 Julio Pacon is a man of many passions, from playing basketball or piloting a Catamaran to watching the latest episode of Game of Thrones. But Julio’s biggest passion is for international trade.

After earning his degree and license, Julio got his start in the field of international trade. Julio worked for PepsiCo, in their Frito-Lay division as a trade marketing manager. There, he was responsible for negotiating and managing the execution of marketing initiatives on behalf of the company.

Recognized for a job well done

While there, Julio helped to increase sales by 24% in 2004 and 2005 for Frito-Lay. He also was responsible for leading new projects, including bulk packages of snacks and 20 kg. bulk packages of a local flavour salsa.

These achievements earned Julio some much deserved recognition. For both 2004 and 2005, Julio earned the ‘Best Sales Performance’ award given by PepsiCo to their best sales performer for the year.

Deciding he wanted to expand his education even further, Julio decided to move from Peru to Canada. Once settled in Montréal, Julio went to McGill University to earn his post-grad certificate in marketing.

As he studied in McGill’s library, Julio received an interesting email. He quickly realized the founder of VLM Foods had reached out to him with an exciting proposition. VLM had recently lost their junior trader for South America and the company was in search of someone who knew the market thoroughly. Julio eagerly accepted the role of business development manager, which he holds today.

Excelling in a difficult situation

In Julio’s role as business development manager, he is responsible for developing new opportunities in international markets. He also utilizes local and overseas sourcing networks to distribute healthy ancient grains and tropical fruits to the region.

While he was eager to take on this new challenge, it was no easy task. The previous employee had erased all his files and emails with the company, so Julio was forced to start from square one. Despite this monumental hurtle, Julio faced it head on.

One of the projects Julio has worked on for VLM Foods Inc. that he is especially proud of is opening the South American market to I.Q.F. (Individually Quick Frozen) products.

These are frozen fruits and vegetables that are each individually frozen, as opposed to being frozen together as a whole, also known as being block frozen. The advantage in this approach is two-fold. One, the flavour is better preserved; and two, the contents of the packages can be individually served and the package resealed for later.

It was an exciting opportunity. It took about a year to get in place. There is a misconception about frozen veggies in South America. They’re seen as not fresh, when in fact the opposite is true. I.Q.F. products are frozen and shipped when at they’re at their freshest. So, it was about changing the people’s thinking. This was just about seeing an opportunity and being in touch with the trends of the market.”

I.Q.F. products can now be found in a multitude of stores across South America, in part, thanks to the efforts of Julio.

Julio isn’t just content working hard for VLM Foods. He also volunteers his time with the Latin American Chamber of Commerce of Québec. Working as the International Commerce Director, Julio has been recognized as best volunteer not once but twice by the non-profit. Julio also serves on the board of the Chamber of Commerce.

Achieving an extra level of credibility for his clients

Though Julio had already achieved and learned a great deal, he wanted to continue his education. As he developed his career at VLM Foods, he earned a diploma in operations and logistics management from HEC Montréal. He also wanted to show his clients he was expertly skilled in international trade.

FITT is the only recognized international forum that promotes an actual trade designation from all the international commerce diplomas I’ve searched in the past. Not only that, the benefits FITT membership provides, including the newsletters and updates on international trade, are great.”

Julio excelled in all his FITTskills courses, but he had a particular affinity for the International Sales and Marketing course.

“I really liked how the course taught me to learn about a new market before entering it. It also emphasized the importance of face-to-face interactions, which I’m a fan of and is especially true in the Latin American market.”

When asked how he felt about finally earning his CITP®|FIBP® designation, Julio had a simple response.

“Amazing! After a long learning process, validating my diplomas and experience, and taking the exam, all I can say is that it was worth it. The CITP®|FIBP® certification proves to your clients that you are good at your job.”

Moving forward with his CITP®|FIBP® designation, Julio sees himself taking on a major role with VLM Foods. He is currently building an international sales team to help expand I.Q.F. products to even more markets. We look forward to seeing Julio continue to add to his already impressive career.