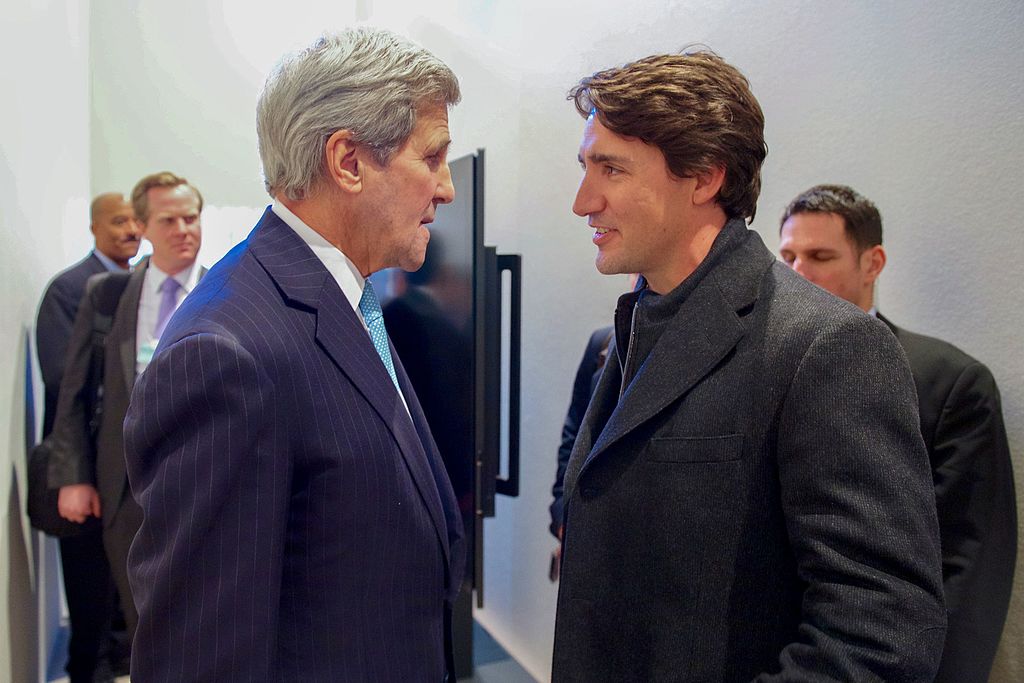 From January 20-23, the world’s leadership elite gathered in Davos, Switzerland for this year’s World Economic Forum (WEF) Annual Meeting. With the theme of “The Fourth Industrial Revolution,” the conference included many discussions on changes in manufacturing, energy, climate change, and other related topics.

Whether you’ve been following news on the conference closely or are just learning about it now, these 8 takeaways should help you get up to speed on all the relevant talk for international trade professionals, and give you something to think about.

1. Worries abound over the state of the global economy

Just 8 years after the biggest recession in modern history, leaders are worried that the global business environment is moving towards a state of recession, once again.

Stock markets have performed poorly so far this year, particularly in China, and there is little faith that the global economy will reach the IMF’s forecasted growth rate of 3.4% for this year.

While headlines were dominated by the presence of celebrities like Leonardo DiCaprio, Will.I.Am and Bill Gates, the conference also gave opportunities for significant discussions on crucial import export topics.

Does the marketing and attention around the presence of these celebrities, in your opinion, overshadow the important issues being discussed, or bring a greater focus to them in the popular media?

3. Currency exchanges are making it more difficult to for American companies to export to Europe

Tyler Malcolm detailed how, as the U.S. raises interest rates and the European Central Bank continues to increase the cash flow in the Eurozone, the U.S. dollar to Euro exchange rate becomes worse, and makes it harder for European consumers to afford American goods.

The Russian rouble is also sinking, dropping by 20% in the past year compared to the U.S. dollar, and hurting trade between the two countries as well.

4. The explosion of technology could revolutionize the supply chain

In line with the “Fourth Industrial Revolution” theme, there was a great deal of discussion on everything from IoT to robotics, and how they will influence the way goods are created and shipped around the world.

Concurrently, however, was an underlying worry of how those trends may affect middle-class jobs in international trade, particularly in supply chain, a topic which will remain one of intense discussion going forward.

5. How would a Brexit affect your UK market entry strategy?

For months, David Cameron and other senior British leaders have mentioned the possibility of a vote concerning the UK’s continued membership in the European Union.

While Great Britain is not part of the Eurozone, its exit from the EU would have a major impact on the size and wealth of the EU market, and give many companies reason to re-evaluate their current market entry policies in both British and other European markets.

Former New York City mayor Michael Bloomberg announced that he was chosen to head up a new Financial Stability Board (FSB) initiative.

Its main goal is to create a widely adoptable carbon reporting method that can be used to understand the risks some companies may face in reaching climate change goals, and give them time to adapt to the new measures.

This research will be critical for many companies, especially those involved in exporting and importing oil and gas products, to create a business plan that is financially and environmentally sustainable long-term.

With Europe continuing to receive a steady influx of refugees from Syria and elsewhere in the Middle East, some are questioning whether the Schengen open border agreement, in place since 1985, needs to be revisited.

If changes were made, this would have a significant impact on the movement of goods across European borders, and cause a whole host of legal and regulatory changes for European companies importing and exporting goods across these borders.

8. The move towards equality at Davos

One of the greatest criticisms of the conference is that the attendants do not reflect the gender and racial diversity of those involved in international trade.

While the conference took an important step in having an equal gender balance in its co-chairs, still only 18% of attendees at the conference were women, a rate that many are demanding to be improved in the near future.