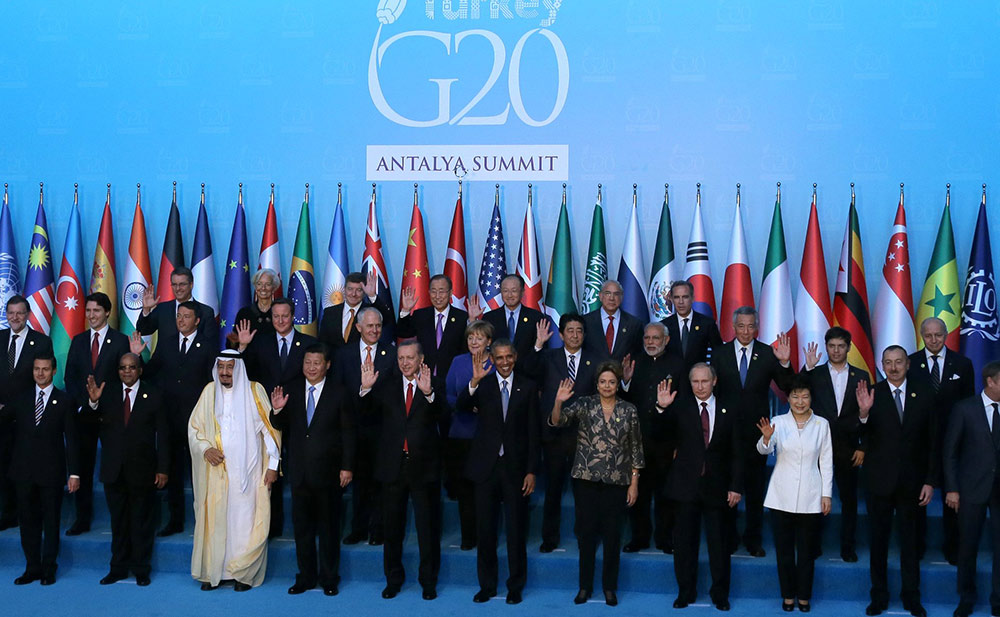 It has been a unique privilege to be nominated as a delegate for Canada to the B20 Task Force on Financing Growth, and thereafter, to receive an invitation from the organizers to attend the final summit meeting, including a joint session with Heads of State for an even smaller group of participants.

The horrific events in Paris were very much in the hearts of participants, and even in that sadness there was a palpable sense of determination, particularly among several French delegates with whom I interacted over the summit weekend.

One gentleman, whose wife is a medical professional at a hospital near one of the hardest hit areas, reminded us that it was France that brought the aspiration of “Liberté, Egalité, Fraternité” to the world.

The heartfelt comments of IMF Managing Director Christine Lagarde on a panel at the B20 session were equally moving in their reminder of the value of even an expression of support and concern for friends and colleagues across France.

The words to inspire us all

The parallel tone of the event, and the privilege of being “in the room” at the B20 was brought sharply into focus for me in Frankfurt, just before leaving for Turkey. It transpired that a woman behind a cash register whom I spoke with briefly had just been to Antalya.

Her parting words, “do your best for the rest of us,” echoed in my mind several times over the next few days, even though I did not have the opportunity to express to this citizen approaching her retirement that my involvement was very narrow, peripheral and limited.

Her words should, however, resonate with those leaders in Antalya in the business community, and certainly in the political leadership, as well as various complementary streams of activity.

The privilege of true leadership should come with a compelling sense of duty to ‘do the best for the rest of us’ and a determination to deliver substantively, even on the toughest issues.

Today’s strong leadership is looking at the bigger picture

As an unabashedly proud Canadian, it was excellent to see our new Prime Minister make his international debut at the B20 session in Antalya, very warmly received by top business leaders and the heads of various international organizations who shared the podium with Prime Minister Trudeau.

It was good to hear Financial Stability Board Chair and Governor of the Bank of England Mark Carney (another fellow Canadian) speak with focus and authority on the efforts underway to assure long term stability in the global financial and economic system.

And from the perspective of the work of our Task Force, it was inspiring to hear Governor Carney specifically mention trade finance in his remarks.

Trade finance is an esoteric domain, the critical importance of which is increasingly appreciated in business and political circles today.

Business leaders, including the CEOs of Coca Cola, Nestlé, SEB Bank, Sabanci and numerous others, were in attendance, as were the heads of the IMF, the WTO, the OECD and the International Chamber of Commerce. One striking undercurrent in the formal remarks, and in the exchanges which followed, is a sense among even the most hard-core business leaders that we need to start thinking more, and more seriously, about the bigger picture.

Numerous interventions reflected notions around the social responsibility of business, the role of commerce in international development, poverty reduction and peace and security. Chief among them was the imperative for executives to think long-term, and to think strategically about issues like sustainability and climate change.

This discussion is crucial, even as some sectors struggle with post-crisis regulatory issues, inconsistent legal standards across borders and issues like skills gaps and labour mobility.

A cynical view might suggest that such musings are shaped by the context, and by the high visibility of the B20/G20 event. However, the sincere non-verbal cues – of certain speakers in particular – were undeniable, and the global nature of the gathering ensures a wide range of perspectives, reference points and ideological leanings.

All of it was underpinning a far-reaching exchange of ideas, even for the business-focused stream of the B20.

Several senior business leaders advocated directly and energetically for ratification of the WTO Trade Facilitation Agreement, and WTO Director General Azevedo, also a promoter of the importance of trade financing (as shown in his remarks at the Conference for Financing and Development in Addis Ababa last July) invited business leaders to engage more directly with the WTO going forward.

The crucial role of trade in the creation of economic value, reflected in part by the growth of global GDP, was specifically addressed by OECD Secretary General Angel Gurria.

Financial and economic inclusion, as well as the importance of small business, were also recurring themes, addressed directly or through advocacy for the Trade Facilitation Agreement by delegates like Guler Sabanci, Chair, Sabanci Holdings and Sunil Bharti Mittal, Chairman and CEO, Bharti Group, and Vice Chair, International Chamber of Commerce.

The critical role of small business in underpinning economic growth was widely acknowledged, not only at the Antalya Summit, but in the year-long work of the various B20 Task Forces, and the reports and recommendations produced by each task force.

The dialogue and deliberations of the B20 Summit touched on numerous important points, and reflected a high degree of alignment on several major business-related themes, even those with wider and more complex implications, and a focus on the tag line “Business Diplomacy at its Best”.

The Turkish Presidency explicitly sought to maintain continuity with the efforts of the B20 Australia summit in 2014, and directed task forces to focus on the generation of implementable ideas and implementation.

Even with this focus and alignment, it is understood that one of the objectives of the business stream – gaining the attention and support of the most senior political leadership of the G20 – is a very difficult task, given the many highly sensitive priorities vying for attention.

The channel is very narrow, and demands a short, focused message, even with the support of organizations like the International Chamber of Commerce and many others actively and strongly supporting such efforts.

While reaching the G20 is an important objective of the B20 (and other parallel) processes, in the end, the research, analysis and recommendations of a series of task forces with world-class chairs and knowledge partners, stands on its own merits.

The year-long work of task force members serves as an excellent global basis for the development, sharing and dissemination of transformational business policy and practices.

Preparations are already underway for the next G20 and B20 events under the Presidency of China in 2016, with the official handover completed in Antalya.

It is incumbent upon all of us, however, to ensure that the work completed over the past year becomes part of an iterative, evolving process and contributes meaningfully to doing “the best for the rest of us”. 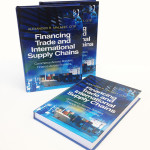