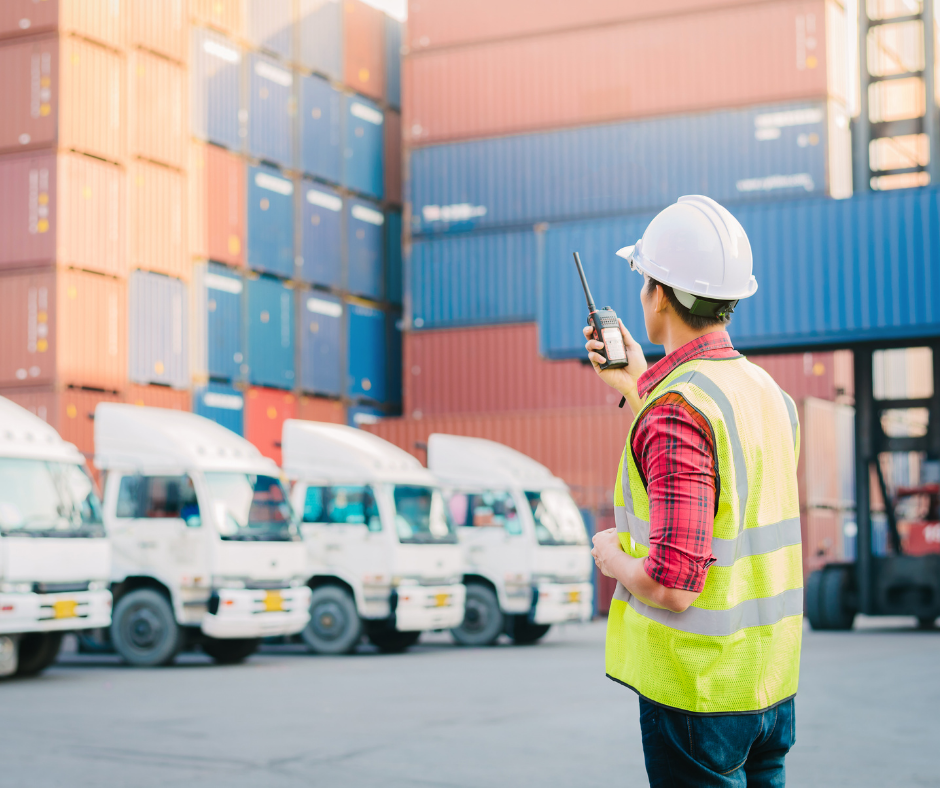 When trading goods across international borders, the period of transit has a high level of risk because goods are moving and may be handled by several stakeholders.

There is also a high cost of liability should anything happen to a shipment of goods. Transport documents provide a record of the movement of goods and who is responsible for the goods at any point during time in transit. Sometimes these transport documents are referred to as cargo control documents.

In this article we’ll focus on Bills of Lading (BOL, B/L), a key, legally binding piece of documentation issued by carriers.

A bill of lading is therefore a contract between a shipper and a carrier for the transportation of goods to the destination named in the contract.

What’s included on a bill of lading

The information specific to a particular transaction appears on the face of the bill of lading and should include:

The general terms and conditions of the contract, including the carrier’s responsibilities and liabilities for loss or damage to the shipment, usually appear in fine print on the reverse of the document. Carriers have their version of a bill of lading for the shipper. The clauses on the back of bills of lading set the limits of liability and specify carrier exemptions. These terms and conditions are regulated by domestic legislation and the international conventions applicable to each mode of transport.

Other types of clauses relate to specific types of cargo such as live animals and dangerous goods.

The many different types of bills of lading

Liability is not usually open-ended or automatically set at the value of the goods, but can be limited by a formula applicable only under certain conditions. There is no uniform maximum limit of liability applicable to all modes of transport.

Each mode of transport has its own bill of lading, governed by its specific regulatory legislation or international convention, and therefore has its own limited liability.

When the shipper accepts a bill of lading, they acknowledge that the contract includes the terms printed on the document. There may be two or more originals issued depending on what is needed for the financial transaction, or the terms and conditions of the sales agreement/contract.

A bill of lading is required as legal proof of ownership should the shipper or consignee enter into a dispute with the carrier, the insurance company, or each other.

A negotiable bill of lading is usually required for letter of credit or documentary collection payment arrangements. Negotiable bills of lading can be bought, sold, traded, or used as collateral for borrowing money. It signifies ownership of the goods. It is very important for the consignee to ensure they have all the original forms of the bill of lading.

Bills of lading can reflect the type of carriage being used to ship the goods in addition to a marine vessel (e.g. rail, road, and air). It can reflect the condition of the cargo (e.g. clean, soiled), the conditions of shipping (e.g. on deck, under deck), and the conditions of financial requirements. They can also be arranged to reflect the use of a number of carriers or a single carrier, the use of a variety of transportation modes, and a carrier with cargo from a number of shippers. Bills of Lading are often abbreviated as B/L or BOL.

Ocean/Maritime/Port to Port bills of lading are used when freight travels internationally over an ocean or sea. They are generally considered most important due to the distances covered, time frames, and size and value of shipments. Information includes the name of the party to be notified at the time when the shipment arrives or is unloaded at the point of destination. 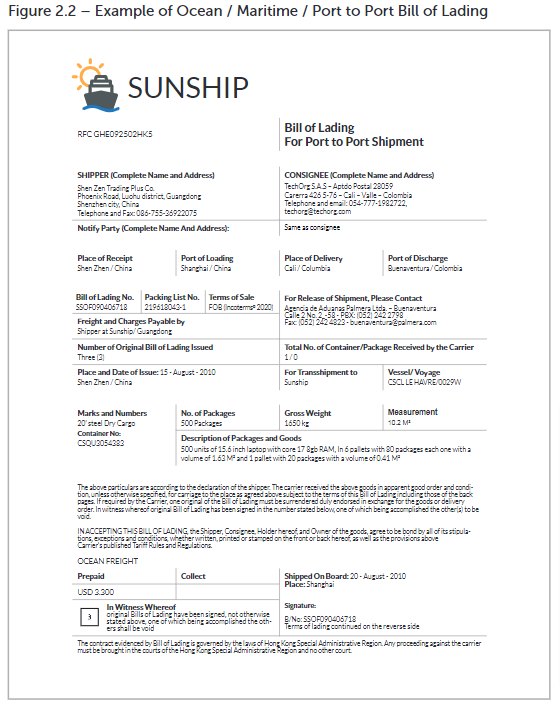 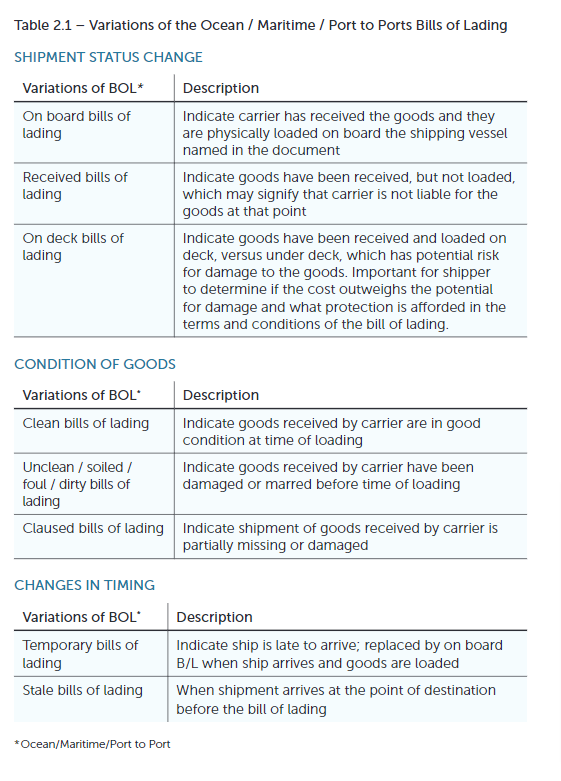 Straight bills of lading are used when goods are already paid for and being shipped directly to the customer and is non-negotiable.

“To order” and “blank to order” bills of lading are used when goods have not been paid for and the bill of lading is proof of ownership. This form of B/L is negotiable, i.e. can be bought, sold, and used for collateral before goods have arrived at the point of destination.

House bills of lading are used by freight forwarders for consolidated shipments of goods from different shippers. Will consist of all the B/Ls for each shipper participating in a consolidated consignment. These B/Ls are not negotiable.

Mode of transport-related bills of lading

Some bills of lading are related to the modes of transportation or number of carriers involved in getting a shipment to its destination, for example:

Direct bills of lading are used when the same vessel picks up the shipment and delivers it to its final destination.

Intermodal bills of lading are used when a shipment uses several different carriers for different segments of a shipment’s journey to the final destination, but do not consolidate the terms and conditions or responsibility of the carriers. Each carrier is responsible for their leg of the journey under the terms and conditions of their own bill of lading.

Multimodal/combined transport bills of lading are used when one carrier assumes responsibility for the shipment over several different carriers with the same terms and conditions applying to all the carriers.

Inland bills of lading allow shipping carriers to transport shipments by road or rail but not by sea.

Charter party bills of lading are used when shippers use chartered vessels instead of named carriers to transport their shipments.

This article is an excerpt from the FITTskills Global Value Chain course. Keep your customers, clients and suppliers happy by transporting goods in a timely manner and in compliance with all regulatory requirements.
Learn more!