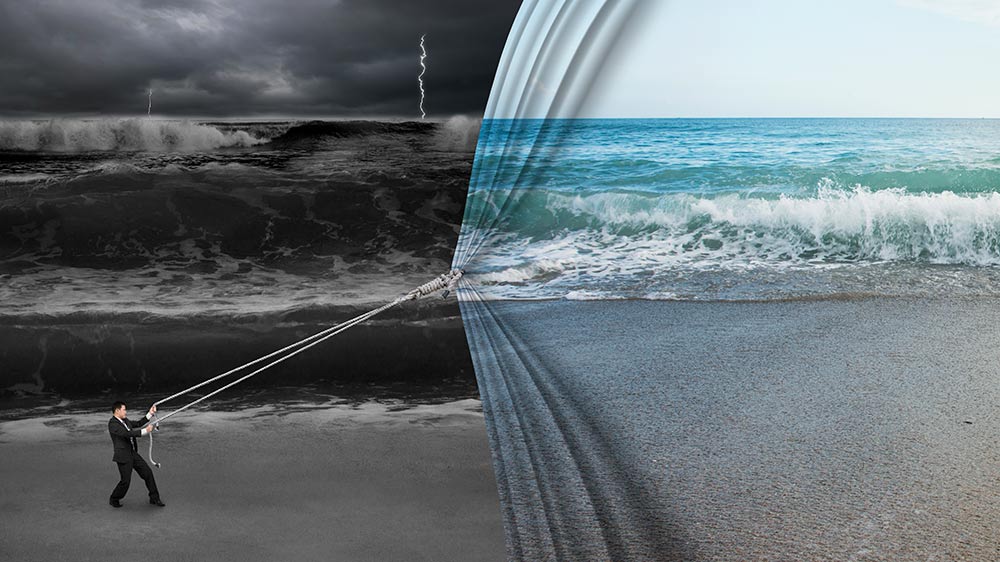 Although crystal balls are rather fickle, fuzzy, and fragile, it is worth tuning in to the qualified insights of the moment and to consider what these messages portend for the immediate future of international trade, and Canada’s place within it.

In general terms, based upon my own experience in both government and business, I submit that the odds are very good for a tumultuous short-term (1-2 years) and a renewed and stable trade environment following on its heels.

Why does my future gazing suggest these general outcomes? More importantly, what actions could we take over the next few years to weather the choppy seas we face now and be ready to sail into the relative calm of the future?

We’ve been here before

First, it is instructive to remember that we have been through similar conditions before and have survived.

Trade spats with the U.S. are not new, and in some sectors like softwood lumber, have been going on for many years.

I remember some of our provincial negotiators lamenting during the initial FTA discussions that the U.S. team was impossible to work with, and eventually we sailed past that intransigence to an agreement that morphed into the NAFTA we know today. While current conditions are not exactly the same, there are similarities. What matters now is that we must get past the near term, and the near term does not look very stable or encouraging at all.

While I fully expect that the Trump tariffs will eventually be seen to be what they are – a tactic characteristic of a self-styled and questionable “negotiator” to gain leverage for his short-term economic objectives – they will cause short-term pain for everyone on the other side of the negotiating table.  That includes Canada (again) along with China, Europe, and any other nation that trades or dares to trade with the USA .

Second, we also need to consider the economic context in which we currently find ourselves.  In the corner of my crystal ball that focuses directly on likely economic outcomes for consumers and businesses in both countries, we will most likely see an inevitable increase in prices for traded goods that have been affected by the tariffs.

As most economists predicted, adjustments in pricing for anything that contains aluminum and steel would be the first to take place. These increases are now emerging in the market place – from the price of a milk truck tanker to a can of beer. Beyond these examples, the list of affected goods we use everyday will expand as each country retaliates with additional measures. Moreover, all of this is happening at a pivotal time in the current economic cycle.

Given that our economic expansion over the past several years is long in the tooth – and at this stage of the cycle employment tends to tighten and wage expectations rise in tandem – the specter of inflation looms large. We have already seen the numbers tick past the 2% benchmark set by the bank of Canada and the Federal Reserve in the U.S., prompting regular incremental rate increases. While the Bank of Canada’s recent pause in rate increases offer a short-term reprieve, further increases loom large.

Third, the good news is that even though we face these challenging near-term outcomes,

The world trading system has come too far, and become too sophisticated and intertwined, to be usurped by a rogue President who flouts the rules and patterns of the past 80 years.

Near-term forces, driven in part by the current trade wars and tariff fiascos, create the conditions for a perfect storm of economic consequences that will take the steam out of both our economies – and indeed other economies around the world. But, however trite it may sound, it will get better in the not-too-distant future.

Consequently, in order to reach the calmer seas that I foresee in my crystal ball, what actions could governments and businesses take to ensure we are ready to seize the opportunities that assuredly lie ahead in international trade?

Progressive trade developments are in the works with government support

Governments at all levels need to be judicious with respect to their current and short-term expenditures. As the rewards of the buoyant economy pour into their coffers, these funds should be conserved for possible stimulus if inflation takes hold, the economy temporarily tanks, and consumer spending and business investment stalls.

An instructive bellwether for such actions can be seen in current Chinese actions. The Middle Kingdom, well known for thinking in terms of centuries and millennia rather than short term circumstances, has already budgeted for extensive domestic and regional infrastructure projects to weather the coming storm. Infrastructure Canada, for example, is well positioned to take on such challenges. Should the need arise, it could deploy funds for significant infrastructure improvements (like the Gordie Howe Bridge and seaway/port improvements). Similar actions have the potential to have a positive impact on provincial as well as local jurisdictions and could facilitate trade.

The addition of a Minister for International Trade Diversification is an excellent move to bring more focus to the importance of, and support for, trade diversification. While Global Affairs Canada and provincial trade agencies have worked to promote and encourage businesses to look beyond the United States for trade opportunities, we remain too dependent as a trading nation on our southern neighbour.

Additionally, the prospect for improved domestic trade should not be ignored, and the failure of the provinces to address and eliminate interprovincial trade barriers is a national travesty. More fluid and open trade between domestic jurisdictions would assist many of our industry sectors to prosper, and in turn, grow into companies that become capable and emboldened global traders.

Businesses can drive positive change in the trade landscape

Even if the economy dips into a temporary funk, it is hoped that many businesses have learned lessons from past down turns. It appears that in many sectors there is a reticence to make additional investments and seek new business outside the North American cocoon. However, this is the time to seriously consider such actions.

Investing in capacity and trade diversification is especially important for those businesses who have done well as the economy has strengthened and saved some cash for the inevitable rainy days.

In the midst of economic calamities, lower cost opportunities for investments emerge. If such investments are coupled with a vision to scale up and take advantage of trade opportunities in markets other than the U.S., the time and effort spent will often result in diversified sources of sales and have lucrative outcomes on the bottom line.

Increased engagement with local MPs or MPPs, either directly or through local chambers of commerce should be pursued to stress the importance of reduced barriers to internal domestic trade. The assumption that a collective voice on this important matter falls upon deaf ears is misguided.  Pressure, strategically and continuously applied, is necessary to make an impact on lawmakers.

Businesses should explore the opportunities presented by aforementioned free trade agreements and a well-established global trading environment supported by sound international institutions like the WTO.

Take advantage of the many experts and resources at your disposal

There is no time like the present to conduct preliminary market research on regions that appear to be compatible with a business’s current product or service offering. This research should include the use of the extensive services and market reports provided by Global Affairs Canada. The trade consul services of GAC assist companies in investigating new markets, first from the comfort of their domestic base and then on the ground in selected target markets. It is one of the best in the world in quantifying and qualifying trade opportunities.

Trade experts in Canada and abroad can also assist companies with:

Provincial trade departments and internationally based officers also offer a plethora of services to assist businesses in expanding their global footprint.

Crown corporations like EDC can also help businesses assess the risks they face and with a few well developed financial and insurance products. They can also help mitigate some of the more onerous risks that challenge companies in new markets and new customer relations.

Often various industry associations can be a conduit to these government services, and may also provide their own initiatives, support and assistance for foreign ventures.

Of course, the network of private trade professionals found within FITT’s network of CITPs can provide seasoned and experienced guidance and research services for businesses willing to tackle a new international market.

These are just a few of the actions that can be taken now. And despite possibly changing economic circumstances, once we emerge from the uncertain and tumultuous present, we will be well on our way to capitalizing on the opportunities that will continue to abound in the global marketplace.

A strong leader in the international business community, Floyd Simpkins, CITP has been contributing to trade and development for over three decades. His career spans both the public and private sector, as he has worked to promote trade and investment for the government of Ontario, helped individual businesses achieve global success, and positively impacted hundreds of careers by serving as a college and university professor. Floyd has also played an instrumental role in the development of the FITTskills curriculum. View all posts by Floyd Simpkins