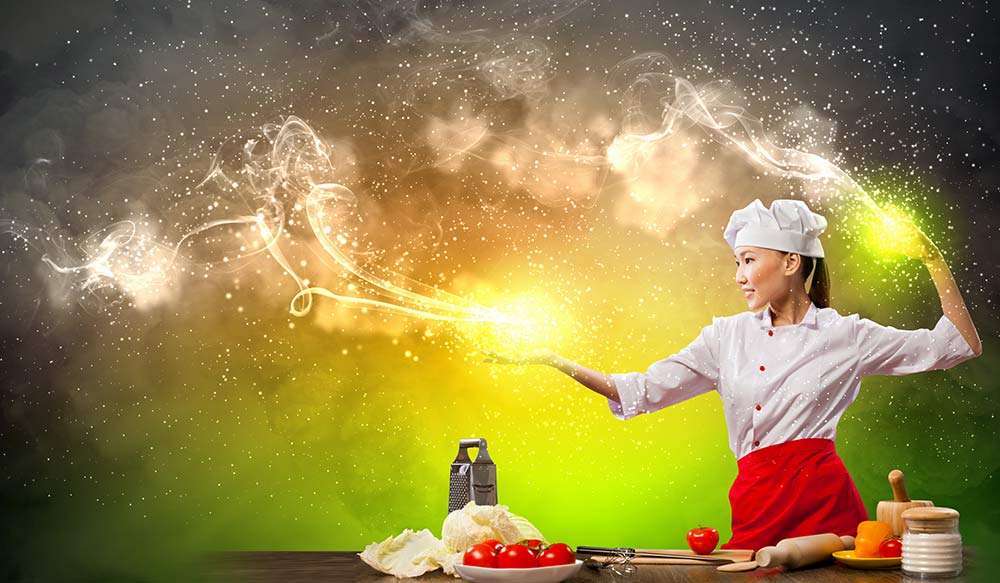 Innovation has become a necessity for all firms wishing to continue their survival in this disruptive and competitive environment. But the process of innovation is much more easily conceived of than completed. So what is innovation, and how can a business set out to truly innovate?

Profits can poison the porridge

For some companies constant modernization and advancement just seems natural. In these companies and new innovations are developed regularly, while others are confined to riding the wave of the last innovation by making small product adaptations or branding.

What sets these companies apart, though? What is the “stuff” that exists in one but not the other?

The start of a new product is always an idea, but where do ideas come from? In the new season of ‘F is for Family‘ on Netflix, there is a scene in the boardroom of a Tupperware company which is facing a loss of market share through increased competition, and needs a new product urgently.

An idea generation session is organised among the board members and the result are ideas which are totally disconnected from the company’s target consumers. The discussion of new products in this scenario started from the need to make up lost ground in market share and revenue. One can’t help but compare this backwards approach to innovation to companies who failed in their quest to stay relevant (Blockbuster video comes to mind) by missing the opportunity to create something new.

In his TEDx talk, ‘The Art of Innovation’ Guy Kawasaki, Chief Evangelist of Canva suggests that the focus should never start with money, but rather meaning. The money will come after, once you understand what you want to achieve. He cites the examples of tech companies like Apple, which tried to bring computers to everyone, and Google, which tried to make information available to everyone. It is this vision of democratization which drove them. These are now two of the most profitable companies on the planet. But if profits were the only goal from the beginning, they may not exist as they are today.

Interested in innovation? Check out Next Gen “Dragon” Nicole Verkindt’s keynote presentation on how your organization can embrace technology, disruption and innovation at Your Future in Global Markets Oct 2 -4, 2017.

Put the chef hats on the right people

The next question is – who should be involved in innovation? Are the board members the right people, or should this job reside in an R&D department? Forbes contributor Glen Llopis suggested that,

Innovation is not dependent on the participation of high-ranking executives, but on any employee that is a student of the business, knows their consumers and their specific need.

This makes sense because the employees are the ones engaged in production and sales and interacting with the customers. In many cases they are customers themselves. Llopis goes on to quote a Wall Street Journal article titled “Together We Innovate” which stated that most companies continue to assume innovation comes from the resident genius or small sequestered teams who retreat to a think tank and return with big ideas.

The article argues instead that “most innovations are created through networks – groups of people working in concert.” Chances are that a diverse group of people are more likely to generate unique ideas than a homogeneous group populated with people from similar backgrounds, education and life experiences.

Innovation does, however, require a certain type of person. Llopis describes them as courageous enough to take a leap of faith and follow it all the way through. Kawasaki supports this, adding that in the product development cycle there is a period when innovators need to shut out the naysayers, but as soon as the product is shipped they need to start listening to people and keep evolving the product.

Ideas and innovations can thus originate from anyone in the company who knows the business and consumer needs, but they must be courageous in seeing their ideas through. This also means that the leadership of the company needs to have some degree of trust in their employees. Llopis describes these leaders as ‘courageous enablers’ who take charge and embrace the role of a change agent in support of constructive disruption.

The dream of most companies is to develop that product or service which has its own market space, often referred to the “clear blue water” around them. These products and services generate their own demand and have no close competitors. Companies may think that the only way to achieve this is through invention – developing something totally new. However, Llopis defines innovation as an idea that represents a communal adaptation or application used and embraced by the masses.

Oftentimes what is required for successful market entry is a public embrace of the benefits derived from products, rather than what they do.

If Uber saw itself as a taxi service it would be still be utilising licensed taxi drivers. Instead it saw itself as a transport company, and was thus able to introduce something new – ride share services. The real innovation was a mobile application connecting passengers to drivers for hire, resulting in a sharing economy which set the foundation for other companies like Airbnb, Kickstarter and Craigslist.

So, what is the “stuff” required for new product development or innovation? It would have to be the courage among leaders to trust and enable employees, and the courage among employees to see their ideas through to implementation. And it has to start with a good understanding of what the business means to people.