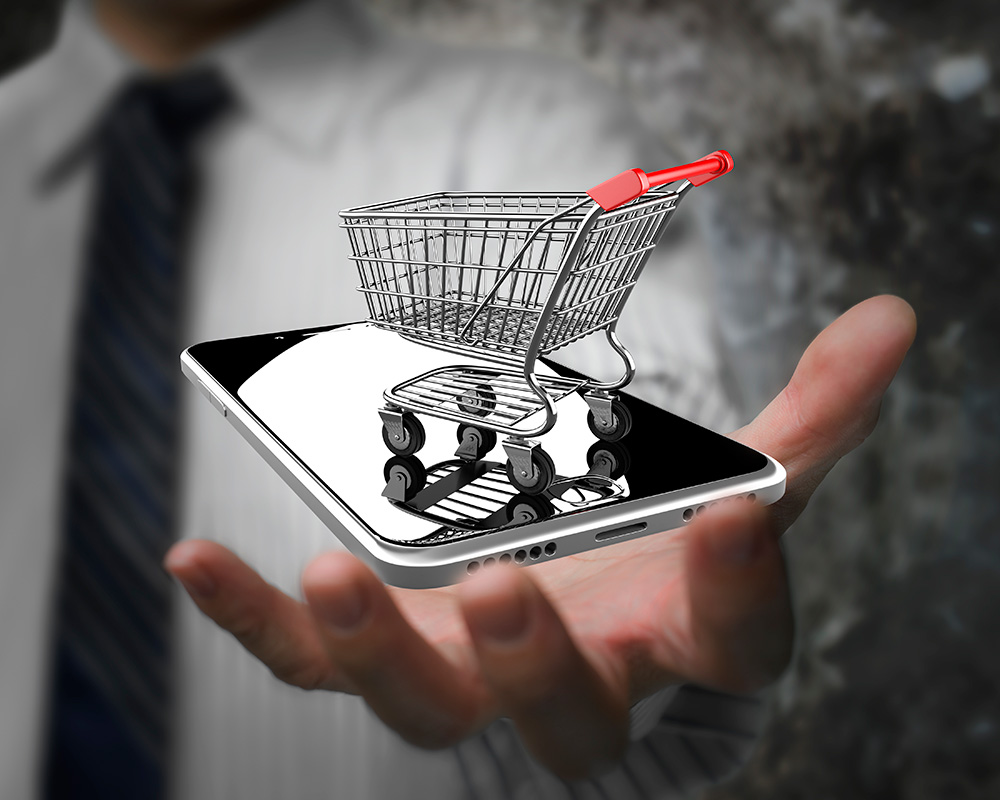 Any business that sells goods or services online, can call itself an e-commerce business.

Over the past few decades, a number of businesses have risen from very humble beginnings and adapted their existing strategies to become titans of the e-commerce world, worth billions of dollars.

Ebay, Apple, Walmart, and Amazon are all companies that perfectly exemplify this shift. Here is a closer look at these companies, and four lessons you can learn from them to boost your own business’s growth.

Founded in 1995 by Pierre Omidyar, eBay is an international auction website where people sell a wide variety of items. In just over two decades, eBay went from a small startup in San Jose, California, to a global e-commerce powerhouse. In 2016 alone, eBay generated a colossal $8.9 billion in revenue, making it a true giant in the industry.

Due to the extremely high volumes of transactions that eBay experiences every day (currently over 2 billion), the company needed to make its payment methods as swift as possible.

Since this acquisition, PayPal has been fully integrated into eBay’s system, and this swift payment option continues to help eBay process incredibly high volumes of transactions every day.

Apple was founded in 1976 in a garage in Los Altos, California. In roughly four decades since Steve Jobs and Steve Wozniak first started assembling computers together, Apple has grown into one of the largest companies in the world.

In fact, the computer and electronics business is so successful that it saw over $215 billion in sales in 2016, more money than many governments spend in a year.

Apple began as a personal computer company. Its early models helped to revolutionize the personal computing industry and bring computers into homes all over the world.

However, sensing opportunities to fill market needs with other types of products, Apple transitioned from being just a computer company, to a much more diverse products and services retailer in the electronics space.

For example, a large portion of Apple’s profits now come from smartphones, tablets, watches, and even iTunes, its music platform. In fact, iTunes alone generated over $16 billion in 2013.

So, the lesson e-commerce companies can learn from Apple is to avoid being pigeonholed into one type of product if you know that your company can deliver a wider range, and you also know that the market is demanding them.

3. Walmart: Adapting to keeping up with the competition is crucial

Historically, Walmart was built on a retail model with shoppers flocking to its many brick and mortar stores. However, in the last decade, Walmart has been transitioning to accommodate a larger e-commerce segment of its business.

In an effort to grow its e-commerce business, Walmart has made a number of key moves. These include closing or planning to close hundreds of physical stores around the world, opening a large e-commerce fulfilment center in Georgia, and hiring many programmers and software engineers to optimize its e-commerce platforms and apps.

Walmart also created its own competing version of Amazon Prime called Shipping Pass. This service only costs $50 per year, roughly half the price of Amazon Prime, while offering many of the same benefits, such as expedited delivery.

All of the effort that Walmart has made in its e-commerce segment, including a 30% growth in Q4 2016 alone in U.S. e-commerce sales, have helped the company to generate over $478 billion in revenue in 2016.

Although Walmart has been a dominant retailer for many decades, it faced the threat of losing a large amount of their market share to tech-driven competitors such as Amazon and eBay if it could not modernize to keep up.

Recognizing the need to adapt to keep up with the modern economy, Walmart has aggressively pursued its e-commerce offerings. This is proving to be quite successful and in the coming years, Walmart is poised to battle with Amazon and a few other major corporations for control of the largest shares of the e-commerce market.

4. Amazon: The importance of vision should never be underestimated

Amazon, one of the world’s largest retailers, was also founded in a garage, just like Apple. Amazon was founded by a 30-year-old entrepreneur named Jeff Bezos in 1994. He saw and understood the retail opportunities that the internet would provide far earlier than most, and created Amazon to take advantage of these opportunities.

Within Amazon’s first 60 days in business, the company was already generating $20,000 a week in sales. In just over two decades, Amazon has become one of the most powerful and successful companies in the world, with $135 billion in revenue in 2016. The company has also become synonymous with efficiency, innovation, and reliability. Today it sells an extremely wide variety of products all over the world.

The concept of Amazon is relatively simple; take real-life products and sell them over the internet. Many people could have taken this idea and ran with it as Jeff Bezos did. However, Bezos had the vision first, and beat everyone to the punch. That is why he was able to establish Amazon as a major market force so early into the “dot-com” revolution.

Bezos’ vision, combined with his work ethic, and the constant innovation of his company has allowed him to reach the lofty heights of the third richest person in the world. Vision is largely what propelled both he and his company and onto incredible levels of success.

Have any other lessons or tips for budding e-commerce entrepreneurs? Share them in the comments below!