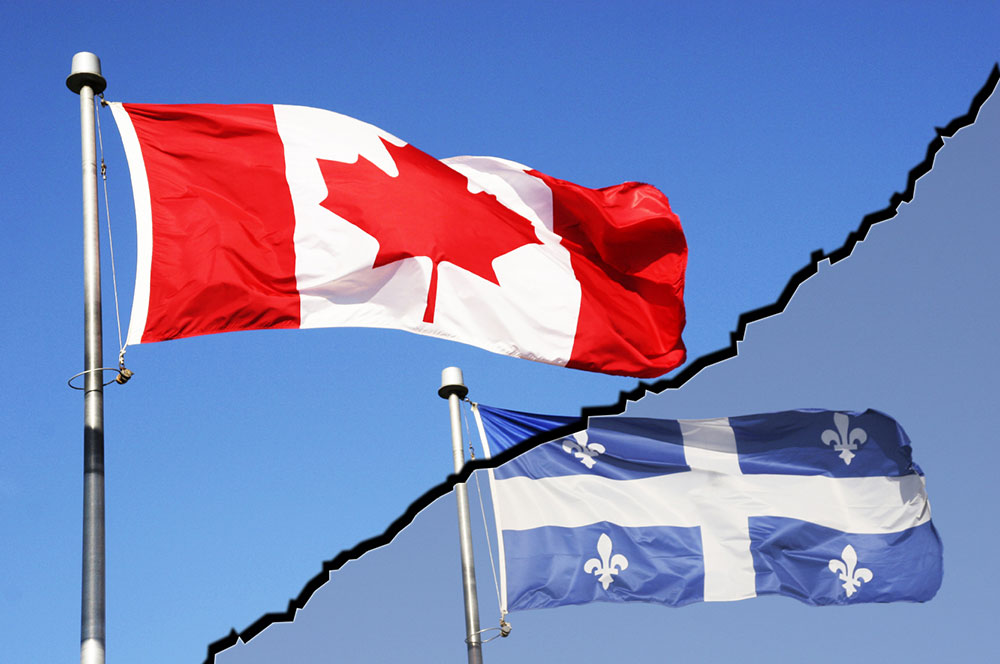 Canada is going through the specter of another separation threat from Quebec. What does this mean from an international point of view? Will other countries be willing, or even interested in doing business with Quebec? Will it maintain the credibility that it currently has as part of one of the few countries in the world that are universally admired? Will the world just shrug and move on?

If I were a Cameroonian or a Frenchman, I might sympathize with Quebec’s desire to protect its language and culture. If I were a Belgian I would understand the challenge of maintaining one’s language rights against another, and if I were a Haitian I would want to keep in contact with my many countrymen who make Canada their base.

But if I were an importer or exporter in the US, Latin America, Asia or even Europe (with its linguistic mix), I would have to pause before doing business with a new country which is suffering from massive job losses, has a debt that outpaces population growth, needs major healthcare restructuring, boasts of a series of public corruption scandals in government and in the construction industry … and has a divided electorate and an exasperated neighbour.

As an outside business-executive considering doing business with Quebec in the future, after having seen what the combination of politics and media control did to Italy, how could I rely on a country that boasts of having a multimillionaire media-tycoon as part of its government?

I would also have to consider the logic of a provincial government that chooses to separate from Canada, one of the richest and safest countries in the world, which has a banking system that works so well that others are trying to copy it, and from a country that is solidly partnered with the U.S. and Mexico, both of which speak English, the international language of business and a vital tool which Quebec refuses to accept as necessary to succeed in commerce.

From an international point of view, the illogical part of a separate Quebec is that the majority of the world has understood the importance of strength in numbers. For example, in spite of its linguistic, historical, political and cultural differences, all members of the European Union have managed to live together and become a global commercial force to be reckoned with.

Canada has also achieved this by partnering in NAFTA and negotiating trade partnerships with the EU and several other countries.

Therefore, the idea of “going it alone” would not be logical unless Quebec had the proven infrastructure and management ability to do so. The reality is that for many years Quebec has not balanced its budget in spite of the federal government’s support, which incidentally includes providing several billion dollars per year of generous equalization payments to Quebec as a “have-not province”.

If it can’t operate in the black under these conditions, how could it possibly survive as an independent nation on its own?

And if it separates from Canada, apart from other start-up expenses (army, currency, international agreements, etc.), how will it make up those dollars which Ottawa will obviously not donate to a foreign country?

Not business as usual after separation

From an international business point of view, many other issues would have to be reconsidered. For example, if a foreign company is exporting goods to Canada through the St. Lawrence Seaway, new agreements will have to be made since the Seaway is currently owned by Canada and the U.S.

The port of Montreal is Canada’s #1 container port – foreign companies who want to continue to do business with the rest of Canada would have to renegotiate their transport, and probably pay higher fees – will they want to? Canadian federally-licensed financial institutions (all banks for example) would no longer be able to operate in a foreign country except with representative offices, so foreign business executives will take their business (and money) elsewhere.

International airlines will have to renegotiate landing rights in Quebec’s airports and ensure their pilots speak French in order to be able to talk to uni-lingual flight controllers, etc.

There are no easy answers to these and other questions.

In order to avoid these difficulties, Quebec should look at the big picture to survive.

In spite of current international challenges (Ukraine, Syria, Scotland and others) and however difficult it may be, there is more to be gained from “togetherness” than separation. I can only hope that common sense will trump cultural and linguistic pride, and that Canada will survive this threat once again.