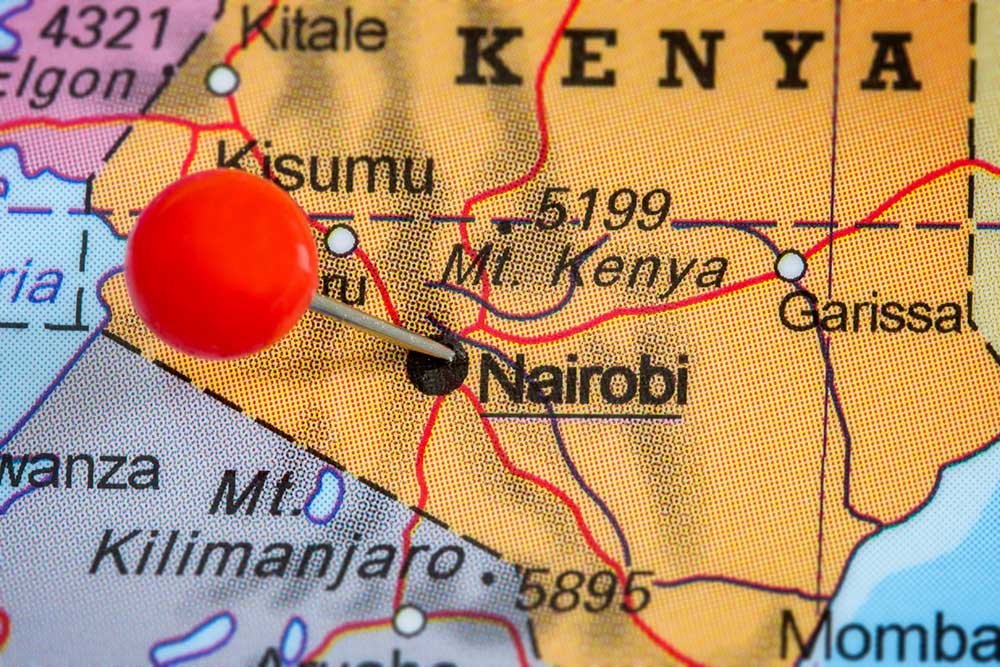 Stewart Henderson has travelled across Africa many times as the chairman of the Eastern Africa Association, a non-lobbying group of 400-plus investors based in Nairobi, Kenya who share information about politics and economics.

Over the course of his extensive travels, he learned that the best way for entrepreneurs are enter the East African market is to begin in Kenya and then fan outward with their offering to other states. More significantly, he says, they need to identify a niche market.

The latter point may seem obvious. Yet in daunting sub-Saharan Africa where, quite bluntly, it’s a “hell of a big challenge” to do business, it’s sometimes overlooked amid the market entry excitement.  The product or service being promoted must be “wanted and needed.”

“People will come to Kenya and say, ‘Wow, there’s a big market for shoes here,’ because they see all the children without shoes,” he said in a phone interview. “The reason they don’t have shoes is because they can’t afford shoes; it’s not because there aren’t any shoes.”

In another scenario, he said, foreign companies surveying the East African region for viable business prospects may venture to Ethiopia and see a massive banking opportunity to resolve time-consuming letters of credit. “But the point is, Ethiopians don’t want foreign banks. Full stop,” Henderson noted.

A tricky market with huge promise

Many countries are forecasting little to no population growth for decades to come. In contrast, according to Leland Clegg, president of the Africa Business Portal:

Sub-Saharan Africa is the new Asia of this century.

He says that the region represents a “huge opportunity in growth in markets and labour supply.” Africa is predicted to boost its portion of the international workforce from 10 percent to 37 percent by 2100, according to an IMF report issued this year.

Moreover, the major East African economies have strong GDP projections which are “much higher than the rest of Africa and much higher than in the developed world,” Clegg said. East Africa has not been as negatively impacted as neighbouring countries by the decline of commodity prices, he pointed out. And overall, Africa’s exchange rates have made it appealing for North Americans to import African goods.

For Canadian companies, the region is certainly worth exploring. In 2015, Canadian two-way merchandise trade with East Africa was $401.9 million according to Ryan Ward, a senior trade commissioner (Eastern Africa) based at the High Commission of Canada in Kenya. He noted that the IMF declared three markets in East Africa are among the 10 fastest-growing economies in the world: Tanzania (fifth, 7.2 percent growth); Ethiopia (sixth, 7%); and Djibouti (ninth, 6.7%).

East Africa’s prospects are greatest in the energy, construction, IT and agricultural sectors, with opportunities varying by country, Clegg added. Although oil is not as abundant in East African states as in other resource-rich areas of the continent, current investments in renewable energy sources such as solar, hydro and clean energy variations such as natural gas are likely to grow dramatically.

On the technology side, Clegg said Kenya has led the way in a continent that basically skipped telecom lines and moved directly to mobile, adding that the country is “much more advanced in mobile banking than the U.S.”

East Africa also offers possibilities for food manufacturers – but not for all players in the agricultural industry, cautioned Henderson. He said maize and other types of big farming are impeded by the lack of suitable land, especially in Kenya which is comprised mainly of desert.

Henderson is also involved with an organization that makes high-end cooking oil from avocado pears and sells it to Europe. He said food companies linked to specialist, niche markets requiring the high-altitude weather of Kenya to grow their crops are best positioned. He further noted that macadamia nuts are a promising product in the country, which are often grown by contract farmers with high literacy rates, no tolerance of pesticides, and the ability to satisfy European standards.

Kenya is a hub for all of Eastern Africa

Without a doubt, Henderson argued Kenya must be the starting point for companies formulating a market entry strategy to East Africa. He adds that “if it’s going to work, it will work here.” He suggested setting up operations in Mauritius for tax reasons, creating a head office in the Kenyan capital of Nairobi for administrative purposes, and from there assessing whether the product or service may be exported to nearby Tanzania, Uganda or Rwanda.

The allure of Kenya is based on high growth, first-world infrastructure, banking and auditing systems, and the capitalist leanings of its largest ethnic group.

He also noted that the cost of power is declining as wind generation and other renewable sources come online, and these developments have created big opportunities for foreign firms involved in geothermal energy – from “consulting engineering all the way to on-the-ground operating.”

In other East African countries, opinion is mixed on the possibilities versus the roadblocks. Although gold projects in Tanzania, for instance, are established and faring well, “gas is very much in its infancy, with speculation in oil as well,” said Henderson. In his view, the major challenge is that socialist Tanzania is struggling with how to exploit its gas reserves and “make proper money out of it.”

Uganda, too, has its share of problems, he said. President Yoweri Museveni, at the helm since 1986, has been in power for too long and he and his family are interfering in the oil and gas industry. The country is considering building a pipeline to Tanzania, but that will take years.

Yet Ward said he spends much of his time attending trade shows in East Africa and offering Canadian companies a sense of how countries like Rwanda and Ethiopia have grown over the past decades, and deserve more attention.

How to compete without falling into the corruption trap

Global firms navigating Sub-Saharan Africa also “must decide what level of corruption they’re prepared to tolerate,” Henderson suggests. If local players believe a new entrant will pay, “they then have ways of delaying things.”

Companies embarking on a new venture in East Africa should dispatch expats on the ground to manage operations in a way that reflects their corporate culture.

There are some new channels available to help manage the local uncertainty, though. The aim of the Africa Business Portal is to connect North American small and medium-sized businesses wishing to enter the African market.

The organization has 100 advisers on both continents “who are committed to play by the rules,” and provide them with “large-company resources,” said Clegg, whose initiative was launched in October 2015 after seven years in development. The experts include multinational executives, former ambassadors, NGO executives and educators, as well as service providers such as attorneys, accountants, logistics people, and specialists in energy and agriculture.

Moreover, Canadian companies may turn to the country’s Trade Commissioner Service for free access to expertise and networks, added Ward. “At the most basic level, our trade commissioners help clients understand their potential in a given market, connect them with qualified contacts in the right organizations, and provide support if clients run into problems,” he noted, adding that his team also organizes business missions and trade shows.

Once set up in East Africa, Henderson said North American firms will vie with the region’s traditional trading partners of India, Europe and the U.K. Yet “China is the one you’ve got to watch,” he warned, as the Asian country is investing in large infrastructure projects such as railway lines and bringing in their own people. “You’ll often find your competition will have no scruples on bribery and paying people better deals.”

Canada, however, has a different take on China. “Rather than looking at Chinese companies as competition, we are increasingly seeing them as potential partners,” said Ward. The bulk of Canadian companies are SMEs and lack the capacity to take on major infrastructure projects.

This is why they should seek out subcontracting opportunities with “select Chinese companies already active in the region,” he advised. On the energy infrastructure side, for example, a number of East African states are interested in building major pipelines to facilitate the movement of crude oil – an opportunity for Canadian companies impacted by the downturn of the domestic oil and gas industry, Ward noted.

In Ward’s experience, the greatest impediments to Canada’s trade with the region are an outdated perception of Africa and a reliance on traditional markets. “The growth numbers speak for themselves,” he said. “If Canadian companies don’t take advantage of the opportunities presented by these expanding economies, other countries will.”

Fawzia Sheikh is vice president of marketing for the Organization of Women in International Trade-Toronto. She also develops commercial conference programs connecting vendors with potential customers, and has worked in Canada, the U.S., East Africa, the Middle East and South Asia. She can be reached at fawzia@idirect.com. View all posts by Fawzia Sheikh